The Tokyo Paralympics came to an end this weekend, closing the book on another spectacular carnival of para-athletics, with some incredible sporting moments from some truly remarkable people. A new audience has discovered the entertainment on offer in para-sports, and it will surely only grow moving forward.

The 2020 Games were not ideal for anyone. Not just for being delayed as a result of Covid-19, but for the pandemic having left the Paralympics without its heart, the supporters. It’s such a shame that these superhuman competitors couldn’t share their euphoric moments with crowds. The hope is that when Paris plays host in three years’ time, the spectators will turn up in their masses thanks to the rising interest in the sports on show over the past fortnight in Japan.

There have been some incredible moments over the course of the last few weeks and these sensational athletes have achieved unbelievable feats. Most of the headlines were pinched by Dame Sarah Storey, who made these Games truly unforgettable. She made British history as she claimed her 17th career gold by defending her C 4-5 road title, thus becoming the most successful Paralympian in the country’s history.

Having thrived as a competitor in both swimming and cycling, she is one of the greatest athletes of all time. Her story and her success will inspire the next generation and if this was the 43-year-old’s finale at the Paralympics, there was no better way to sign off.

In a remarkable summer for ParalympicsGB, they come away from Tokyo as the second-highest medal earners, having claimed 124 medals in total, 41 of which were gold. One of the more historic golds was achieved by the wheelchair rugby team. 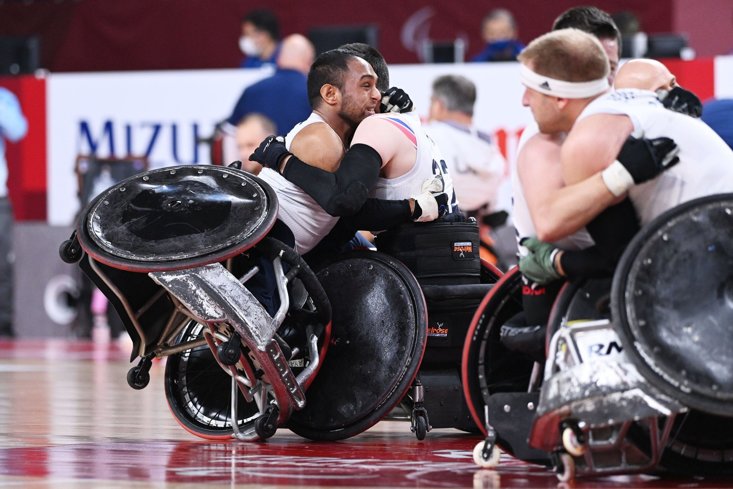 They came into the Games as the current European champions but they had never managed to collect a medal at the Paralympics. Since the sport’s debut in Sydney, GB had finished fourth twice, fifth twice and sixth once. And after having their funding cut by UK Sport after Rio in 2016, before it being partly restored, it seemed that they were going to take a step back rather than forward. Then the pandemic affected training and it seemed that the Paralympic dream was fading. Spectacularly, the dream became a reality in Tokyo. They suffered a setback against USA in a pool defeat before getting their revenge in the final to claim that elusive medal, and a gold, no less. A great sporting tale.

A similar scenario unfolded as the British Para-Equestrian team overcame setbacks. Eight-time champion Sophie Christiansen was ruled out after her horse picked up an injury before Sophie Wells needed a new horse as her first choice picked up an injury. This magnified the pressure on the team of Wells, Lee Pearson, Natasha Baker and Georgia Wilson, and they triumphed against all the odds with horses that had never competed abroad before. They retained the Paralympic Team title, which Britain has held since its debut in 1996.

One of the moments that captivated the world at the Games was Egyptian Ibrahim Hamadtou, who proved you can achieve anything you put your mind to, playing table tennis with his mouth after losing both of his arms. Another feel-good story featured the two athletes from Afghanistan, Houssain Rasouli and Zakia Khudadadi. The pair thought their Paralympic dream was over when the Taliban took control of their country last month but they were thankfully evacuated and made their way to France. It put a lot of things into context and it was one of those stories that delightfully had a happy ending. Some things are bigger than sport.

With the profile of the Paralympics on the rise, its popularity will only increase in the build-up to Paris 2024. Let the countdown begin.