Football
News
The former Arsenal keeper is thriving at Villa, much to the chagrin of The Gunners
Elliott Bretland
08:00, 06 Feb 2021

As Bernd Leno trudged off the field after being shown a red card in the defeat to Wolves, Arsenal fans could be forgiven for instantly seeing one former Gunner in their head and ruing the fact he was no longer at the club. That former Gunner is Emiliano Martinez.

The Argentine spent eight years at the Emirates before leaving and is now thriving at Aston Villa, surely much to the chagrin of Arsenal’s loyal and frustrated fanbase. That’s in part because Arsenal’s current number one, Leno, the man who kept Martinez in the shadows for the previous two seasons, merely added to his club’s woes on Tuesday night at Molineux.

During a complete moment of madness, the German rushed out of his box as an innocuous ball flew forward and elected to jump through the air and handle the ball. After the sometimes calamitous David Luiz had been sent off in the first-half for a clumsy run which saw Willian Jose clipped, Leno’s error of judgement left Arsenal with just nine men. 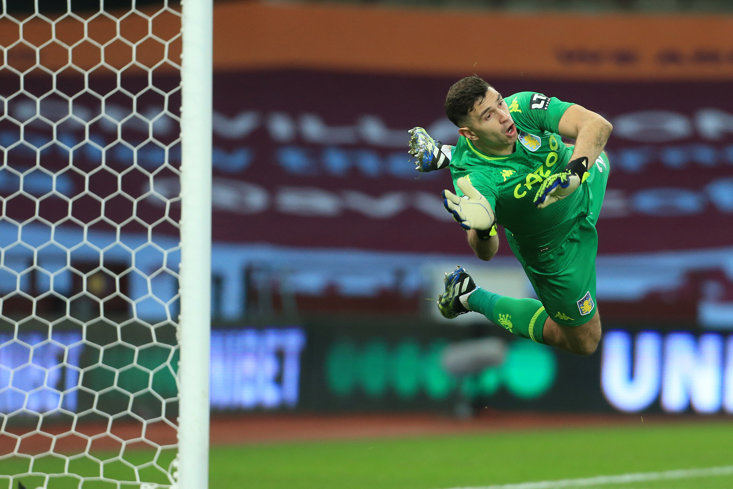 Martinez has been in Excellent form for Villa, Getty Images

Manager Mikel Arteta has had to make some big, tough calls since taking over from Unai Emery. An FA Cup-winning player with the north London club, the Spaniard knows first-hand the expectations and demands from the fanbase, and witnessed the malaise which took hold during the latter days of Arsene Wenger’s tenure. As he looked for a freshness at the Emirates, Mesut Ozil was jettisoned to Fenerbahce. Arteta has made massive changes but one he may regret is the sale of Martinez.

Making 23 appearances for Arsenal last season, the shot-stopper impressed after last season’s restart and some supporters felt confident he should keep his position. However, with Leno the main man, he was allowed to leave, to Villa’s great benefit.

Playing for the Midlands club, Martinez has 10 clean sheets in 20 appearances this term compared to Leno’s eight in 22. He has made 72 saves, 18 more than his ex-teammate and also has a better save rate. He is more commanding too, making 26 claims while Leno has managed just 10. Looking at the statistics on paper and the pair on the pitch, in short, Martinez has been the better keeper.

Having admirably spent so much time waiting for his chance at Arsenal, he’ll be pleased to welcome his old pals to Villa Park on Saturday lunchtime but he’ll be desperate to keep them at bay and add to their tumultuous season. Should Martinez keep another clean sheet, Arteta’s judgement will again face criticism.