Jamie Vardy recorded his 125th strike in the top-flight last weekend against Brentford, a magnificent milestone for the former non-league superstar. Next on his list is Arsenal, who Leicester City host on Saturday afternoon, and you wouldn’t bet against the Red Bull swigging, party bringing forward to add a few more.

The Gunners are always nervous when they square-up with the ‘Fantastic Mr Fox’ because he always seems to score against them - 11 times to be exact. His frightening goal record against the north London club has come in just 12 appearances. Only Wayne Rooney has scored more times (12) against them in the Premier League era.

The Sheffield-born striker must absolutely love finding out when these fixtures take place when they are released in the summer, likely rubbing his hands thinking to himself that there’s at least two goals already confirmed for the campaign ahead.

The rise of Vardy is an epic tale within football, the rags to riches label always attaching itself, but he has outshined some of the bigger names with his mouth-watering goal record since he first made the step up to the peak of English football. He currently lies 16th in the all-time goal charts, one goal away from Robbie Keane and two goals off Jimmy Floyd Hasselbaink, and with his excellent form against the Gunners, he could match or surpass these two former greats this weeknd.

The 34-year-old has faced Arsenal under three managers, Arsene Wenger, Unai Emery and now Mikel Arteta. None of these managers have been able to crack the formula to shut out the English frontman. 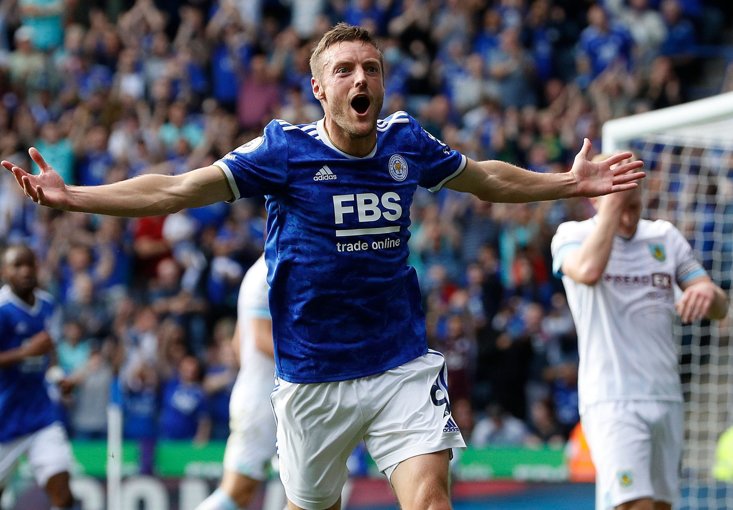 His mental awareness and blistering pace on the pitch has always caused havoc on Arsenal’s backline and it is almost a foregone conclusion that he will leave the King Power Stadium on Saturday having equalled Rooney’s tally. He heads into this clash in red-hot form too, having scored seven league goals this term, with only Mohamed Salah scoring more. Arsenal fans will always regret the club not signing Vardy back in the summer of 2016, straight after Leicester had won the Premier League. His £20million release clause was met by the Gunners but when it came down to making the decision, this fox stayed in his den – London wasn’t calling.

This decision epitomises the power shift between the two sides in recent years, with Leicester having finished above their weekend opponents in 2019-20 and 2020-21. And while Arsenal have been the dominant force in the FA Cup in recent years, the Foxes are the current champions and are tasting European football once more, while Arteta’s side are twiddling their thumbs.

The veteran has been the constant ray of light surrounding the Foxes in the league as they struggled early on in their campaign, with the striker personally still on top form. He will be elated that his goals are starting to contribute to victories with six points in their last two games against Manchester United and Brentford, climbing to ninth in the table in the process. Arsenal have also seen an upturn in results after a slow start, with some impressive performances in recent weeks, including a 3-1 victory over Aston Villa.

Both sides are looking to build on their momentum and dramatically climb the table and this lunchtime clash pits ninth against tenth in what is shaping up to be an exciting match. Vardy will be as hungry as ever to grab a goal and with his outstanding record against Arsenal, he’ll be hoping to silence the Gunners once again.

Vardy is 23/20 to score anytime against Arsenal with Betfred and 3/1 to score first.