It’s peak season for new football kit releases and there’s been huge interest in the latest Arsenal designs, the first by adidas since replacing Puma.

Liverpool and Manchester United have already put their latest designs on sale along with European giants Juventus and Bayern Munich.

Fans of the Gunners have been lapping up “leaked” images of the stunning new home and away kits which are due to be officially released in July.

Fans of a certain age remember adidas’ previous relationship with the club with fond memories and one kit will always get mentioned more than most - the so-called bruised banana. This was the yellow and blue away kit from the early 1990s which was released in the same season Manchester United’s “acid blue” design - both held up as design classics and highly sought after by collectors.

Arsenal wore the three stripes between 1986 and 1994 and will be forever linked with the JVC sponsor. Previous to that, the club enjoyed a long relationship with Umbro.

In 1994, Nike took on the Arsenal kit contract and the two parties enjoyed a 20-year relationship which almost coincided with the tenure of Arsene Wenger.

Arsenal’s new deal is one of the most lucrative in world football, rumoured to be the second best in the Premier League behind Manchester United though Liverpool will eclipse that with their next kit deal for the 2020 season.

Ian Wright famously ridiculed Arsenal’s most recent kit made by Puma and news of the club’s switch to adidas was greeted with near-universal delight by the supporters. It was Wright who accidentally posted a photo of Pierre-Emerick Aubameyang and Alexandre Lacazette.

Traditionalists will enjoy seeing Arsenal back in yellow away from home - in recent years the flirtations with black, blue and gold have not gone down well. Umbro famously dressed Arsenal in a stunning green and blue kit in 1982 - a kit which drew comparisons with Tottenham’s current away kit which was worn in the Champions League semi-final win over Ajax.

Going for a classic look is a regular adidas move. When they regained the Manchester United contract, their first new release was based on a shirt from the mid 1980s and subsequent away kits have leaned on old designs and prints.

Museum of Jerseys
@museumofjerseys
Based on yesterday's leak, an attempt at what the full new Arsenal home kit might look like (with huge optimism that they'd use the 80s 'AFC' script on the socks, would expect a cannon in reality) 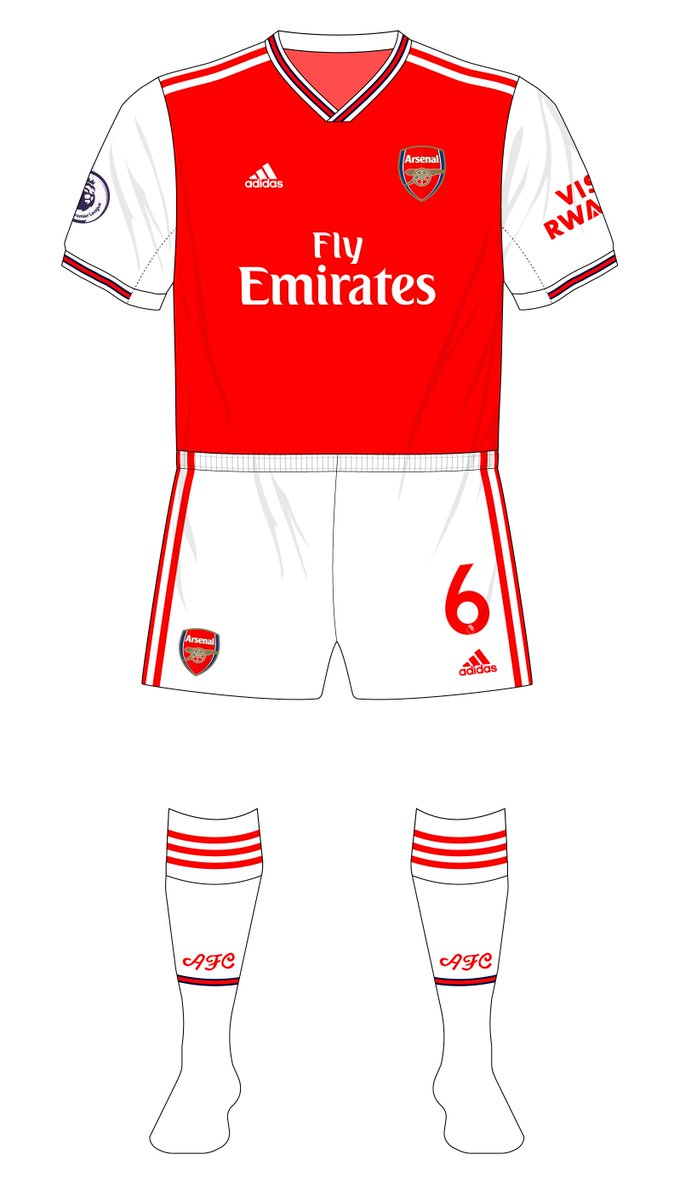