The Women’s Super League title race looks destined to go to the wire with both Arsenal and Chelsea in fine form heading into the final weeks of the season, and the pair of front-runners picked up crucial wins again over the weekend.

League leaders Arsenal kept up the pace with a resounding 3-0 away victory over Brighton & Hove Albion. Jonas Eidevall’s side were relentless with their pressure from the first whistle and when Stina Blackstenius’ opener went in, not only was it just reward for the Gunners’ efforts but it was then wondered how many they would go on to score. The goal was well-worked, too. Vivianne Miedema received the ball with her back to goal and played a diagonal ball out wide to Caitlin Foord, who found Blackstenius for a simple finish.

Miedema was the creator-in-chief for the second goal as she toyed with the Brighton defence before slipping the ball through a defender’s legs for Beth Mead to latch onto and double their lead. The victory was sealed before half-time as Blackstenius doubled her tally after once again linking up with Foord, who floated in an inviting cross from the left which the striker met to head expertly past Megan Walsh. The Gunners remain five points clear having now won their last three in the WSL, with Eidevall ensuring they are focusing on themselves and not the games in hand that Chelsea have in the last few weeks of the campaign.

Emma Hayes’ side seem to be taking the same approach, with the destination of the title in their hands on paper but with league fixtures and an FA Cup quarter-final match to cram in before the end of the season. The Blues avoided another setback in the title race at Kingsmeadow as they left it late to beat Carla Ward’s Aston Villa 1-0, with Zecira Musovic’s long ball putting Sam Kerr through on goal and the Australian striker lifting the ball over the Villa goalkeeper to deliver the Blues a crucial three points. 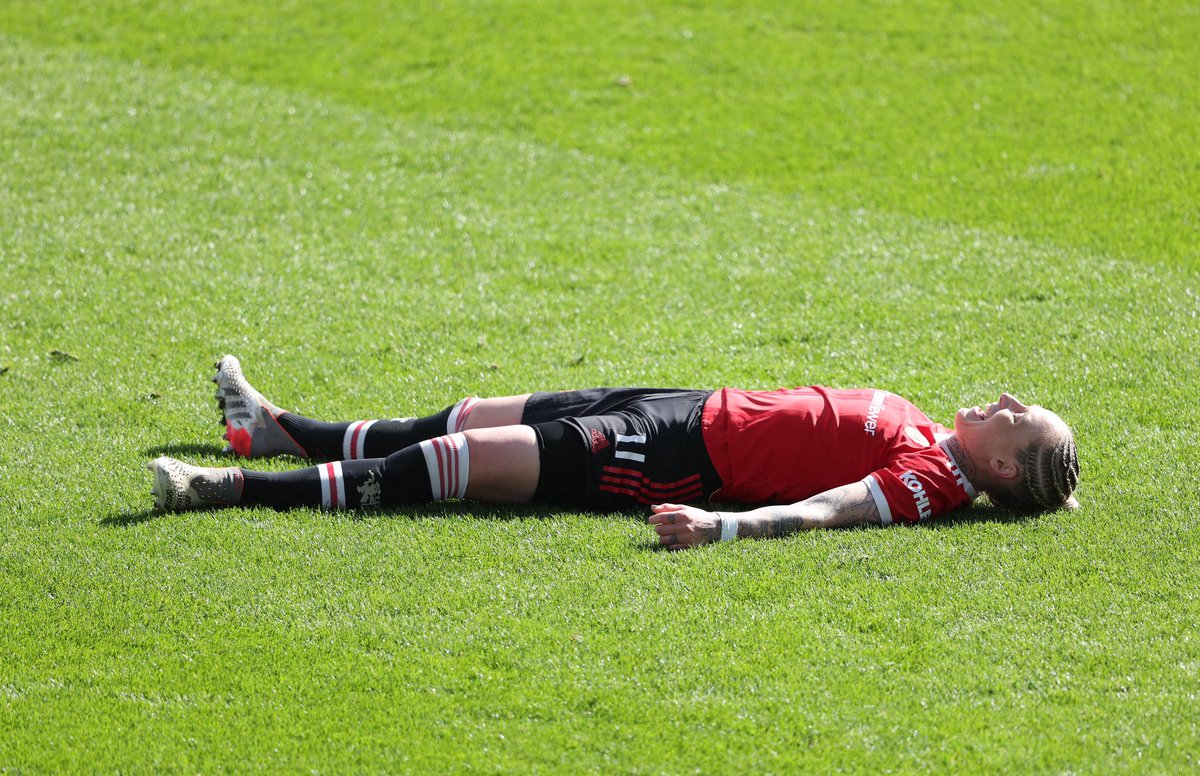 Elsewhere, Manchester United kept themselves in a strong position to qualify for next year’s Champions League with a 3-1 away victory against Reading. Marc Skinner’s outfit imposed themselves on proceedings early with Leah Galton scoring inside five minutes, but the Royals equalised shortly afterwards through Deanne Rose, who pounced on an error by Hannah Blundell. The Red Devils managed to shake off that mistake as Galton doubled her tally and reinstated her side’s lead after beating the offside trap and taking the ball round Grace Moloney. The match was sealed when Alessia Russo drilled a ball into the top corner after Ona Battle’s thunderous effort appeared to cross the line having hit the crossbar.

Gareth Taylor’s Manchester City closed the gap on fourth-placed Tottenham Hotspur with a 1-0 win at The Hive. Caroline Weir was the match-winner, converting after a scramble in the Spurs penalty area, and City are now right back in the hunt for a Champions League spot. At the bottom of the table, Birmingham City’s misery continued as they were defeated 1-0 by West Ham United at St Andrew’s and it seems as though their fate is sealed with only four points to their name from 17 matches, leaving them eight adrift of Leicester City with five games to play.