Jonas Eidevall’s side were made to work hard as Brighton made life difficult for long spells, but two goals in four minutes early in the second half from Kim Little and Beth Mead gave the Gunners a cushion and Leah Williamson headed home a clincher to send the home side to Wembley.

It was all Arsenal in terms of possession and clear-cut chances for most of the game, and they could well have had a half-time lead as both Caitlin Foord and Nikita Parris headed wide from Little crosses, then Mead seemed to be caught as she shaped to shoot 16 yards from goal.

Their best chance of the opening stanza came when Parris headed Mead’s cross beyond goalkeeper Megan Walsh only for Victoria Williams to somehow get back and clear off the Brighton line.

But they eventually broke through after the interval, with Mead doing superbly on the left and cutting back for Little to flick the ball past Walsh. And minutes later Mead again came off the left to slam home a second and give her side some breathing space. 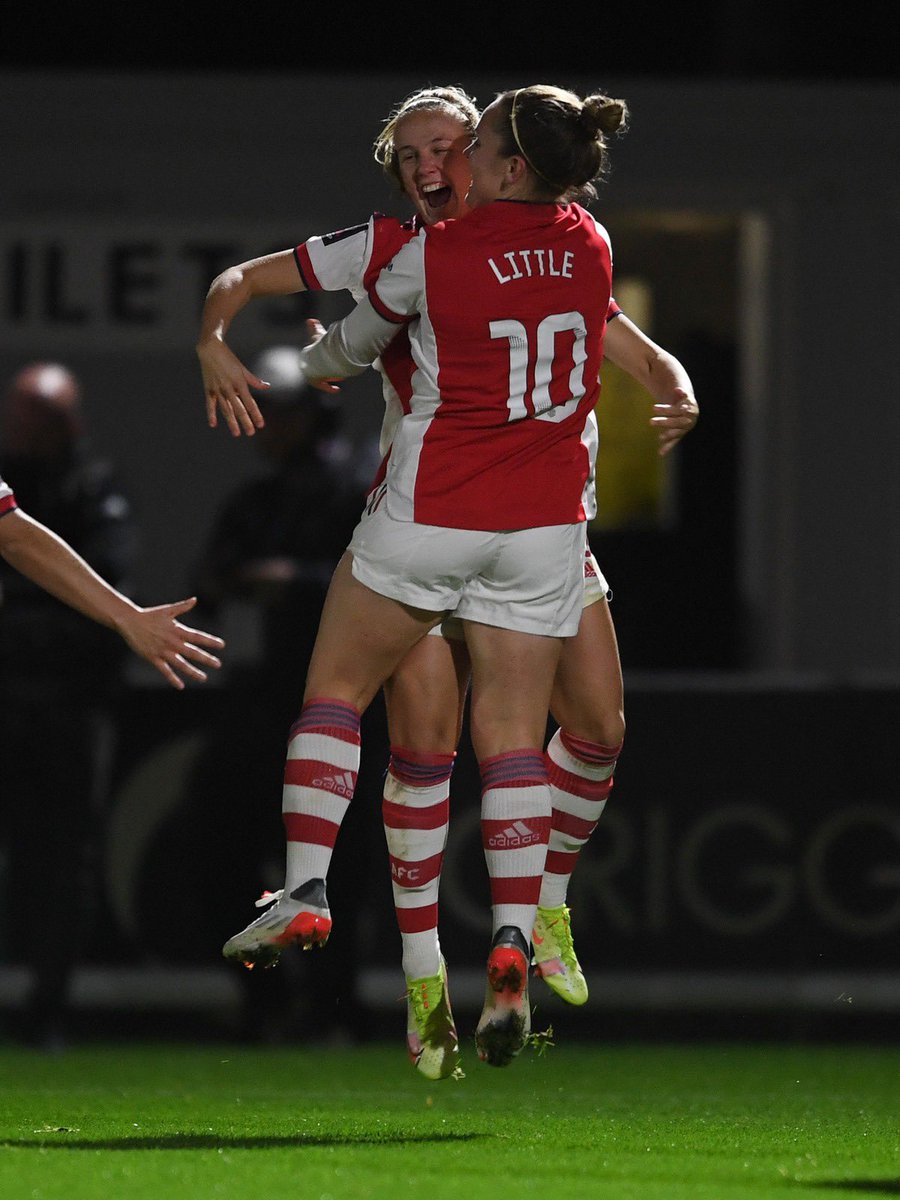 As Brighton visibly tired, Arsenal went for the jugular and eventually bagged a third when Williamson ghosted into space to head in from an in-swinging corner and get the crowd in Borehamwood heartily singing about their forthcoming trip to Wembley.

While Hope Powell will take plenty from her team’s display, Arsenal always look likely to get the job done and the Women’s Super League leaders now face their main title rivals in the final on December 5 after Chelsea beat back-to-back holders Manchester City 3-0 in the first semi-final earlier in the day.

Having beaten Chelsea on the opening day of the season, Eidevall and his Arsenal squad will be confident of adding to their record 14 FA Cup triumphs with a first triumph since 2016. They will also hope to have ace scorer Vivianne Miedema back to full strength by then after coming to an agreement with Netherlands boss Mark Parsons that both parties ought to spare her occasional breaks having gone without a summer break due to Olympic Games and Champions League participation.