The big names such as Pierre Emerick-Aubameyang and Harry Kane may draw all of the attention in this weekend’s North London derby but there is an underlying crop of young English talent coming through at both clubs.

As we have seen at the start of the current campaign, Unai Emery is comfortable with putting his faith in young academy products such as Ainsley Maitland-Niles, Joe Willock and Reiss Nelson and this can only be a good thing for the national side.

Maitland-Niles has taken his chance and finally found his role in the side as an attacking right-back. He has played every minute so far this season and registered one assist and has made a claim to have that starting role even when Hector Bellerin returns to full fitness.

Right-back is a position where Gareth Southgate has a wealth of options with Trent Alexander-Arnold, Kyle Walker, Aaron Wan-Bissaka and Kieran Trippier all pushing for the starting place but the 21-year-old is starting to find his feet with the under-21s.

Joe Willock is another young English player who has started every Premier League game so far this season under Emery, in a central midfield role. With a few options in that spot, it is a testament to his ability that his manager has put faith in him and this can only be a good thing for his development. The same can be said of Reiss Nelson, the left-winger who now looks likely to be an impact player off the bench, now that record signing Nicolas Pepe is up to speed.

He featured in Arsenal’s opening two games, both wins, before being an unused substitute as the Gunners fell to defeat at Anfield but will provide an exciting option off the bench for his Spanish manager.

On the other side of the Emirates pitch on Sunday afternoon, Tottenham will also be fielding several exciting English youngsters of their own as they bid to overcome their fierce rivals.

Another top quality English right-back is Kyle Walker-Peters who has made that position his own under Mauricio Pochettino, after the departure of Kieran Trippier this summer. His progression into that position will not be enough to get him into Southgate’s plans yet, but will be beneficial to his development in the long run.

Whichever side gets the best out of their right-back on Sunday could come out on top as both managers are willing to let their full-backs be used as attacking outlets. In central midfield, Harry Winks, who earned another England call-up this year is the most experienced of these players mentioned.

WhoScored.com
@WhoScored
Harry Winks: Made 54 successful final third passes in Newcastle's 1-0 win at Tottenham on Sunday, a record in a Premier League match this season
For more match stats -- 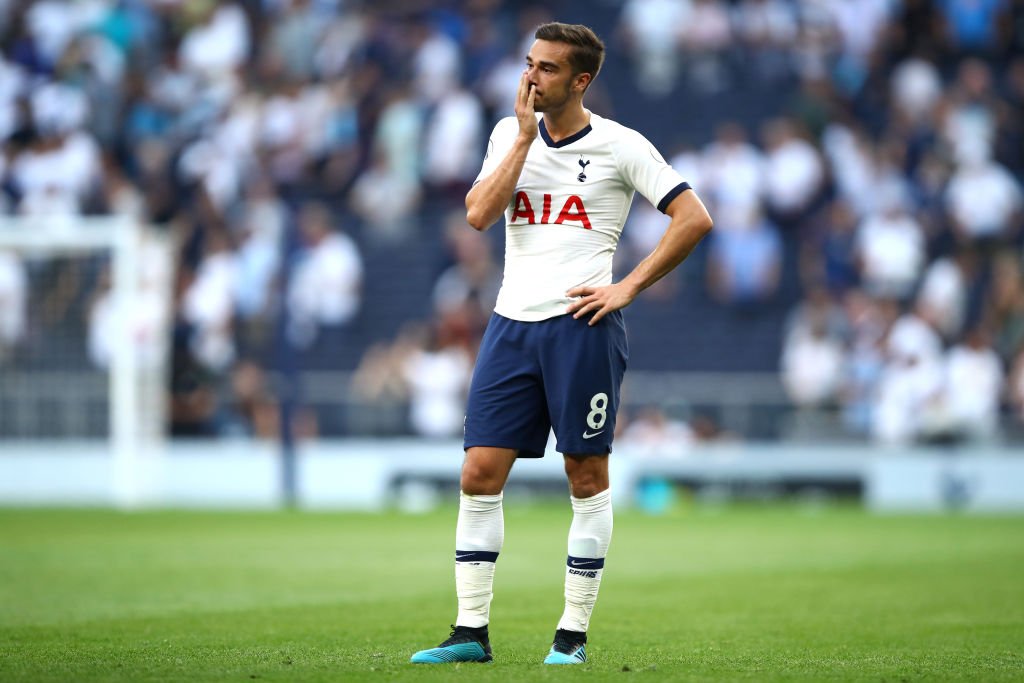 He has played an important part in Spurs’ 4-2-3-1 system as one of the holding midfielders but his passing range and work rate make him the perfect man for Southgate as he looks to finalise his midfield three ahead of Euro 2020. Players such as Mason Mount and James Maddison may have more flair and quality on the ball but for work rate, it is hard to match Winks.

Oliver Skipp is another precocious English talent who is on the periphery of this Spurs side. He has got onto the field in two of Spurs’ three games so far this season, albeit for a combined time of two minutes but this again shows that Pochettino is happy to trust a player who is still just 18. He is unlikely to make a great impact on this particular North London derby, but he could be crucial twelve months down the line.

Given that the last time these two sides met Arsenal did not play a single Englishman, even from their bench, progress has already been made with these young players and it could add an extra edge to the North London derby this Sunday.