Football
News
The Foxes goal machine had just won the Premier League title, and Wenger was keen on his talents
Joey Mills
11:05, 13 Mar 2022

Leicester City striker Jamie Vardy will miss his side’s clash with Arsenal on Sunday evening due to a knee injury. It has been an injury-hit campaign for the 35-year-old, but he remains the Foxes’ leading Premier League goalscorer this season. In fact, his ten goals are also more than any Arsenal player has managed this campaign. There was a time where it looked like The Gunners would have Vardy’s talents in their armoury. While they can’t be punished by him this weekend, you could not blame Arsenal fans for wondering what might have been.

The move was mooted in the summer of 2016. Leicester had just completed the biggest shock title win of the Premier League era, and Vardy’s 24 goals had been vital in securing the trophy. His story was already well-known. The former non-league striker who had taken to the top flight like a duck to water and became a champion while swigging Red Bulls and scarfing baked beans. But it was what he could do on the pitch that caught the attention of Arsenal manager Arsene Wenger.

The iconic Frenchman told beIN Sports that he “offered (Vardy) a lot of money.” to join Arsenal, and according to some sources, he initially accepted it. Former Arsenal transfer negotiator Dick Law told The Athletic, “The deal with Leicester was done, the deal with the player was done”. The way Law tells it, Vardy had a change of heart while travelling back to Leicester and called off the deal the following day.

Vardy denies ever having met Wenger over the transfer, and contradicts Law’s account slightly, calling the decision “easy” in an interview with Sun Sport. But these are just semantics. The verifiable truth is that Arsenal made an offer for Vardy in 2016 and he rejected it. But what if he hadn't? What could the newly-minted Premier League champion have offered the Gunners?

The short answer is, more than Lucas Perez did. When their advances were rebuffed by the Leicester striker, they went to La Liga to fill their centre forward vacancy. Perez had netted 17 goals for Deportivo La Coruna the season before, but could not bring this form to North London. The Spaniard struck just once in 11 league games, and was loaned back to Deportivo the following season. 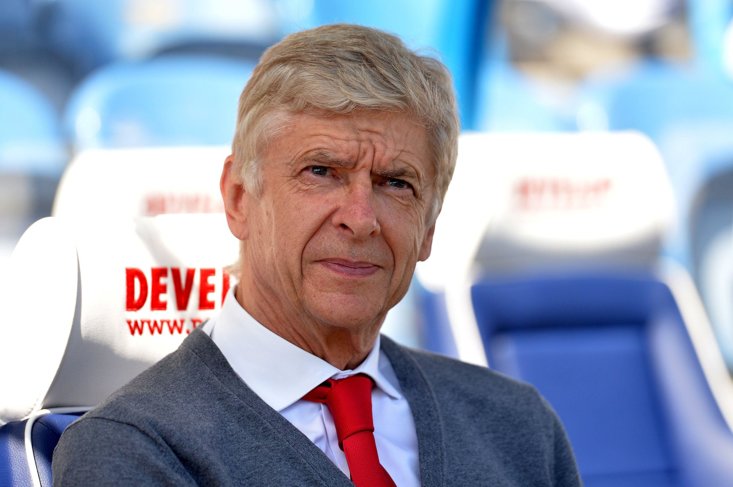 So would Vardy have improved Arsenal in that, or any other, season? Let’s crunch the numbers. In total, including the 2021-22 season up to this point, Vardy has outscored Arsenal’s highest Premier League scorer in four of the six seasons since he rejected them. Alexis Sanchez enjoyed his high watermark in 2016-17, scoring 24 to the England international’s 13. Pierre-Emerick Aubameyang netted 22 times to Vardy’s 18 in 2018/19. But every other year, Vardy’s total would have made him Arsenal’s top scorer for the season.

Of course Vardy scoring those goals for Leicester does not guarantee he would have done the same, or better, for Arsenal. In fact, stylistic concerns are another commonly cited reason why Vardy chose to stick rather than twist in 2016. Wenger was asked in the same interview about whether Vardy would have coped in a possession-based team, and he was bullish in his belief. “We had more of the ball, yes, but still around the box, the timings of his runs, he finds the space.”

Despite the admiration of Wenger, and the size of Arsenal, it is hard to imagine Vardy having regrets. He has won the Premier League, the FA Cup and played European football at a club where he is a living legend. Vardy is also secure, even at the age of 35, in his role as a vital part of the Leicester machine. Alongside Alexis Sanchez, and later Alexandre Lacazette and Pierre-Emerick Aubameyang if they had both still arrived, he may have been starved of game time. Vardy means the world to Leicester, but his path to icon status would have been more cluttered at the Emirates.

Equally, the influence of Vardy may have helped Arsenal navigate the choppy waters they have endured in the post-Wenger years. He has been a remarkably consistent performer, a central figure in winning big trophies and is a member of the Premier League 100 club. Jamie Vardy is a truly remarkable performer, and Arsenal will no doubt be relieved that they won’t be the only team without him during Sunday’s game.