Football
News
Arsenal and Tottenham will meet as both teams are peaking
Joey Mills
21:00, 30 Sep 2022

Not all North London derbies are created equal. While nobody is doubting the importance of Arsenal and Tottenham Hotspur’s bitter rivalry, some of their recent games have carried little neutral interest. Supporters of the clubs would be invested even if their sides met in the FA Youth Cup, but some recent Premier League games between the pair have lacked something. It is difficult to get excited about 13th against 7th, as it was in September 2021.

This Saturday’s clash between first-placed Arsenal and third-ranked Spurs is the first time they have both been in the top four for a North London derby since March 2019. For supporters, local rivalries are a game apart, undefined by the current fortunes of either team. But for the watching world it was an indication of how far each side had fallen. Spurs were in a battle for their own identity in the wake of Mauricio Pochettino’s incredible era coming to an end. Arsenal had faced a longer team struggle to redefine themselves in the post-Arsene Wenger years.

But both clubs now seem to be throwing off the shackles of achievements past and forging ahead. Antonio Conte has the force of will and tactical acumen Spurs have sorely lacked since Pochettino was let go. He seems to be succeeding where another former Inter Milan manager, Jose Mourinho, failed. Both are cut from similar cloth, but Conte’s boasts a far more modern design.

Spurs have also recruited smartly. January signing Dejan Kulusevski looks made for the Premier League while Rodrigo Bentancur has become a regular since joining during that same window. The summer buys are paying off too. Richarlison has long deserved this sort of stage and is making the most of it. Yves Bissouma brings some vital squad depth in the middle and Ivan Perisic has the sort of experience that benefits any dressing room. Spurs finally look like contenders again because they are shopping like a team that believes they belong at the top of the table.

Coach plus recruitment is a formula that has taken Arsenal back to a state of prominence too. It took Arteta longer than Conte to get here, but given their relative experience that was to be expected. There have been transfer missteps. Willian might have been a free transfer but he still wasn’t value for money. Nuno Tavares is yet to catch on and is now on loan at Marseille. But there have been more successes than failures. Martin Odegaard was an inspired signing while this summer’s acquisition of Gabriel Jesus feels definitive. The results bear that out, with the Gunners currently top of the Premier League. 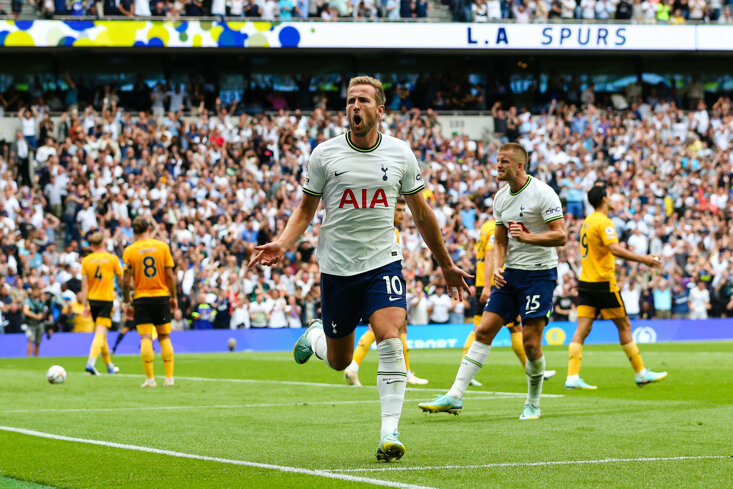 With Spurs third, this is the most impactful North London derby in some time. With the endlessly-consistent Manchester City sandwiched between them, three dropped points here could lead to a dramatic shift in fortunes for the losing team. Pep Guardiola’s team have hoovered up four of the last five Premier League titles. It is near-impossible to envision them not playing a major role in the destination of the title. But the winner of this North London derby will continue to be a factor in that race during this early period of the season.

Of course beyond the revivals, the coaches and the smart transfers; the real crux of this game is still the local rivalry. But even that is enhanced by the improved fortunes of the two sides. This game looks like being the most exciting North London derby in a long time due to how stacked with talent each side is. Harry Kane and Jesus will bring the goals. Son Heung-min is peaking at the right time while Bukayo Saka is looking like a true talent. Eric Dier is back in form while Ben White has raised his levels to meet Arsenal’s lofty expectations. This game is firmly in the balance.

Nothing gets definitively decided in September. But this game presents a superb opportunity for Arsenal or Spurs to secure more than local bragging rights. One team can genuinely kick on and provide a robust challenge for City at the top end of the table. We haven’t had a North London derby this good in a while. This one is so big even Pep might tune in to see what he’s up against.