Football
News
The Gunners move up to fourth in the Premier League table
Kieran Spratt
16:17, 06 Mar 2022

Arsenal’s youngsters were in fine form once again as the Gunners ran out 3-2 winners in a thoroughly entertaining contest at Vicarage Road on Sunday.

In the battle between the Premier League’s oldest and youngest managers, all three of Mikel Arteta’s side’s goals came from players aged 23 or under. Bukayo Saka, in particular, shone in Hertfordshire, with a goal and an assist, but he wasn’t alone, as fellow goalscorer Martin Odegaard also put in an exceptional shift to help move Arsenal into fourth.

In a game full of high-quality scoring, Gabriel Martinelli, who vowed he would remain with Arsenal for the rest of his career this week, capped off an important win in the race for a Champions League spot with a stupendous team goal.

The match began with one of the most manic opening ten minutes or so in the Premier League this season. The Hornets looked to have given themselves a dream start with just six seconds on the clock when Emmanuel Dennis had the ball in the back of the net. However, Watford celebrations were cut short by the offside flag.

Within five minutes, that perfect start for Roy Hodgson’s men was snatched by the visitors. A brilliant combination between Odegaard and Saka saw Saka get to the byline and cut the ball back for the Danish midfielder, who fired past Ben Foster to get the Gunners up and running.

Celebrations among the Arsenal faithful lasted only marginally longer than Watford's, however, thanks to a bona fide Goal of the Season contender from Cucho Hernandez. Following a sumptuous cross from Kiko Femenia, the Colombian leapt in the air and produced a spectacular bicycle kick that left Aaron Ramsdale helpless. Take a bow.

Sky Sports Premier League
@SkySportsPL
WHAT A GOAL THIS IS! 😮
Cucho Hernández, take a bow! 🔥 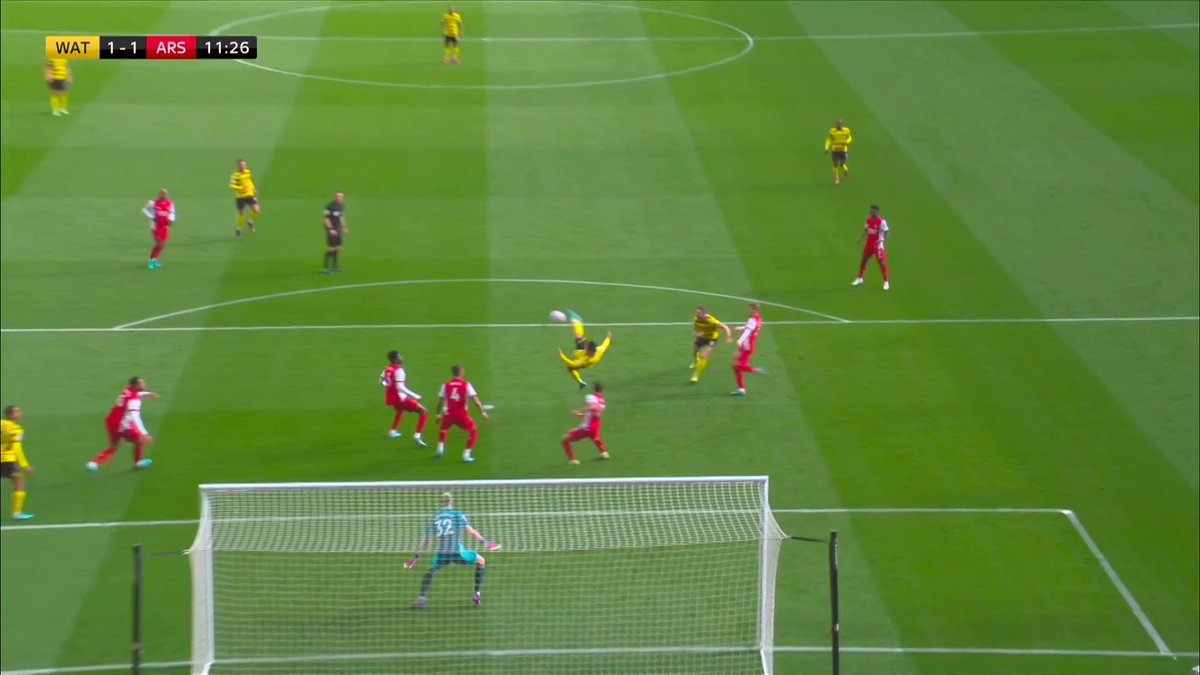 The Gunners were back in front again on the half hour mark through Saka. After a neat one-two with Alexandre Lacazette, the England international made no mistake as he clipped the ball past Foster to restore the lead. Saka has now been directly involved in more goals than any other under-21 player in the Premier League this season with eight goals and five assists.

Gabriel Martinelli extended the visitors’ lead after the break and in a game already full of high-quality goals, the Brazilian added another. In an exceptional build-up involving Saka, Odegaard and Lacazette, it was the latter who teed up Martinelli for a fine finish into the top right corner.

Huge appeals for a Watford penalty followed the goal when Joao Pedro was brought down on the edge of the box under a challenge from Odegaard, but they were waved away by Craig Pawson. 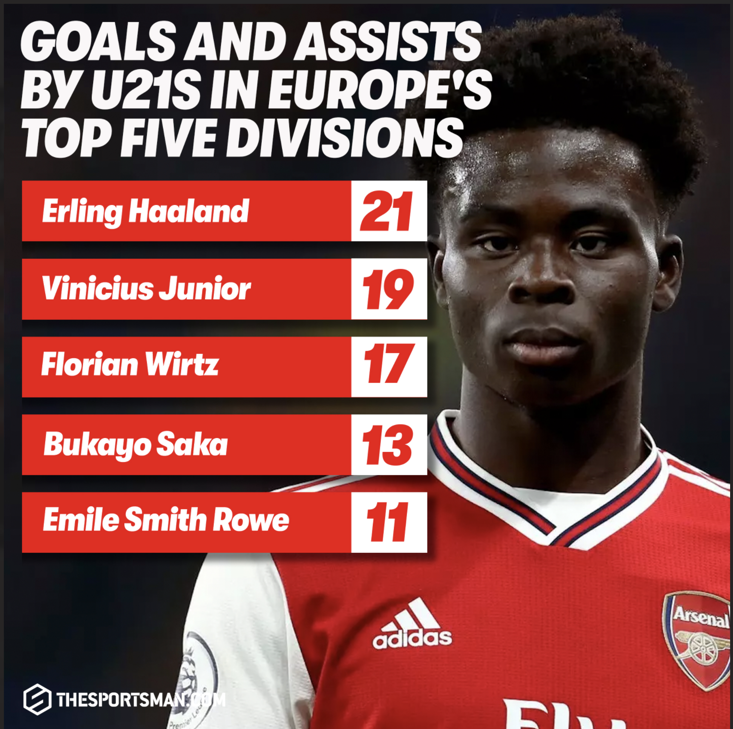 Arsenal looked to have the game wrapped up but relegation-threatened Watford, who epitomised a ‘Never Say Die’ attitude today, left the away side with a nervy finish when Moussa Sissoko bundled home to give his side a huge lifeline. Watford pushed for the equaliser, but Arteta’s side maged to  hold out for an important three points.

The win was Arsenal’s fourth in a row in the league and Arteta’s side are now fourth, moving two points ahead of Man United, who contest the Manchester Derby later today, and three points ahead of sixth-placed West Ham. While a United win against City would move Arsenal back down to fifth, the Gunners will still have three games in hand over Ralf Rangnick’s side.

Arsenal have 13 games remaining, including Liverpool and Man United at home, and on current form they look to have one foot over the line in the race for the top four.