It has been almost two years since Mikel Arteta took the plunge into management and he could not have picked a more poisoned chalice than Arsenal to kickstart this new period of his football career.

There was plenty of optimism and scepticism for the Spaniard’s arrival at the Emirates Stadium. He had just spent the last three-and-a-half years as the apprentice to one of the beautiful game’s most successful managers, Pep Guardiola. Following the midfielder calling time on his playing career, he was exclusively invited to learn from one of football’s sharpest minds.

Some Gunners fans were unconvinced at his arrival by saying that he was inexperienced and not the right choice for the immediate impact that was needed. Having had a full season in the hotseat, many were expecting Arteta to have settled in his new role and that the knowledge that had been passed down to him by Guardiola would help pull Arsenal out of the dirty, playing their own style of attractive possession football.

There were no such signs last season as the club’s Premier League woes continued. They finished eighth for the second season in a row and the club are shifting further and further away from reclaiming the league title, which they have not won since the famous ‘invincibles’ side in 2004.

It begs the question - what did the former Arsenal midfielder learned from one of the greatest managers in the world? He has not adapted a style that would mirror Guardiola’s fancy football and they are still losing points to the weaker sides (on paper) in the league. We can see that Arteta wants to be different to Guardiola, but it seems that he has no clear plan in place for how he wants his side to play and that is something that he must discover and soon, as the Arsenal job, like most top European jobs, will not be forgiving. 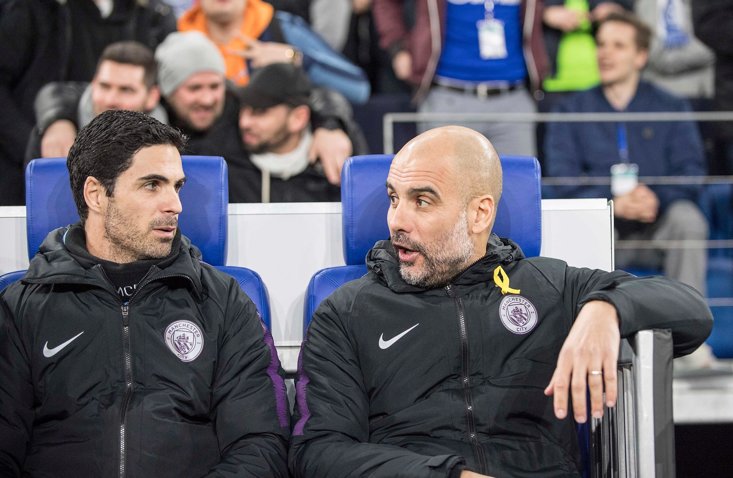 With teams like Leicester City and West Ham United rising and staking their claim on the European places, Arsenal are no longer considered a threat to the top four. It is not all down to Arteta, the club has been rotting from top to bottom for years, but he does not help himself with his in-game management and substitutions, and that is where he has alienated a lot of the Gunners faithful.

He has tried to fix gaping holes in his side that have plagued the club for countless seasons and while he has spent over £100m this summer, the players he has brought in have been overlooked by the business that other clubs have made far better acquisitions. Ben White has arrived for a substantial £50m and he has shown at Brighton and Hove Albion and Leeds United that he is a talent, but he can easily fall into the Arsenal trap and see his career regress.

It is not all doom and gloom, however. After failing to score in their opening two Premier League fixtures, Arteta will be elated at his side firing six past Championship side West Bromwich Albion in midweek. After missing the two league games, strikers Pierre-Emerick Aubameyang and Alexandre Lacazette came back firing on all cylinders as the former bagged himself a hat-trick and the latter grabbed a goal himself.

The pair will be crucial to Arsenal and Arteta this season, along with Martin Odegaard and Emile Smith Rowe. And while we have not seen any signs of Arsenal playing football like Manchester City, Arteta will likely aim to have his side playing in an effective and appealing style, but he may still need a couple more transfer windows to build a squad capable of carrying out his managerial vision.

Perhaps Guardiola will give his apprentice one more lesson this weekend as the two bosses square up at the Etihad Stadium on Saturday.