Barnsley have a bit of habit of appointing foreign coaches – especially during the past four years since new owners took over at Oakwell. There have been five foreign managers in the last three seasons alone, which has yielded varying degrees of success and disappointment.

But even the most die-hard football fan could be forgiven for not knowing much about, or even having heard of, the club’s new boss, Poya Asbaghi. The Tykes announced the Iranian as their new manager on Wednesday, just over a fortnight after Austrian coach Markus Schopp was sacked following just one win in 16 games. He is expected to be officially unveiled at a press conference next week as the club take a new direction.

Asbaghi was the Sweden Under-21 coach and, aged 36, is a young, hungry manager looking to make a name for himself. And he certainly has a big challenge on his hands with Barnsley languishing second from bottom in the Championship after a woeful start to the season. They have won twice in the league this season and, perhaps ironically, one of those wins came under caretaker boss Joe Laumann, a Moroccan-German coach. The international flavour and direction at Oakwell is clear to see, with Asbaghi the latest in a long line of foreign coaches given the chance to shine in English football. 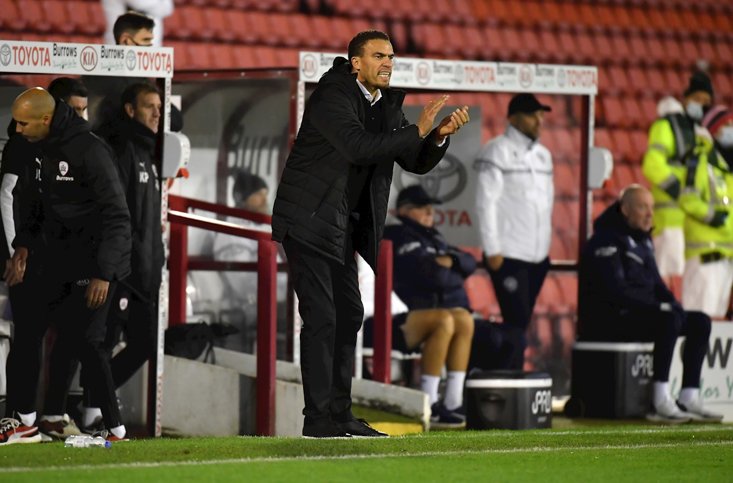 ISMAEL WAS A SUCCESS BEFORE LEAVING FOR WEST BROM

That revolution started then and, under the popular German coach Daniel Stendel, the Tykes were inspired to a memorable League One promotion in just his first season in charge. But Stendel, who won 31 and drew 18 of his total 66 games in charge, was surprisingly sent packing after results dipped back in the second tier, much to the disgust of the club’s loyal – and vocal – fanbase. It came as little surprise that Stendel was snapped up by Scottish Premier League side Hearts soon after.

The Austrian coach Gerhard Struber struggled to find the same success at Oakwell, just as had Portuguese coach Jose Morais - who started the trend of foreign managers at the club prior to him – when he was appointed in February 2018. By May the same year Morais had been sacked, although he somehow managed to prevent relegation on a dramatic final day of the season. But Struber lasted little under a year and became manager of the New York Red Bulls.

Then the good times returned to Oakwell. The French-German head coach Valerien Ismael came within a whisker of guiding the South Yorkshire club to a fairytale return to the Premier League. Ismail, who played for Bayern Munich and Crystal Palace, took the club from obscurity to a play-off position, only to fall agonisingly short of promotion. His success was hard to keep under the radar, and West Bromwich Albion snapped the 46-year-old up on a four-year contract, the Baggies hungry themselves to get back to the top flight. 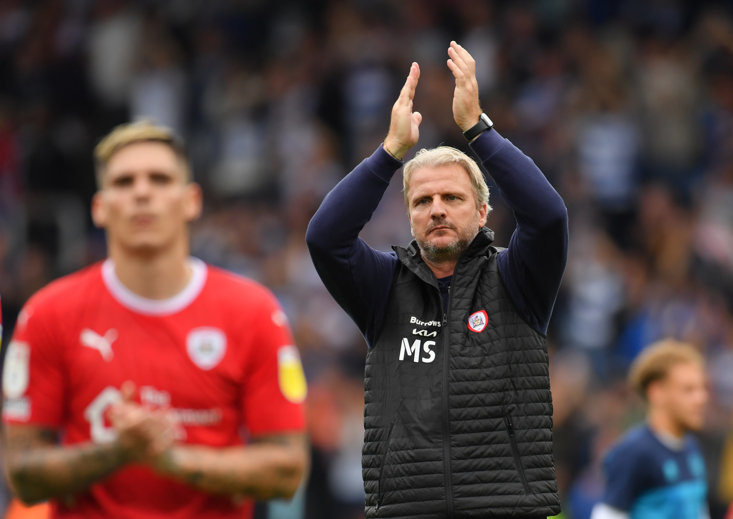 SCHOPP WAS QUICKLY MOVED ASIDE AFTER A DIFFICULT START

Schopp had a difficult job on to repeat Ismael’s success – and he suffered a torrid spell in charge, which included a 13-game winless run, ultimately leading to him getting the sack after just four months in charge. In that time he oversaw nine defeats as the club, once again, went back to the drawing board.

And so now for an Iranian, albeit via the Swedish national set-up, approach from Barnsley. Asbaghi began his coaching career as an assistant at Swedish third-tier outfit Dalkurd FF, before graduating to manager two years later. And, after a successful spell with the Uppsala-based club, he was appointed boss of Gefle IF in 2017, followed by a two-year stint with Swedish giants IFK Gothenburg between 2018 and 2020. He led Gothenburg to Swedish Cup glory in 2020 with a 2-1 victory over fierce rivals Malmö, before leaving his position at IFK in September that year.

Asbaghi won six of his 10 games in charge of Sweden U21s and arrives in South Yorkshire having left the young Swedes top of UEFA U21 European Championship Qualifying Group F after seven fixtures. He is joined at Oakwell by Ferran Sibila, who was his assistant at Gothenburg. The 33-year-old Spaniard has previously coached at Swedish outfit GIF Sundsvall.

“Poya was on the radar back in 2019 and as we went through our recruitment process it became clear to all parties that Poya and Ferran can take Barnsley FC forward,” revealed Khaled El-Ahmad, Barnsley’s Chief Executive Officer. “Both are good people, talented coaches with a clear leadership and tactical philosophy.”

Asbaghi will take his first training session next Monday, but will no doubt have a close eye on Saturday’s away clash with Championship promotion-chasers Fulham.