They scratched and they clawed, but they were never going to be able to hold out. England are 2-0 behind in the Ashes and are staring down the barrel.

Their efforts on day five in Adelaide were in stark contrast to much of what had been seen during the previous four, with a steeliness, a belief and a determination which was sadly lacking both with the bat and in the field until their backs were right against the wall.

When Ollie Pope edged straight to Steve Smith just a couple of overs into the day’s play it appeared that the dance was up with England 86 for 5 and needing to bat out the day. But Australia were frustrated for long spells as first Ben Stokes but then most particularly Jos Buttler and Chris Woakes set about bedding in for as long as possible.

Woakes was eventually bowled by Jhye Richardson for 44 after he’d spent more than 31 overs alongside Buttler, and Ollie Robinson stuck it out for an hour before being caught at slip off Nathan Lyon.

Even with Buttler providing the meat of the resistance, England looked doomed from that point as they needed to see out 31 more overs with just two wickets remaining and the twilight phase to come under the lights. Over the previous three nights, England had scored 118 for 9 combined in the final sessions in notoriously difficult batting conditions up against the pink ball. 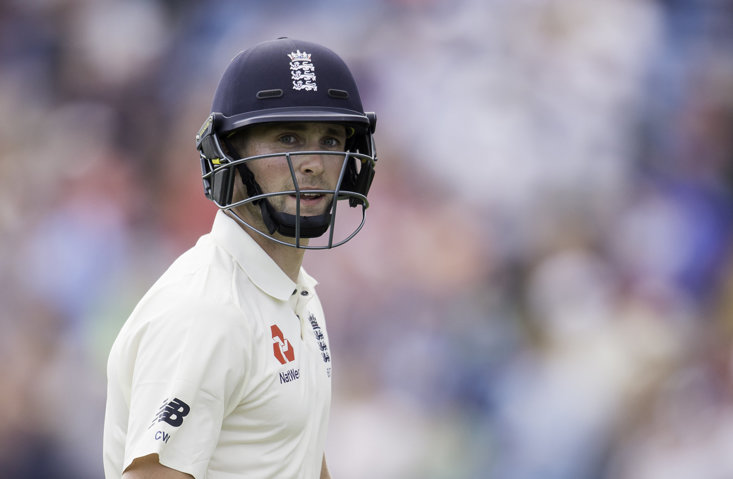 The manner of Buttler’s eventual departure for 26 after spending 258 minutes at the crease was little short of farcical, with the wicketkeeper treading on his stumps in trying to use just slightly too much of his space playing off the back foot. It was only the 163rd time in Test cricket’s 144-year history that a player had been dismissed hit wicket.

When Jimmy Anderson steered a rising short ball from Richardson to Cameron Green at gully the Test match was Australia’s by 275 runs, and England will be left battling to avoid a whitewash rather than simply a series defeat over the coming weeks.

Australia’s bowling attack was weakened in Adelaide but it didn’t make the slightest bit of difference. They were far superior with bat and ball, and England skipper Joe Root and coach Chris Silverwood have a hell of a lot of soul-searching to do.

“The reason it’s disappointing is because we made the same mistakes,” Root told BT Sport after the defeat. “We could have bowled a lot fuller on the first day, and with the bat as well we need to be better. We need to make bigger scores, guys need to apply themselves better. If you look at that second innings, that’s the attitude and the desire and the mentality we need to go with.”

Generally, when a team is 2-0 down in a series after two Test matches, big changes follow. And England need big, big changes. To the personnel, and to the attitude. Because they are going exactly nowhere as things stand.