It was as demoralising as it was predictable. And England got what they deserved again. The second day of the first Ashes Test at The Gabba is heading for an early finish after Australia stomped on the throats of the tourists by racking up 343 for 7 in another one-sided day of cricket.

Travis Head will rightly get the headlines Down Under for his 85-ball century, while David Warner and Marnus Labuschagne’ fifties did much to put England under pressure. But, in truth, this was every bit a chastening of England’s own making.

After Joe Root’s decision to bat under humid skies on day one when it was clear that the second and third days were likely to offer better conditions for piling up runs, a collection of shortcomings were exposed as the Aussies built up a lead of 196 in response to England’s limp 147 all out.

It was a day that had everything. Ben Stokes bowled Warner off a no-ball for just 17 and Rory Burns put down an absolute sitter of a catch off the same batter for 48 as the opener went on to score 94 in a huge second-wicket partnership of 156 with Labuschagne. Warner had also escaped a run-out chance when Haseeb Hameed snatched at the chance to line up the stumps as Warner ambled.

Cricket Australia
@CricketAus
Today was Travis Head's day! Simply outstanding from our No.5 as we take a big lead into day three #Ashes 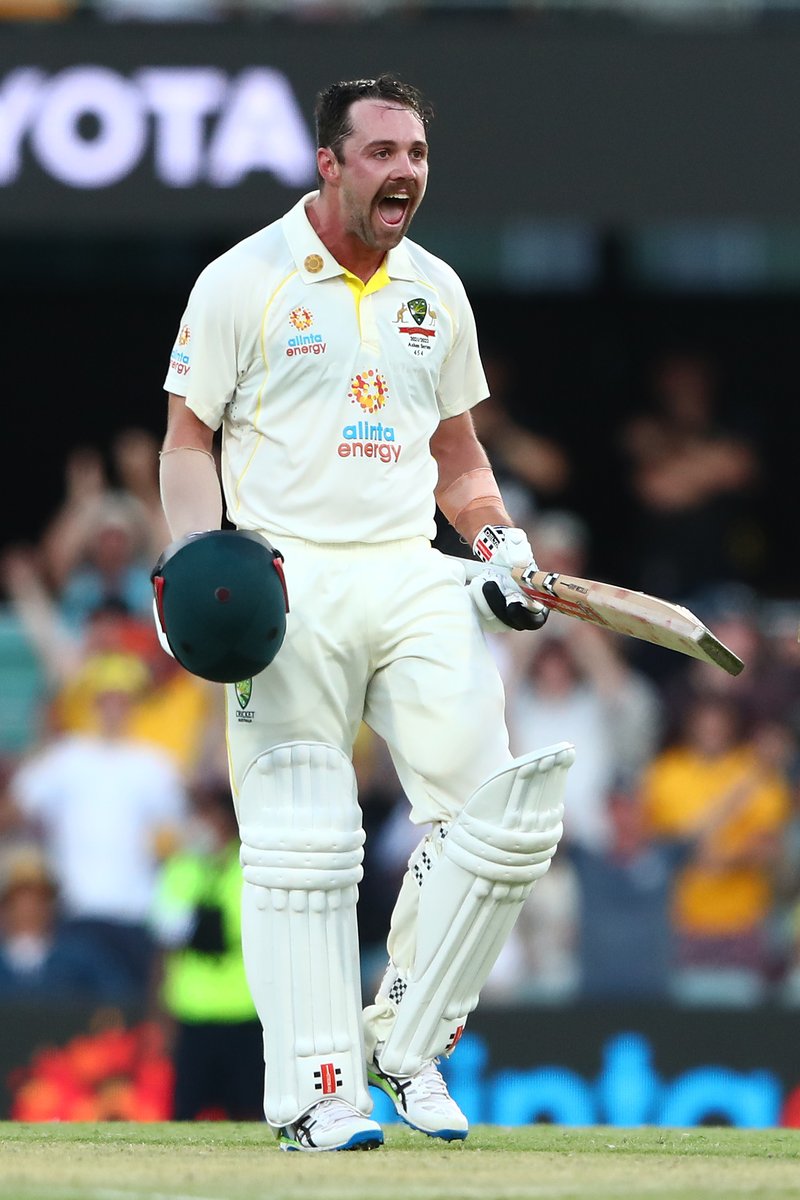 The tone was set early, and even after a mini-revival which saw England take four middle-order wickets, including two in two for Ollie Robinson in dismissing Warner and Cameron Green, they soon found ways to undermine themselves.

They got a little unlucky when a thick outside edge from Head ran through a gap at gully when the Sussex batter was on one. Once he was in, he really went for it, bringing up an excellent 50 in 51 balls, then adding a second in just 34 as he took on Joe Root and particularly Jack Leach.

The lack of experienced heads in the bowling line-up stood out, and it would be a huge surprise not to see both Stuart Broad and Jimmy Anderson step out for the second Test in Adelaide on December 16. But that will clearly be too late to wrestle back the early momentum.

Unless a miracle happens on day three, this Test is already heading Australia’s way and England have done nothing to poke at any potential holes in confidence within Justin Langer’s dressing room after the hasty departure of captain Tim Paine shortly before the start of the series. Instead, England have sat back and handed the momentum to their opponents, who have all too gladly opened up a big lead.

It has been a sadly predictable start to the Ashes series, and these could become six weeks of very, very long nights for England fans if their side don’t get in gear quickly.