Football
News
We caught up with @LeicesterFanTV to ask them about their expectations for the new Premier League season
Sam Penfold
11:55, 01 Aug 2022

In this edition we catch up with @LeicesterFanTV to ask them about the Foxes' key men and their Premier League predictions.

Brendan Rodgers side had a relatively disappointing season last time out as they finished in 8th place. They’ll be hoping for a return to the top six this time around but it’ll be difficult as they are currently the only Premier League team to not make a signing. Jamie Vardy has become much more of a penalty box striker than someone that continuously runs in behind while James Maddison, should he stay, will hope to roll his fine end to the season on into the new campaign. The return of James Justin will be encouraging for Foxes fans and keeping hold of Youri Tielemans could prove crucial.

We finished eighth last year. It wasn't the best season, but wasn't the worst season. I would like a good push for Europe again, like we've been in the last two seasons. Also a good cup run as well - probably the League Cup because then you've got Kasper Schmeichel, Marc Albrighton and Vardy who will have won the Premier League, League Cup, FA Cup and Community Shield in six years.

I think the top six is out of Leicester's reach at the minute with the way the top six are spending money. So I'm going for a finish between tenth and sixth, with a strong push for Europe. So let's say seventh. 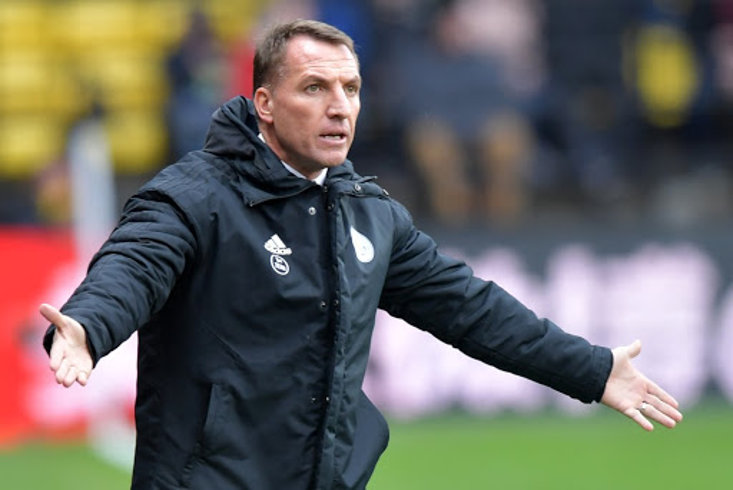 One of our own, KDH. Kiernan Dewsbury-Hall. He had a cracking season last year. He came on strong but this year I think he's going to be undroppable, I really do. He's got a cracking left foot, he's got a decent engine, he goes from box to box and he's not quite found his scoring boots yet. But I think that will come. A strong running midfielder is just what we want.

I think it's going to be James Justin, the Luton Cafu. He had a bit of a serious knee injury the year before last. He came back last year, did really well and he built on it. He got an England call up, made his England debut. This year, I think he's going to surprise a lot of people. He can play left back, he can play right back. He can even play centre back as well. That's why I think his versatility will make him odds on to be in the World Cup squad for England, in Qatar in December.

As for the relegation, that's a bit of a tough one. I'm going for the three clubs that came up in this order Bournemouth, Fulham and Nottingham Forest. Forest will finish bottom. Maybe that's just because I’m a Leicester fan.