Football
News
We caught up with @thegingerwig to ask him what he is expecting from Manchester City this season
Sam Penfold
06:55, 05 Aug 2022

In this edition we catch up with Manchester City fan @thegingerwig to ask him about the club’s key men and his Premier League predictions.

After signing one of the most feared strikers in world football in Erling Haaland, Manchester City are clear favourites to win their third Premier League title in a row with Liverpool the only side with a realistic chance of stopping them.

Expectations at City are high these days and we're hoping for another trophy-laden season (and to get our Carabao Cup title back!). Having two strikers rather than none should see a slight change in formation but we’re used to that with Pep. Really happy with Kalvin Phillips, Julian Alvarez and Stefan Ortega who will strengthen the squad. 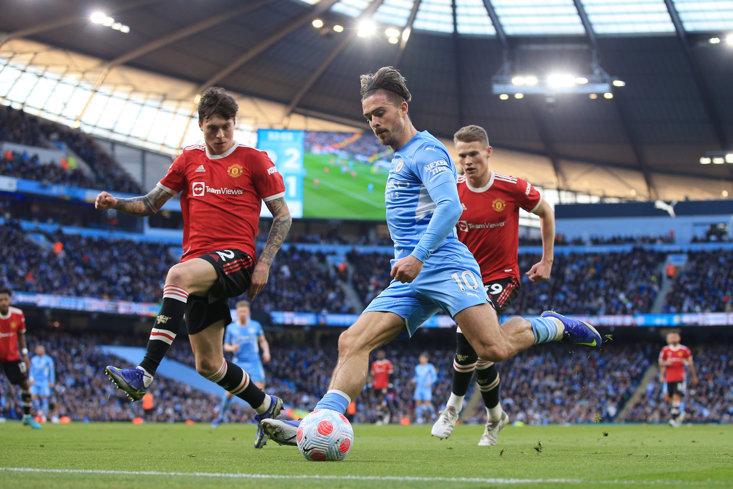 Haaland without a doubt will grab the headlines but I think the change in formation will create more space for Kevin De Bruyne to get in the goals and he loves an assist!

Jack Grealish has had a season to settle in and, with a striker, will flourish - but I think the surprise for other fans/pundits will be Julian Alvarez. Much of the talk around City’s transfer business has focused on Haaland but 22-year-old Alvarez has gone under the radar having been bought in January for a modest £14m.

He won the Best Player in South America award after an amazing season for River Plate and can play across the front three. I expect to see him in a two with Haaland in some matches to create a classic big man small man partnership. He scores all types of goals.

Like the last four years it’s between City and Liverpool - whoever is luckiest with injuries will win it. Liverpool have improved the quality and depth of their squad having been affected when Virgil Van Djik was out long term. Pep likes to have a small squad and a few long term injuries could really hurt.

I can’t see past the three promoted clubs, Forest, Bournemouth and Fulham. It’s such a huge jump and the teams yo-yo between the divisions. Forest already look like they’re working on a plan to be relegated and then have the best team in the Championship next season. I think of the existing Premier League teams Leeds and Everton are others most likely.