Football
News
We caught up with @WestHam_Central to ask them about their Premier League predictions
Sam Penfold
08:35, 02 Aug 2022

In this edition we catch up with @WestHam_Central to ask them about the Hammers' key men and their Premier League predictions.

West Ham will be looking to sustain their position as one of the top teams in the league this season. David Moyes’ side have recruited relatively well this summer, although new signing Nayef Aguerd is out with an ankle injury that’ll see him miss the start of the season. Gianluca Scamacca could prove the difference maker up front, offering something different to the hardworking Michail Antonio. Keeping Declan Rice and Jarrod Bowen is probably some of the Hammers' best business but can they kick on in the league and compete for European honours? Only time will tell.

As a West Ham fan, the start of the season has often been met with dread, doom and gloom for another relegation fight. We are now massive and I’m buzzing. I’m predicting another top seven finish again and maybe even sneaking in above Chelsea or Manchester United into 6th. 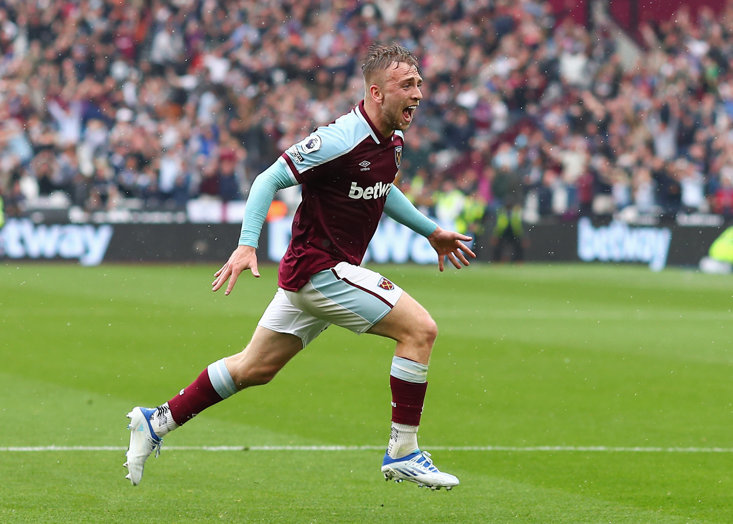 Hopefully a new signing. Gianluca Scamacca is being signed as our new marquee striker and I’m hopeful he takes the league by storm and challenges the top strikers of the league in the scoring charts.

Jarrod Bowen. I think he will continue to put in incredible numbers and create magic moments for the PL and will attract interest from all over.

Manchester City, again. Erling Haaland is a world class acquisition for them and you can’t see them slowing down or putting the breaks on.

Fulham, Bournemouth, Everton - bold maybe, but I don’t think the Toffees have strengthened and losing Richarlison is a tough blow.