From fans and pundits to players and managers, it is clear that the vast majority in England are against the proposed European Super League.

However, it is not just the Premier League's 'Big Six' who have signed up, so too have Spanish heavyweights Barcelona, Real Madrid, Atletico and Italian giants Juventus, Inter and Milan.

So, what's the feeling of fans who follow these clubs on the continent? We spoke to Ash from Barcelona fan account barcacentre to hear his take on the news which has rocked football. 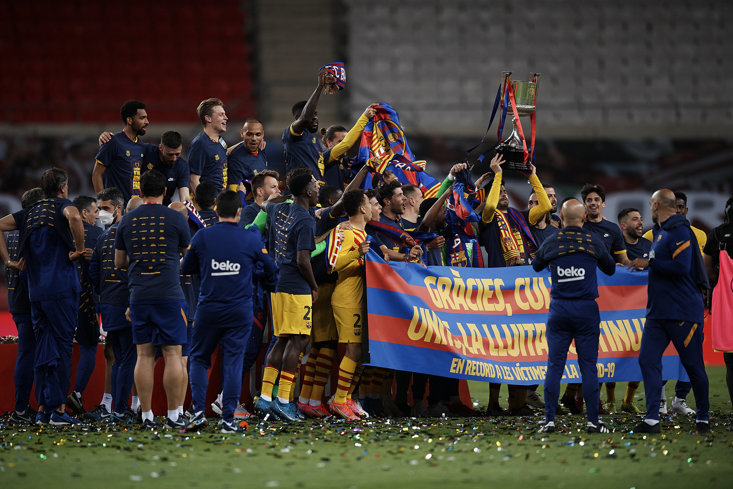 What are your views on the Super League?

We are firmly against this format. While we want changes to the current Champions League format, this NBA-style Super League is not what football is about and will never be accepted by us.

Were you surprised by the announcement?

Surprised by the timing of it. Announcing it now throws an already hectic season into further chaos. This wasn’t the right way to go about it.

Do you feel let down and betrayed by the clubs?

Yes, we feel let down. We know that former president Bartomeu had agreed to the terms of the Super League. But, we hoped that the new board would reconsider the participation. They still could, we haven’t given up hope!

Are you against the concept, no relegation and so little to fight for?

The concept is the most infuriating. Football is based on merit. No one team has the right to participate in the biggest competitions without earning their place. Meritocracy is why we have Porto winning the Champions League in 2004 or Ajax reaching the semi-finals in 2019. Case in Point: Why are Arsenal and Tottenham in the Super League but not Sevilla? The latter has been dominant in recent Europa League seasons and is a top-four contender in La Liga. This Super League has been designed to appease billionaires, not football fans.

Surely you would rather face Valencia, Sevilla et al to earn the right to face the Premier League six as you have year after year?

Yes. Earlier in the year, Barca were in danger of not finishing in the top four. This forced the team to improve and change tactics, and now they could win a domestic double! What’s the motivation for betterment if there’s a Super League? This applies to all teams, particularly Arsenal, who have not been good for several years.

Are you worried players could leave if UEFA impose sanctions?

We don't think UEFA will ban players from playing international football. It's not viable for them and FIFA. But if it does happen, the Super League clubs will have to budge first, because their project would be nothing without the world’s best players.

At this moment, we don’t see how the current Super League format goes ahead.