Football
News
We caught up with two die-hard fans, one United and one City, to go through this weekend's Manchester Derby at the Etihad
Simon Lillicrap
15:00, 05 Mar 2021

The Manchester Derby is upon us and once again the Etihad Stadium will be empty as coronavirus restrictions prevent any fans from attending the game. On March 8, 2020, almost a year to the day, Manchester United beat Manchester City 2-0 in the final Premier League game for both sides with fans in attendance.

Few in the stands that day realised they would go twelve months without attending a match, so we caught up with two fans who went to the game to get their views on this Manchester derby, which will hopefully be the last with no supporters.

Representing the red half of Manchester is Sophie, (@SophRicho) who runs the YouTube channel HairDryerTreatment and has 40k followers on Twitter. Meanwhile, in the blue corner is Josh Ellingsworth, (@J_Ellingworth) who has been to every Manchester City game home and away for the last three years. Here’s what they told us...

You went to the last Manchester Derby with fans, what was the atmosphere like?

Sophie: What a day! A great game with a great atmosphere and Scott McTominay’s goal at the end really lifted the spirits.

Josh: I mean it wasn’t very good from a City fans’ perspective as we lost 2-0, but when you witness Scott McTominay score from near the halfway line you start to think to yourself ‘what’s the point anymore?’ But both fans were up for it as always before, during and after the game as all derbys should be. It's always a feisty one! 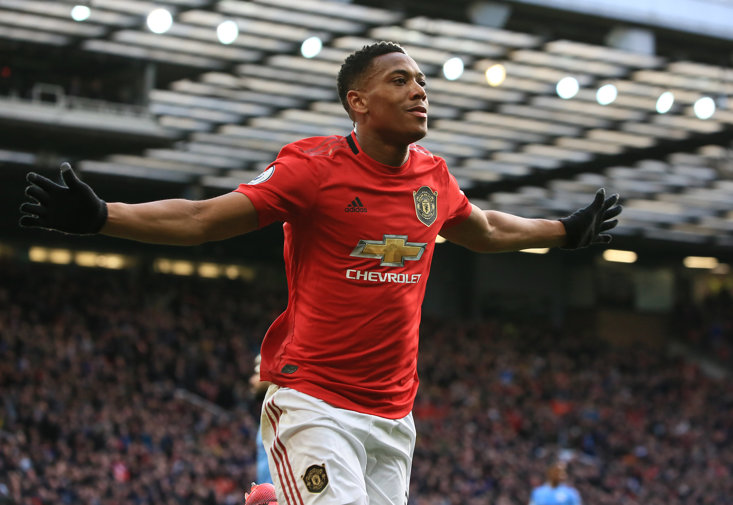 Did you ever think that would be one of the last games you went to for so long?

Sophie: No, it’s crazy. I think it’s no coincidence that the big games have not been thrilling without fans. Fans give that extra edge and push players to that next level.

Josh: Nope! I think I stand with 75,000 others inside Old Trafford that day on that one, we all knew and heard about covid on the news or whatever but never in a million years did I think it was going to stop football altogether and more importantly people’s lives.

It’s beginning to get weird even thinking about being stood in a crowd of thousands of people now because restrictions have been around for so long and how much we’ve got used to them. Looking back I wish I knew it was my last as I’d have gone straight into town even if we did lose 2-0.

What do you miss most about going to the derby?

Sophie: The fans, the atmosphere amongst both the home and away end. I miss hearing the chants, I miss a pie at half time and being able to banter the opposition fans.

Josh: Just the buzz of waking up in the morning knowing it’s derby day, getting to the pub early for pre-match laughs, banter and plenty of alcohol. The walk to the ground nervously, I always get nervous on derby day even now. It’s just a day like no other, nothing else matters other than three points!

Is this the game you are missing the most during the pandemic?

Sophie: I miss every game but after previous games especially the derby where we’ve seen 0-0 draws and I feel with fans this would be so different as teams would go for it a bit more.

Josh: I miss every game at the moment! It’s that bad I’d give my arm and leg to go to Burton Albion away in the League Cup, but Manchester Derbies come with some of the best atmosphere at both the Etihad and Old Trafford and feel like proper special games for both fans and players because it means so much for local pride and bragging rights at work, school or whatever. 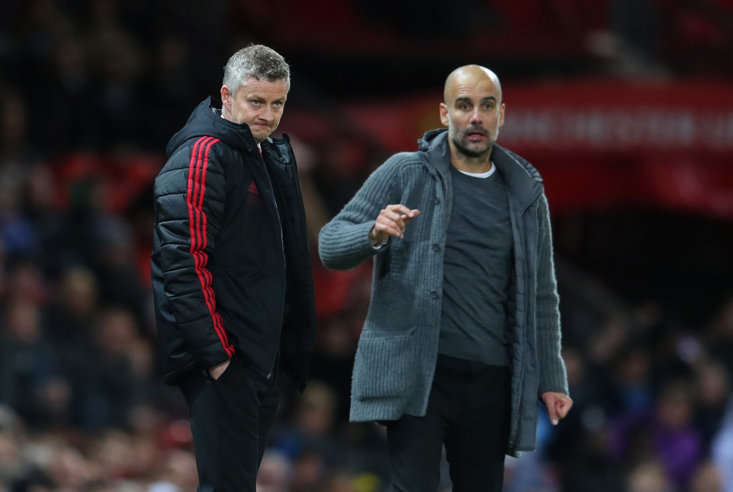 What has it been like going a whole year without going to a game?

Sophie: Depressing. I mean I’m still grateful that football is going ahead but overall the experience is nowhere near the same and I cannot wait for the day when fans return and we can have some normality back.

Josh: Awful, it is basically my life. It is unreal following City home and away as there is nothing better than following your club up and down the country, I’d see the same faces every week (you know who you are!) and it was just such a precious thing to look forward to.

I struggled to get into it, especially at the beginning as I’m not a big fan of watching it on TV with no crowd too. It’s a good job we’re brilliant at football because if I was a red I’d be falling asleep watching them play!

What does this particular derby mean to you?

Sophie: It’s all about bragging rights. We all know how good City are and the title is theirs to lose but how nice would it be to take points off them and actually see us score some goals! I genuinely feel, for us, it’s about showing our progress and cementing that second place spot.

Josh: Well, being a born and bred Mancunian, as a kid we were always the underdogs and got the odd result and that would be our season, now it’s kind of the other way round; they are the underdogs and if they beat us then that’s their season highlight and what they will bring up in arguments or whatever. The derby means so much still because of how far we’ve come as a football club and it’s always a game I’m nervous for, however old I am! 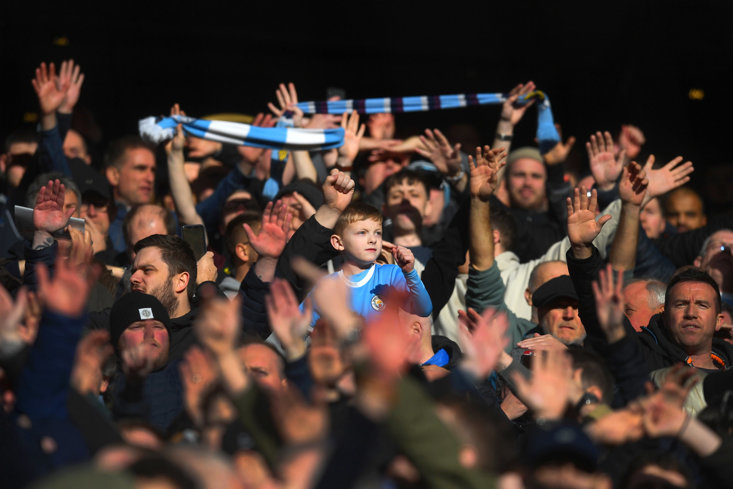 What are you most looking forward to when going back to City v United matches?

Sophie: The chanting amongst fans. Being able to cheer your team on in person and push them to the next level. Being able to drive the team forward in those dying moments of the game, as screaming at the TV surprisingly seems to have no effect.

Josh: The feeling! And what a feeling it’s going to be, I’ll be getting up with so much to do and look forward to being the first in the pub at 9am asking when they start serving, but the whole match day experience and that first game back is going to be one hell of a party.

The next Manchester derby with fans will be a cracking atmosphere too, better than usual. If we are allowed back for the start of next season then I think we could see some of the best atmospheres we’ve seen for years. Giving me chills thinking about it - get us back!