Motorsport
News
The high spec racing simulator for those who want to take their esports to the next level
Gary Quinn
11:00, 09 Oct 2020

The games room, man cave, call it what you will, just got better. Aston Martin better. Thanks to the launch of the super stylish British car maker's AMR-C01, the racing simulator for those who want to take their esports to the level above the next level.

From James Bond’s best ever motor, the classically beautiful DB5, through the rip-roaring V12 Vantage S, to the hardcore, yet sophisticated Vulcan, we know what makes Aston Martin tick. Speed, power and that quintessential British beauty. Of course, this comes with a price, and their latest venture is no exception.

The AMR-C01, which will be used for virtual racing only, will set you back £69,000. Yes, yes, we know you can get an ACTUAL car (and a damn good one) for that price but this is an Aston Martin after all. 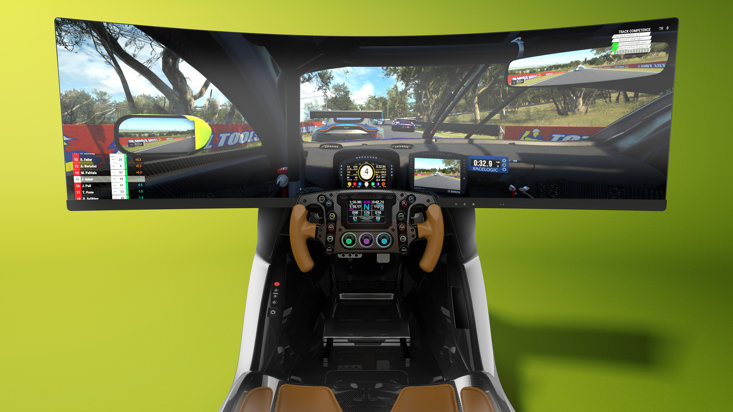 Its design is based on the company’s soon to be released Valkyrie supercar, which has a price tag of £2.5m. So this bad boy is peanuts in comparison, right? So what do you get for your money?

It has a carbon fibre monocoque chassis to make it extremely rigid and replicates a genuine race car as closely as possible. The body is shaped to mimic the design of Aston Martin’s current and future line-up of super-fast models, with the tip of the nose on the simulator reflecting the actual cars' grille shape. 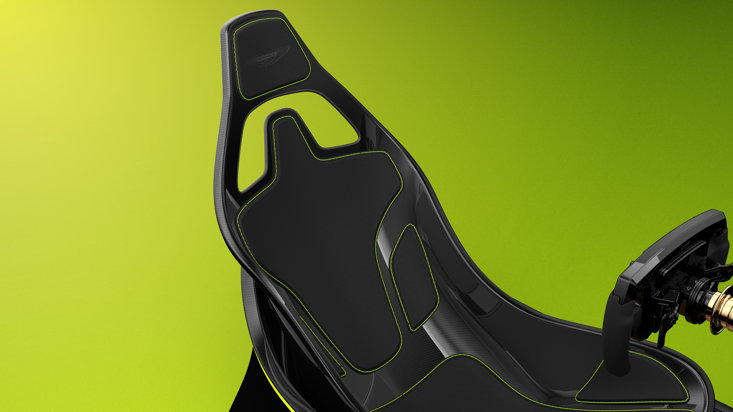 The wheel itself looks like it's been taken straight from a Formula One machine, with a mass of multi-function controls to allow gamers to flick through modes and functionality as they chase their best virtual lap times. It also has a small screen to display lap and split times, gear selection and the rev counter.

The all important screen is a 49-inch Samsung curved LED monitor, which is among the best in the business. Which, let’s be honest, is what you’d expect.

In short, it looks the business. Which is a good job because once you’ve bought one of the 150 to be made, it’s not going anywhere.

Aston Martin chief creative officer, Marek Reichman, had this to say, “This was a challenge for the design team as, although the simulator isn't a car, it is inspired by our racing cars.

“It needed to exude the same elegance, boasting the same dynamic lines and balance of proportions as any Aston Martin with a racing lineage.

“I can picture the AMR-C01 in the most beautiful of residences as a sculptural work of art in its own right.”

There you have it, a work of art for the man cave. Thank you, Aston Martin, thank you.