Football
News
The Premier League winner joined Villa on loan until the end of the season
Sean Cole
11:13, 08 Jan 2020

The January transfer window is clearly the ideal time to try to revive the flagging careers of forgotten English central midfielders. After Jack Rodwell pitched up at Sheffield United for an unexpected crack at the Premier League, Aston Villa decided to rescue Danny Drinkwater from his Chelsea torment by taking him on loan until the end of the season.

The severe downward slope began with unimaginable success. Leicester City’s shock title win turned a group of previously unheralded players into household names. Jamie Vardy, N’Golo Kante and Riyad Mahrez were the team’s undoubted stars but it was a collective effort and Drinkwater made a sizeable contribution with his bustling displays and impressive range of passing.

He was catapulted into the England squad ahead of Euro 2016 and, despite missing out on the tournament itself, still picked up three caps under Roy Hodgson. Drinkwater has rarely come close to selection since as his form tailed off after that one glorious season. A perfect storm of circumstances – big clubs floundering, opponents underestimating Leicester and players performing above themselves – had conspired to carry them to the summit and it couldn’t be replicated.

Drinkwater continued to be an influential player for Leicester, still battling gamely and sending Vardy scampering through on goal with his long, lofted passes, but things could never be quite the same again. He gained Champions League experience on the Foxes’ run to the quarter-finals and helped steady the ship when Craig Shakespeare replaced Ranieri as manager.

Meanwhile, Kante burnished his reputation as perhaps the finest defensive midfielder in world football by winning another title with Chelsea. He claimed a host of personal accolades too, including the PFA Players’ Player of the Year Award, and made himself indispensable to the French national team.

When the chance came for Drinkwater to be reunited with Kante at Stamford Bridge, and start competing for trophies on a regular basis, his desire to move was understandable albeit misguided. A £35 million deal was finally agreed on 1 September 2017, starting a new, and, as it turned out, rather painful, chapter in his career. It seemed too good to be true and it was.

Many observers understandably cautioned Drinkwater against joining Chelsea, having seen how frequently players would arrive for big fees only to disappear into the depths of a bloated squad. A series of injuries didn’t help Drinkwater’s cause but that’s precisely what happened. He made 22 appearances in his first season and only once started consecutive league games, in away losses to Manchester United and Manchester City. 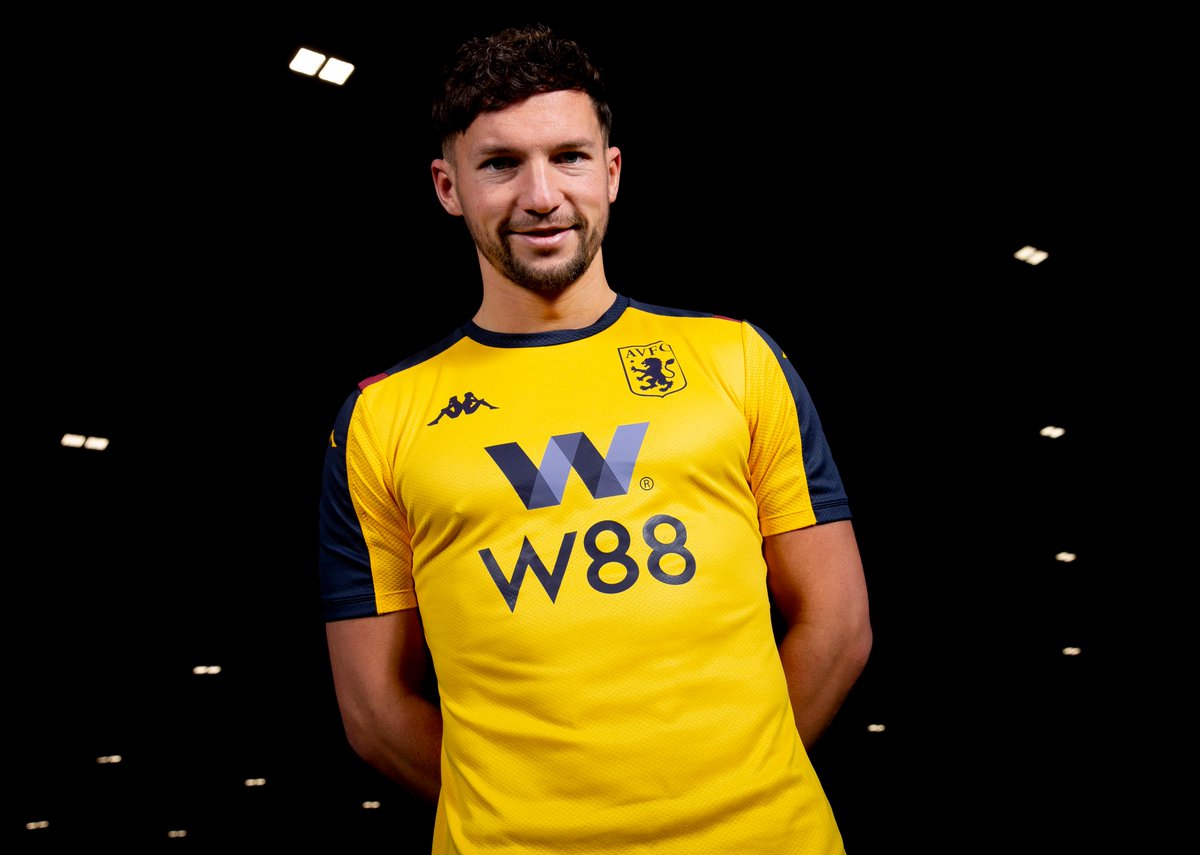 Maurizio Sarri took over as manager and soon made it clear that Drinkwater wouldn’t feature in his plans. During a lost year he played precisely 30 minutes of first-team football in the Community Shield. He was twice named on the substitutes’ bench but his services weren’t required. The dream move had quickly become a desperate nightmare. In April, he was charged with drink-driving after crashing his car.

Shortly after the incident, Sarri was asked in a press conference about Drinkwater’s continued absence from his squad. “As he knows very well, he has never played because, in my opinion, he is not suitable to my system, to my way of playing. I told him everything in August. He appreciated it but he decided to remain. And so he knew very well the situation,” said Sarri.

“Maybe I am wrong, but it’s my opinion. I try [to be honest with the players]. Of course, sometimes you have to say something different. But in 99% of cases, I try to be honest. I spoke with him in August, when the market was still open, and said he should look for something different because he wouldn’t play. And I told him the reasons, my reasons.”

Yet more managerial upheaval, with the appointment of Frank Lampard, failed to improve Drinkwater’s situation. Even taking into account the club’s transfer ban, he was still consigned to the Chelsea scrapheap as academy graduates and returning loanees soon pushed ahead of him in the queue for places.

Burnley offered Drinkwater a temporary escape but his short stint at Turf Moor was dogged by problems from the start. Within a week of joining, he was beaten up outside a Manchester nightclub, resulting in ankle ligament damage and another spell on the sidelines. The situation never really recovered, as he played just two matches for the Clarets before deciding to cancel the loan earlier this month in search of more regular action.

With John McGinn out through injury, Aston Villa have been able to promise Drinkwater more opportunities for the remainder of the season although his long-term future remains as uncertain as ever midway through a five-year contract at Chelsea. The vast majority of their massive investment has already been written off.

x
Suggested Searches:
Tyson Fury
Manchester United
Marcus Rashford
Lewis Hamilton
F1
Air Jordan
More
football
Liverpool Stop The Rot After Horror Run With One-Sided Win Over...
Liverpool are back. For now. Staring down the barrel of another night of frustration after four straight [ ... ]
football
Solskjaer's Search For A True No.9 Continues As Man Utd Draw...
Luke Shaw was marauding forward with the ball to get Manchester United on the attack again and cut inside, [ ... ]
football
Rooney Nets The Only Goal To Lead St Johnstone To Betfred Cup...
St Johnstone clinched only the second piece of major silverware in their history on Sunday with a 1-0 [ ... ]
football
Arsenal Show Character To Remind Premier League Of Their Quality
Character. Every top team has it. Every team with character can battle until the end. Setbacks, pitfalls, [ ... ]
football
With 200 Chelsea Apps In The Bag, Kante Can Shine Once Again...
Amid a whole host of storylines lined up for Chelsea v Manchester United, one person is sure to go under [ ... ]
football
Anwar El Ghazi Finally Gets Revenge At Elland Road As Aston...
Anwar El Ghazi got his revenge at Elland Road, the ground where he was controversially sent off on his [ ... ]
football
Brighton’s VAR Nightmare Vs West Brom Proves We Must Be Able...
Quick free-kick, whistle, goal, whistle, goal disallowed, goal given, players at half-way line, goal [ ... ]
football
Stones and Dias Prove 'Defence Wins Titles' As Man City Make...
“Attack wins you games, defence wins you titles.”  As Manchester City won their 20th [ ... ]
football
Callum Davidson Hoping To Lead ''My Club'' St Johnstone To Cup...
“It’s my club,” Callum Davidson says of St Johnstone, the team he will proudly lead [ ... ]
football
David Martindale’s Inspiring Journey Could See Fairytale Chapter...
David Martindale never dreamed he would be managing Livingston in the final of the Betfred Cup [ ... ]
football
Rooney's Big Game Experience Could Pay Dividends For Rams In...
Since he burst onto the scene as a 16-year-old, scoring that goal against David Seaman in the Arsenal [ ... ]
football
Europa League Draw: Ibra Returns As Man United Draw AC Milan...
Manchester United’s quest for Europa League glory will pit them up against AC Milan in the last [ ... ]
football
Two Years On At Leicester, Rodgers' Decision To Leave Celtic...
The rumours swirled for a couple of weeks beforehand, but on this day two years ago, Brendan Rodgers [ ... ]
football
Leicester Can Learn From Slavia Prague Setback For Future Success...
In Greece hours earlier, Arsenal absolutely had to beat Benfica to keep their season alive. In Leicester, [ ... ]
football
Arsenal Keep Europa League Dream Alive With Huge Comeback Win...
Joe Willock, Reiss Nelson and Ainsley Maitland-Niles all started for Arsenal in the Europa League at [ ... ]
football
Appointing Lennon's Successor Will Be Celtic's Biggest Decision...
13, 9, 9, 30, 15, 27, 29, 16, 20,  This isn’t a tough ‘guess the missing number’ [ ... ]
football
Brentford Back On Track But Norwich Lead The Way In Thrilling...
Brentford returned to winning ways on Wednesday night but Norwich City remain seven points clear at [ ... ]
football
Five Years On: The Night Marcus Rashford Blasted His Name Into...
Marcus Rashford wasn’t even supposed to be playing on the night his life changed. Anthony Martial [ ... ]
football
Forget Talk Of The Quadruple, Manchester City Are A Team To...
Manchester City made it 19 wins in a row in all competitions with a comfortable 2-0 win over Borussia [ ... ]
football
Dele Alli Masterclass Proof He Can Get His Spurs And England...
Is there any way back for Dele Alli at Tottenham? After tonight’s performance in an emphatic 4-0 [ ... ]
football
Lennon's Departure An Inevitable Conclusion For Underperforming...
For nearly a decade now, Celtic have held the upper hand. They have been able to find fun in Rangers’ [ ... ]
football
Everything You Need To Know Ahead Of This Week's Europa League...
The Europa League returns on Thursday with British clubs looking to get the job done in the second leg. [ ... ]
football
Pep's Pursuit Of Perfection Could Yet Lead Man City To Even...
When Raheem Sterling headed home within the first two minutes on Sunday, the end result was already [ ... ]
football
Giroud Stunner Breaks Down Atletico's Wall To Put Chelsea In...
The ball seemed to hang in the air for an absolute age. For a good hour this game between Atletico Madrid [ ... ]
football
VAR Has Got A Lot Wrong, But It Is Dealing With Football's Problem...
The right decision was made. No penalty. Andre Marriner looked at his monitor and watched reply after [ ... ]
football
Simeone Is Everything Abramovich Wants At Chelsea, But He Doesn’t...
Diego Simeone and Chelsea have been inexplicably linked for the entirety of the past decade. Every time [ ... ]
football
Ahead Of Jill Scott’s 150th Lionesses Cap, We Salute One Of...
It has been a long time coming for Jill Scott. 349 days to be exact since her 149th cap but finally [ ... ]
football
From Bayern Target To Subbed Sub, Hudson-Odoi Needs To Become...
The board really did say the number 20. Callum Hudson-Odoi trudged off the field but surely must have [ ... ]
football
Everything You Need To Know Ahead Of This Week's Champions League...
We continue to live in strange times, and still some of the Champions League last 16 fixtures must be [ ... ]
football
Gerrard On The Verge Of Long-Awaited Title As Ruthless Rangers...
“Have you ever seen Gerrard win the league?” goes the mocking chant with a rather course [ ... ]