Cristiano Ronaldo scored yet another hat-trick, Atletico Madrid dropped points in La Liga to give Barcelona a boost while it's advantage Bayern Munich in Germany. Here's your round-up of this weekend's action on the continent.

Atletico Madrid could see their lead at the top of La Liga cut to four points should Barcelona defeat Huesca on Monday night. Diego Simeone’s men were in action on Saturday but were held to a 0-0 draw at Getafe, despite the visitors playing with 10 men for 20 minutes after former West Brom defender Allan Nyom was sent off for the hosts.

Real Madrid moved to second, coming from behind at home to beat Elche 2-1 as Karim Benzema scored twice, completing his brace with the winner in the 91st minute.

Sevilla strengthened their hold on fourth by clinching a 1-0 victory in The Great Derby against city rivals Real Betis, Youssef En-Nesyri the hero. Elsewhere, Valencia continue to stutter, losing 1-0 at Levante to leave them only seven points above the relegation zone. 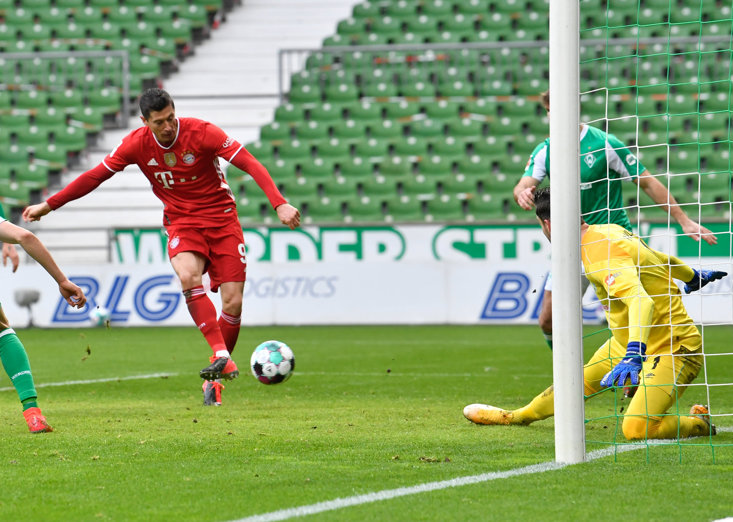 It was a great weekend for Bayern Munich in the Bundesliga as the top dogs pulled away from second-placed RB Leipzig to create a gap of four points after winning 3-1 at Werder Bremen. Serge Gnabry, Leon Goretzka and Robert Lewandowski scored the goals. Leipzig were held at home by fellow Champions League hopefuls Eintracht Frankfurt, Daichi Kamada cancelling out Emil Forsberg’s opener.

Borussia Dortmund moved to within two points of the top four as Julian Brandt and 16-year-old Youssoufa Moukoko netted in a 2-0 win over Hertha Berlin. Bottom club Schalke look doomed, meanwhile, after being hammered 5-0 at Wolfsburg. They have taken just 10 points in 25 games this season.

PSG just can’t get above Ligue 1 leaders Lille. Mauricio Pochettino’s side suffered a surprise 2-1 home loss at the hands of Nantes. Julian Draxler gave the capital club the lead but Randal Kolo and Moses Simon scored for the away side in the second half. Angel Di Maria was substituted in the 62nd minute after reports his house was targeted by burglars during the game.

Lille earned a vital point in their charge for the title, drawing 0-0 at fourth-placed Monaco, while third-placed Lyon were held to a 1-1 draw at Reims. 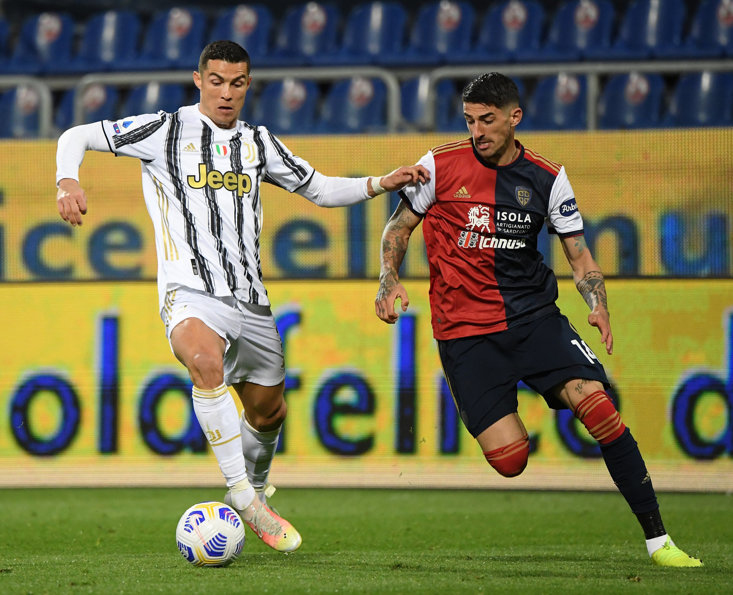 Cristiano Ronaldo did what he does best on Saturday, answering his critics and dealing with setbacks by scoring goals. After he and Juventus were dumped out of the Champions League against Porto last week, he scored the 57th hat-trick of his career in just 22 first-half minutes as the Bianconeri won 3-1 at Cagliari.

That result compounded Milan’s misery, following their 1-0 home defeat to Napoli; Matteo Politano scored for the visitors while Ante Rebic was sent off in injury time.

The Rossoneri fell nine points behind rivals and Serie A leaders Inter, who beat Torino 2-1 courtesy of a Romelu Lukaku penalty and Lautaro Martinez goal. Milan would drop to third if Juventus were to win their game in hand.

Roma suffered a dent to their European aspirations, losing 2-0 at Parma and seeing Napoli and Atalanta, who beat Spezia 3-1, move above them.

Sporting Top In Portugal And Ajax Take Advantage In Holland

Portugal’s big three all claimed victories this weekend, with Sporting winning 1-0 at Tondela to maintain their 10-point lead at the top of the table.

Porto defeated Pacos de Ferreira 2-0, while Benfica beat Boavista by the same scoreline to move within a point of third-placed Braga, who face Famalicao away on Monday night.

In Holland, Ajax pulled further away at the top, winning 2-0 at PEC Zwolle as second-placed PSV were held 1-1 by fifth-placed Feyenoord. The Eindhoven club are now eight points off the summit.