Football
News
The Slovenia international has been linked with Chelsea and Manchester United in the past
Elliott Bretland
17:00, 30 Apr 2021

Jan Oblak isn’t ruling out a move to the Premier League one day in the future. The Atletico Madrid stopper is considered one of the finest goalkeepers in the world and has been linked with Manchester United and Chelsea in recent seasons.

Asked could he see himself leaving La Liga for England one day, he kept the door open for such a move and believes he would be able to maintain his high standards in any of Europe’s top leagues.

Speaking to football expert Guillem Balague about what could come next in his career, the 28-year-old said, “I don’t know what the future will bring, but I am sure that in any league I would play I could play well. 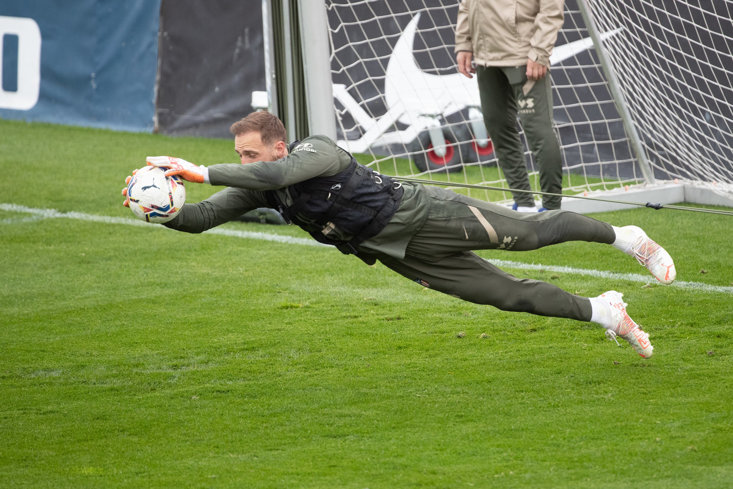 “You never know what will happen in the future. Now I have been in Spain for seven years. Let’s see. I’m still young. Not so young anymore, but I still have some years in front of me. The most important thing for me is the hope that I do not suffer any injuries. Let’s see what the future will bring.

“The Premier League has strong teams,” Oblak added. “Maybe the strongest. But I think in the end it is what the coach is asking of you. You listen to his instructions. You are one of the eleven, so you do what he asks of you. All the players on the pitch are thinking like that. It doesn’t matter if it’s the Premier League, Italian League, Spanish League, wherever you go you need to do what the coach is asking you to do.”

The Slovenia international has earned 157 clean sheets in 298 appearances since joining Atletico from Benfica in 2004 and has conceded only 209 goals. Having been taught a little English at school, he learned it properly during his time in Portugal and so it seems there would be no language barrier should he one day make the move to Old Trafford or Stamford Bridge.

Playing in goal, it is the position which comes under most scrutiny when mistakes are made. However, Oblak can’t recall his first error and remains focused on the pitch, not allowing himself to get carried away.

“I always say you need to be on the same line,” he explains. “If the game is good, if the game is not so good, you have to remain the same. You need to keep the balance. Because it’s normal that during your career there are ups and downs but if you can manage this in your head on the pitch there are not many ups and downs. The important thing is to be always trying to improve and be better.

“Mistakes will always happen but for players in the top level they do not have problems with mistakes. After every mistake you can improve and not make it again. It’s the same for everything in life, not just football.”