Football
News
Diego Simeone's men lost at Sevilla and Barca can go a point behind them with victory against Valladolid
Elliott Bretland
12:00, 05 Apr 2021

Real Madrid and Barcelona have been given hope in La Liga after Atletico's defeat at Sevilla but Inter Milan and Bayern Munich have pulled clear at the top in Serie A and Bundesliga respectively. It was a bad weekend for PSG in Ligue 1, meanwhile, as they lost a crucial clash at the top of the table.

Here's our round-up of this weekend's action on the continent...

Barcelona and Real Madrid Ready To Pounce After Atletico Defeat

Atletico Madrid’s lead at the top of the La Liga table now stands at just three points after Diego Simeone’s men lost 1-0 at Sevilla on Sunday night. Marcus Acuna headed home at the far post on 70 minutes and Atleti had no reply, losing their third league game of the season. Jan Oblak had saved a Lucas Ocampos penalty in the first half while Joan Jordan later hit the bar but the goalkeeper was powerless to keep out the hosts' winner.

The result was great news for rivals Real and Barcelona. Los Blancos closed the gap on Saturday with a 2-0 victory over Eibar. Marco Asensio raced through to put Zinedine Zidane's side ahead just before half-time and Karim Benzema sealed the win with an arrowed header on 72 minutes. Barca, who are third, host Valladolid on Monday night and a win for the Catalan giants would put them just a single point off the top. 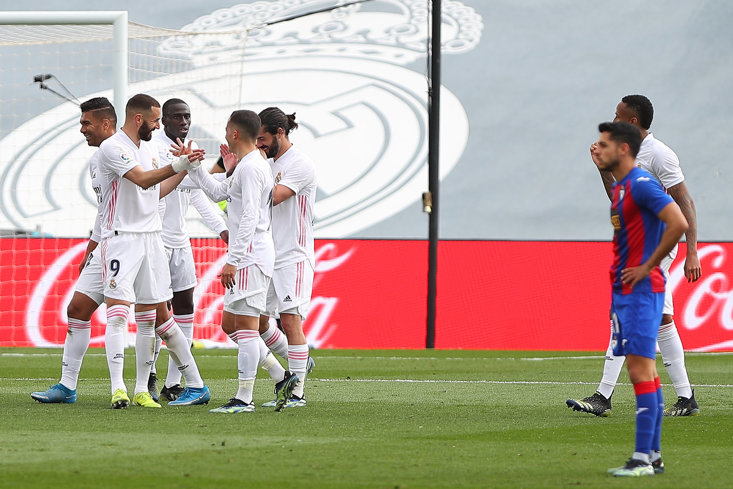 Milan And Juventus Held As Inter Pull Further Away

Inter extended their lead at the top of the Serie A table to eight points after city rivals Milan dropped points at home to Sampdoria. While the Nerazzurri beat Bologna 1-0 thanks to a Romelu Lukaku header, the Rossoneri trailed with three minutes to go before Jens Petter Hauge scored for Milan to cancel out Fabio Quagliarella’s goal for the visitors.

Juventus fell further behind the league leaders after drawing 2-2 in the Turin derby. Fernando Chiesa gave the Bianconeri the lead before Antonio Sanabria scored a brace to put Torino ahead. Cristiano Ronaldo, though (who else?) was on hand to grab a 79th minute equaliser but a winner evaded the defending champions who look set to miss out on the title for the first time since 2011.

Atalanta, in third, moved to within two points of Milan with a 3-2 triumph over Udinese while Napoli won an entertaining affair with Crotone 4-3. Roma drew 2-2 with Sassuolo and were leapfrogged by Lazio who defeated Spezia 2-1. 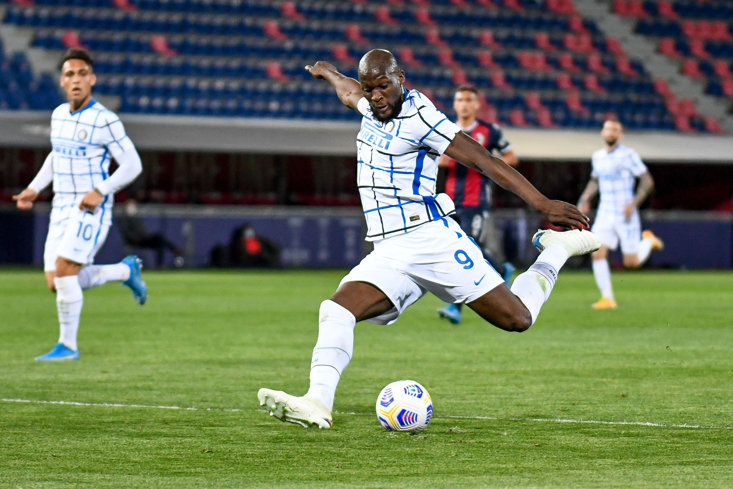 Bayern Munich took a giant step closer to winning a ninth straight Bundesliga title with a 1-0 victory over second-placed RB Leipzig to extend the gap between the sides to seven points with seven games to go. Leon Goretzka got the only goal of the game at the Red Bull Arena.

Elsewhere, Borussia Dortmund’s hopes of qualifying for the Champions League domestically took a hefty dent as they lost at home to Eintracht Frankfurt who moved seven points clear of BVB to solidify their place in the top four. Nico Schulz put into his own to give the visitors the lead before Mats Hummels levelled the scores just before half-time. Heading into the dying stages, the scores were tied until Andre Silva powered home an 87thminute header.

Wolfsburg beat Koln 1-0 courtesy of a Josip Brekalo strike and are third. Bottom club Schalke, who have amassed just ten points all season having played in the Champions League as recently as 2019, lost 2-1 at Leverkusen. 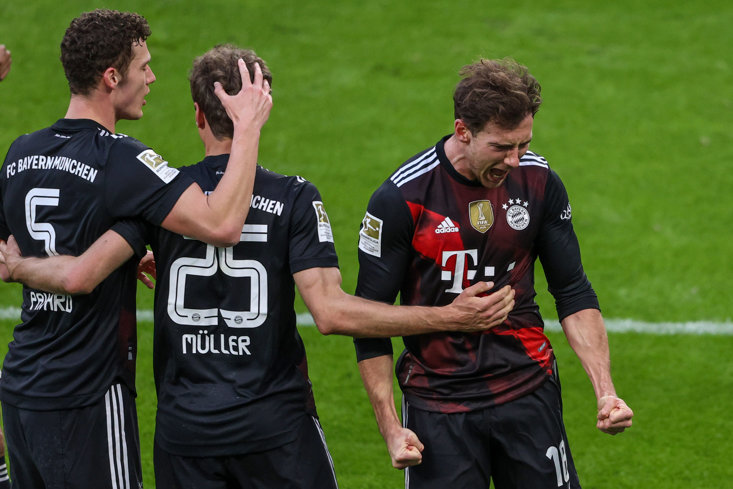 PSG suffered a major setback and dropped to second in Ligue 1 after losing 1-0 at home to title rivals Lille. French champions for seven of the last eight seasons, the club from the capital finally claimed top spot two weeks ago but were forced to give it up again after succumbing to a Jonathan David goal. However, the game was overshadowed when Neymar and Lille defender Tiago Djalo were sent off for a late tussle and continued their argument in the tunnel.

Monaco moved above Lyon and up into third on Saturday. Les Gones could only draw 1-1 at Lens, while Niko Kovac’s side claimed a 4-0 win over Metz. The score was goalless at half-time but Cesc Fabregas set them on their way with a penalty on 50 minutes before Kevin Volland doubled the advantage and Wissam Ben Yedder added a late double.

Marseille moved to within a point of fifth-placed Lens with a 2-0 home victory against bottom club Dijon. Nice won 2-1 at Nantes who remain in the bottom three while Bordeaus were beaten on their own turf by Strasbourg. 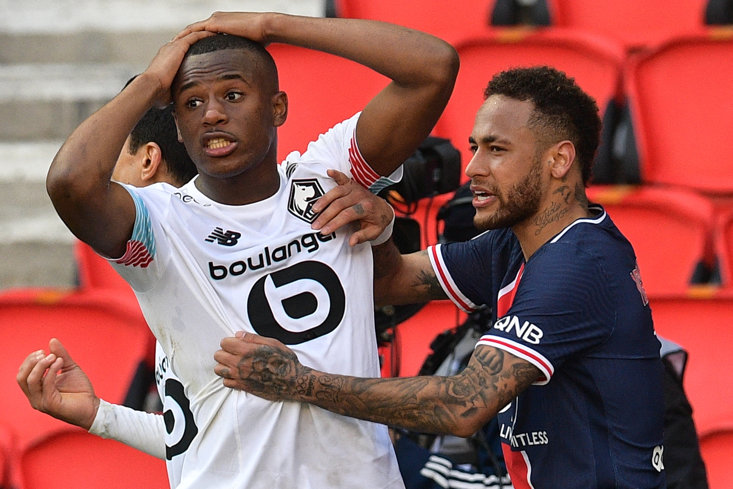 NEYMAR AND TIAGO DJALO WERE SENT OFF AS LILLE BEAT PSG

With leaders Sporting Lisbon not in action, Porto closed the gap at the top of the Primeira Liga to seven points with a dramatic late victory against Santa Clara. After Sergio Oliveira’s penalty was cancelled out by a Carlos spot-kick, the game looked to be heading for a draw. Striker Toni Martinez, who has spoken exclusively to The Sportsman ahead of Porto’s Champions League clash with Chelsea, had other ideas though and pounced to score a 95th minute winner.

Sporting go to Moreirense on Monday night while Braga travel to Farense and Benfica host Maritimo.

Ajax maintained their eleven-point lead at the top of the Eredivisie table with a 2-1 win at Heerenveen. Mitchell van Bergen put the home side ahead on 27 minutes but the Dutch giants equalised soon after through a Dusan Tadic penalty. On the hour mark, former West Ham striker Sebastian Haller grabbed the winner.