Manchester United’s Champions League hopes were ended by Atletico Madrid as Diego Simeone’s men secured the 1-0 win they needed at Old Trafford. This was the night that United feared, as Atleti dug deep after scoring a first-half goal on the break, and used all the clever tricks to see the time out in the second half.

It was a vintage away display from Simeone’s side. It won’t win them any fans, and the referee fell for all of their tricks, but they got the job done in a cauldron of an atmosphere. After Renan Lodi gave them the lead with a header, they used every foul to waste time, and frustrated a relatively blunt Manchester United side.

Even Cristiano Ronaldo, fresh off scoring a hat-trick in the Premier League, could not make an impact as he failed to test Jan Oblak, who was superb when called upon. Atleti have not been the defensive gritty side that Simeone created in his image over the last few years, but tonight they were. And it worked to perfection.

"They're not a better team than Manchester United, but they've got a better coach,” Paul Scholes summarised after the match. Ralf Rangnick has marginally improved United, but in the big moments, he has failed just as his predecessors did.

Rangnick made changes from the side that beat Tottenham, and it raised a few eyebrows given their positive display. Anthony Elanga, goalscoring hero from the first leg was given a start as Bruno Fernandes and Scott McTominay returned to the side in place of Nemanja Matic and Paul Pogba.

Cristiano Ronaldo and Bruno Fernandes created the first opening in an electric Old Trafford. Fernandes got in down the right and fizzed the ball into Elanga, who could only fire the ball into Jan Oblak’s face. The keeper knew nothing about it, but somehow kept it out.Rodrigo De Paul fired one in from long range that David De Gea managed to tip wide of the post before Diogo Dalot fired one at Jan Oblak.

United escaped Atleti’s first real attack as Marcos Llorente was slipped in behind and squared for Joao Felix to finish, but Llorente was needlessly a yard offside when the ball was played to him. 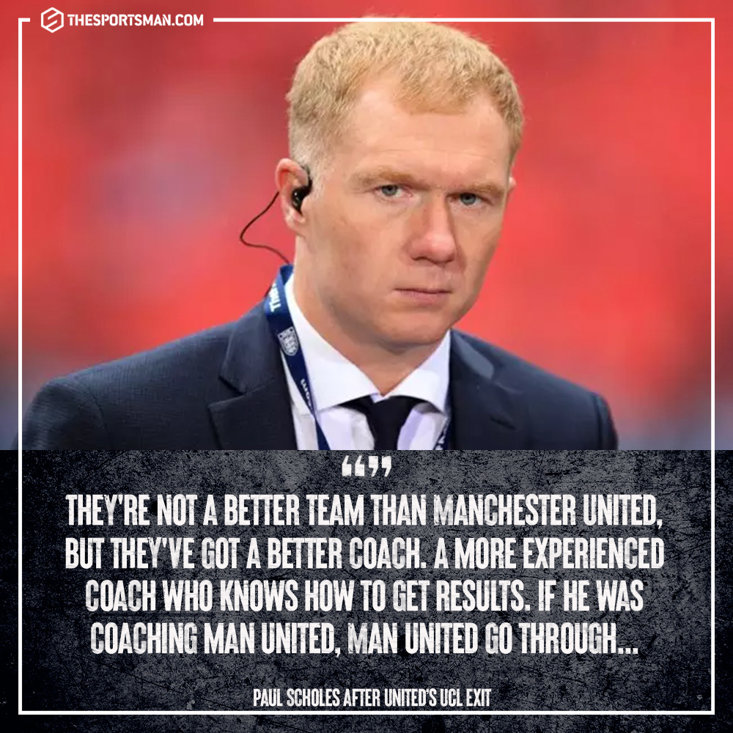 However, five minutes before the break, they would make the breakthrough. Renan Lodi, who created Joao Felix’s goal in the first leg, headed home an Antoine Griezmann cross after a clever counter. United were up in arms after an apparent foul on Elanga in the build-up, but VAR checked it and confirmed the officials had made the right call.

Fernandes unleashed a vicious strike on the stroke of half-time but despite the movement in the air, the big Slovenian managed to get down and steer the ball wide. After 45 minutes, the Spanish champions had got their noses in front.

United started the second half incredibly brightly as Elanga fired wide in the opening moments but United were looking to make an instant impact on the tie. Dalot then found some space on the right and crossed for Jadon Sancho at the far post, who caught the volley so sweetly, but it fizzed over the bar.

Then a triple substitution came. Paul Pogba, Edinson Cavani and Marcus Rashford were all introduced as United kept on pushing and the Stretford End attempted to suck the ball into the net.

Raphael Varane had a huge opportunity when his free header from inside the box was acrobatically saved by Oblak, who looked back to his best after a poor couple of years. The 29-year-old leapt to his right to stop Varane, before also keeping out Ronaldo’s overhead effort.

But United were knocking on the food. Atleti were penned in and tried all of the tricks in the book to run the clock down, but it felt like a constant wave of red shirts flooding into their half.

However, Atletico dug in. They’ve been here so many times before. They were a horrible team to play against, but they don’t care. They are through to the quarter-finals as United are once again forced to reassess.