So distinct was Diego Simeone’s philosophy as a coach it was given its own name - ‘Cholismo.’ Derived from the Argentine’s nickname, it came to define Atletico Madrid. Club and coach became a reflection of one another with the shared approach underpinned by the universal spirit that comes with being an underdog.

Of course, Atleti who take on city rivals Real this weekend, had been underdogs before Simeone took over in 2011. This was, after all, a club that existed in the shadow of their more illustrious, more celebrated city rivals, Real Madrid. Simeone, however, took that underdog spirit and used it to Atletico Madrid’s advantage. From that inherent inferiority came the trademark work ethic and character Simeone’s teams have become renowned for.

However, Simeone can no longer pitch Atleti as underdogs anymore. They spent around £250 million on transfers over the summer, with the £113million capture of Joao Felix, coveted by pretty much every elite club, the most expensive signing made in all of Europe over the whole window. It was a similar story last year, with around £150 million spent.

What's more, Atletico Madrid’s new surroundings are exactly reflective of underdogs. While the capital club called the cramped, crumbling Vicente Calderon home for decades, they are now into their second season at the shimmering, state-of-the-art Wanda Metropolitano out by Madrid Barajas Airport.

Simeone himself has recognised the need to adapt his ‘Cholismo’ ideology in order to take Atletico Madrid to the next level. The club’s summer business was geared towards taking Atleti’s famed conservative style and expanding upon it. With the likes of Diego Godin, Filipe Luis and Juanfran sold or released, the Old Guard has been cast aside.

Atletico Madrid want to take on both Barcelona and Real Madrid at their own game. The early signs have been mixed, though. Four wins from six games represents a good start to the new La Liga season, especially with Barca and Real dropping points, but Atleti’s performances haven’t quite been as free-flowing and expansive as Simeone might have hoped.

In time, an ability to switch between the conservative of old and the dynamism of new might give Atletico Madrid the capacity to adapt depending on the task at hand. Right now, however, Simeone’s side are caught in philosophical no man’s land - not quite familiar enough with the new style to implement it correctly, but lacking the muscle memory to revert to the default.

This was evident in the Champions League display against Juventus, when Atleti had to fight back from 2-0 down at home to claim a point, and in the league defeat to Real Sociedad as well as the goalless home draw against Celta Vigo on Saturday. Simeone established Atletico Madrid in their current, but now he’s trying to break them down and build them back up again. 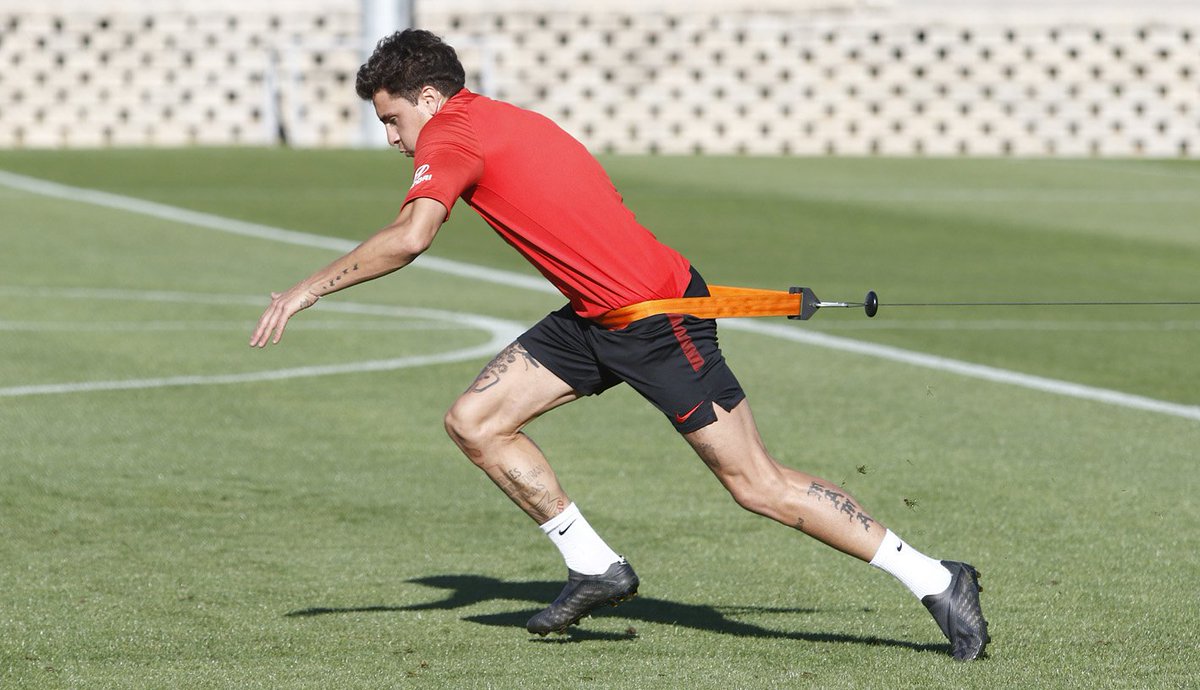