Football
News
Brighton have risen from the bottom of the Football League to the European places
Simon Lillicrap
07:55, 06 Nov 2021

Just over a decade ago, the tide had begun to turn for Brighton and Hove Albion. Having spent over ten years playing at the Withdean Stadium, with the infamous running track around the outside meaning that away spectators could barely see the other end of the pitch, their new stadium was on the brink of completion.

The new dawn was on the horizon and this was a club reborn under the ownership of Tony Bloom, who would take them all the way to the Premier League. But in the late nineties, they almost went out of business completely.

The board had sold the Goldstone Ground and hardly any money from the sale had gone back to the club, while results on the pitch were woeful. In 1996/97, only a Robbie Reinelt goal kept them in the Football League, even though they were level on points and had a worse goal difference than bottom club Hereford. Back then, goals scored took precedence over goal difference, but the club were in a dismal state.

They finished 23rd in what is now League Two, for three consecutive seasons before eventually settling in League One in the mid 2000s. Then Bloom came in and built the club up, into what we see today.

Promotion from the third tier and clever investment meant that by the time the club moved into their new home, they were ready to fight for promotion. Three play-off defeats in four seasons was heartbreaking at the time, especially the one to fierce rivals Crystal Palace, but it didn’t stop the club’s growth. By 2014 they had a state-of-the-art training and performance centre and three years later Chris Hughton led them to the top tier and kept them there, while the Seagulls then took another progressive step by appointing Graham Potter.

He has been a breath of fresh air in the Premier League after his brilliant work with both Ostersunds and Swansea, but it took a club like Brighton to have the foresight to appoint a young English boss with very little managerial experience in this country. They are now reaping the rewards, which brings us to this weekend’s match-up against Newcastle United.

The Toon are, at the time of writing, still on the hunt for a new manager after the departure of Steve Bruce with Eddie Howe now looking like the frontrunner to take on this huge job. These two clubs were very different at the turn of the century, but now, Brighton have surpassed the Magpies on the pitch.

Brighton & Hove Albion
@OfficialBHAFC
"It's a really, really tough game.
"I look at the quality they have and we're going to need a really good performance." #BHAFC 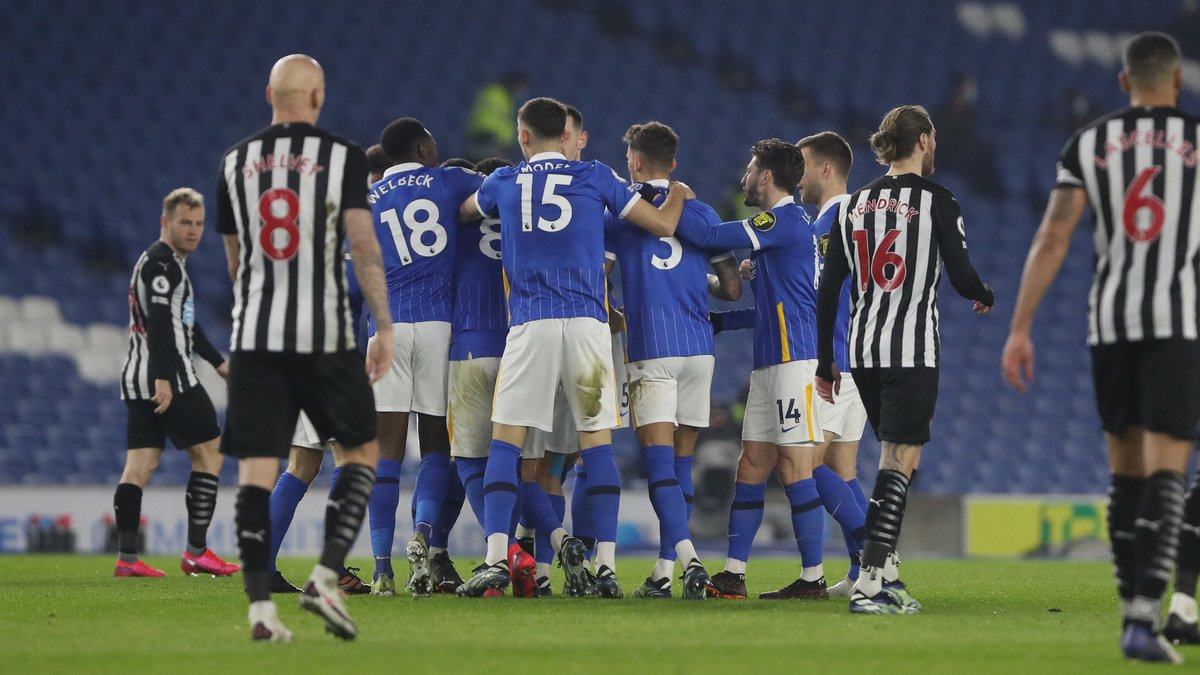 PIF have already stated that they won’t go on a crazy spending spree in the next transfer window and instead would like to invest in the academy and training facilities, which is already a step in the right direction. Having had Mike Ashley running the club as a promotional tool for his business over the last decade, any form of investment will be welcomed in the north-east, but the money must be invested into the right areas for long-term success.

Success can be measured in many ways, but the progress Brighton have managed to make this season in the Premier League was just the next step forward on an impressive journey that has seen them rise up from the bottom of the Football League. This summer they made a £7m profit on transfers and sit in 8th place, while Newcastle face a relegation dogfight to stay up, before they can look to the future.

The new manager faces a tough test to keep the Magpies in the league, but even if they get relegated this season, Brighton’s solid blueprint is the one that can provide them with a successful long-term future.