Tennis
News
It was a disappointing day four for the Brits in Melbourne
Simon Lillicrap
11:14, 20 Jan 2022

Day four of the Australian Open saw the Brits back in action with mixed results. Andy Murray exited the tournament after a disappointing showing, Emma Raducanu was hampered by blisters and also suffered an early exit as Dan Evans received a walkover to make it to round three. Here’s how the action unfolded in Melbourne.

US Open champion Emma Raducanu was hampered by blisters but showed huge courage despite her 6-4, 4-6, 6-3 defeat to Danka Kovinić. In the first set she got off to a flying start to go 3-0 up against  Kovinić, before blisters on her right-hand clearly affected her play.

The Montenegrin then took the initiative, broke her, and went on to win 6-4. However, in the second, with the blisters worsening and the trainer called onto the court, the teenager showed immense fight when it looked as if the set was getting away from her she battled through to level the scores, with a 6-4 set of her own. 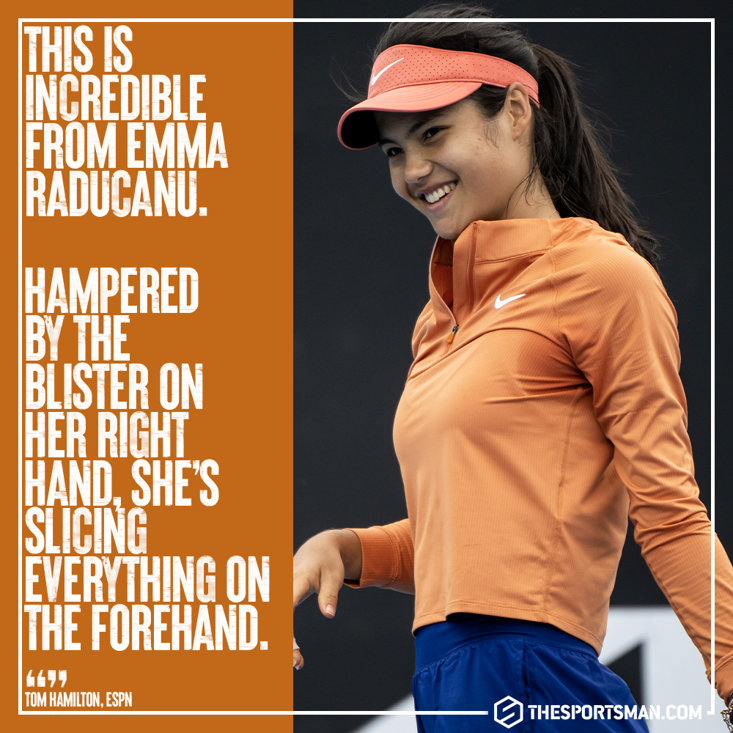 In the break between set two and three she was told she could have no more medical treatment by the umpire and her opponent, who was aiming to reach round three for the first time got an important early break. Raducanu continued to fight on like a Lioness but Kovinic served out for the match, having achieved the biggest result of her career.

There will be no fairytale this around, but the spirit she showed in this defeat makes her all the more lovable.

It is becoming an all too common sight on tennis courts across the world. Andy Murray put in an underwhelming performance at the John Cain Arena as he lost 6-4,6-4,6-4 to Japan's Taro Daniel, who is only ranked 120th in the world.

Daniel is now the lowest ranked opponent to have beaten Murray at a Grand Slam and it seems as if the 34-year-old was left depleted by his five-set triumph over Nikoloz Basilashvili just two days ago.

This is the first time his opponent has reached a third round in his career, while Murray shook his head as he walked off court after the defeat. This isn’t the way the Brit wanted his career to end, but it seems like the sands of time are now running out for the two-time Wimbledon winner.

Dan Evans got the day off and a place in the third round as his scheduled opponent Arthur Rinderknech withdrew with a wrist injury. With Murray’s exit, he is now the last British man left standing and will take on Felix Auger Aliassime on Saturday.

Unfortunately for Heather Watson, there was no such luck. She was beaten 7-6 (7-4) 6-4 by Slovenia's Tamara Zidansek, the same woman who beat her in Adelaide just last week and despite an extremely tight first set, Watson suffered the same result.

The 24th seed goes through to round three but Watson can take heart from the fact she was able to break so frequently - even when her opponent was serving for the match. Unfortunately, her own serve was targeted and ultimately she came up short in key moments.