Thomas Tuchel has already made several changes to Chelsea since his arrival at the end of January, and tactically his switch to three at the back has paid dividends on the pitch. The Blues are unbeaten in four league games since the German took over from Frank Lampard and no opposition player has managed to breach their now seemingly impenetrable defence. Antonio Rudiger’s comical own goal against Sheffield United remains the only goal they’ve conceded in the Tuchel era as they head to Barnsley in the FA Cup fifth round on Thursday night.

One key change has been the reinstatement of club captain Cesar Azpilicueta in that back three. A calming presence and leader on the field, the 31-year-old has the experience and the flexibility to improve any defence and it comes as no surprise that one of Tuchel’s first moves was to bring him back into the starting XI with instant success.

The Spaniard started just seven of Frank Lampard’s 18 Premier League games in charge this season as the former England midfielder gave Reece James a chance to build on his good work at right-back, while Ben Chilwell was brought in to fill the left-back role. Playing two centre-halves rather than three led to Thiago Silva, Rudiger, Kurt Zouma and Andreas Christensen all being preferred over Azpilicueta, who lacks the physical presence of his aforementioned counterparts.

He did make one appearance at centre-back under Lampard, as he deployed the back three that would bring Tuchel future success against Manchester United. With Reece James and Ben Chillwell pushed into wing-back roles, Azpilicueta helped Chelsea to a 0-0 draw, perhaps a sign of the success he could still bring to the team, even at the age of 31. After that solid performance he didn't even get onto the pitch in the next seven Premier League matches and it is telling that when Azpilicueta has played this season, whether as a starter or substitute, Chelsea have only lost one league game, and that was to champions-elect Manchester City. 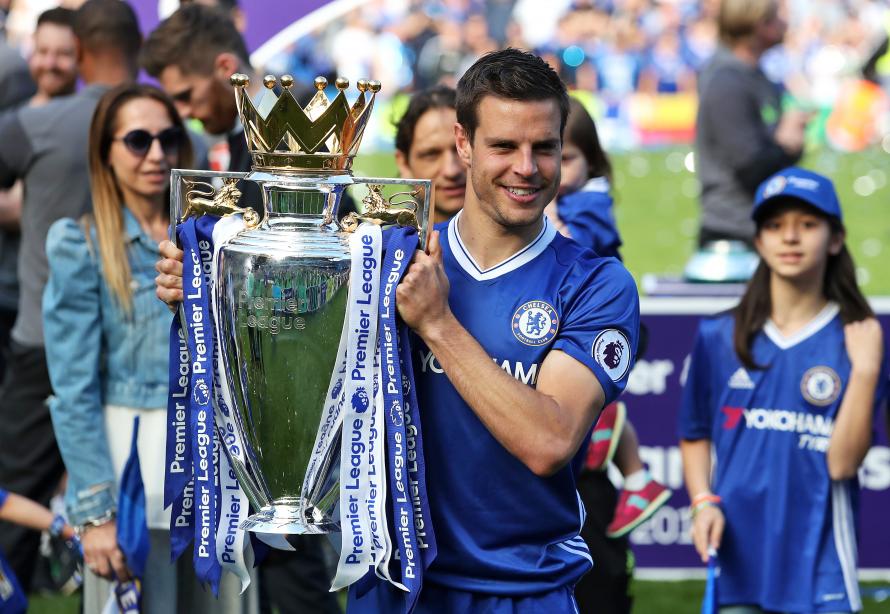 Since joining Chelsea in 2012, Azpilicueta has been a mainstay of the Blues side, an ever-reliable force in their defence. In the five seasons prior to this one, he missed just four league games out of 190, playing every single minute of the 2016-17 title-winning season under Antonio Conte. Eight managers have come and gone in his time and, Lampard aside, they have all seen Azipilicueta as a key component of their back line.

He has won the Europa League and the Premier League twice apiece and the FA Cup once in what has been a successful period for the Blues. In Jose Mourinho, Maurizio Sarri, Conte and Tuchel, some of the finest managers in the world have come to the club and immediately identified what he can bring to not only the side, but the dressing room. Out on the pitch, he is a leader and model professional while he holds the respect of all of his colleagues.

Azpilicueta is one of the finest defenders the Premier League has seen over the past decade, and perhaps Lampard’s biggest error was failing to utilise such an impressive and consistent player. It is testament to the Spaniard’s professionalism that we never heard one whisper of discontent from him or the rest of the Chelsea players under the Englishman’s tenure, even when out of the side he was leading by example.

In an era of chaos at board level, big-money signings and ever-changing managers, Azpilicueta’s ability to provide consistency and serenity at Chelsea is frankly remarkable and should never have been overlooked as it was under Lampard.