Remember the first time you saw the monolithic corporate temple of Tyrell looming over Blade Runner’s L.A, that initial glimpse of a magnificent, synthetically-glistening Neo-Tokyo, or frantically turning the pages to reveal more about Mega City-One?

That sensory explosion is really going to hit you again with the November release of blockbuster video game Cyberpunk 2077, a futuristic all-action RPG from the makers of The Witcher 3, that takes the player around the expansive dystopian Night City in a car likely to join the pantheon of culturally significant sci-fi vehicles: the Quadra Turbo R. It’s a beautiful beast that is a character within itself, arriving with its very own backstory. Sportswear giant Adidas are already all aboard the hype train for the project and now the game’s developer, CD Projekt Red, has teamed up with Rockstar Energy and its in-house Rockstar Performance Garage to create a one-off custom Quadra muscle car, using a 1970 Mustang 302 for an almost peerless foundation. 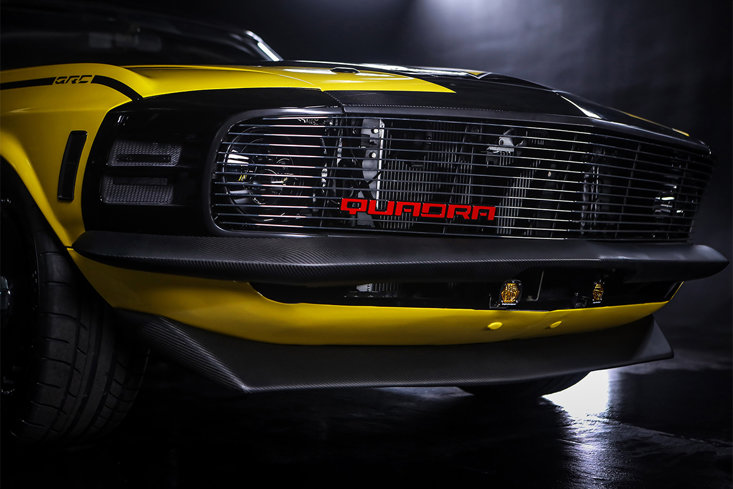 In order to recreate the fictional vehicle Cyberpunk 2077’s protagonist ‘V’ careens around Night City in the specialist workshop has replaced almost all the exterior body parts on the vintage Mustang with carbon fibre options, sourced from Anvil Auto. The muscle car’s aggressiveness is enhanced by a custom grille from T-REX Grilles with a phantom shroud over the headlights. Speaking of illumination, new fog and reverse lights from Baja Designs as well as a black and Quadra Yellow paint job from both Irwindale Collision and DH Graphics complement the startling, unique design that takes the driver back to the future. For extra authentication, a specially-machined “QUADRA” badge is provided in blood red by Billet Badges. The black rims are from Rotiform and are wrapped by Mickey Thompson tires, which are needed. 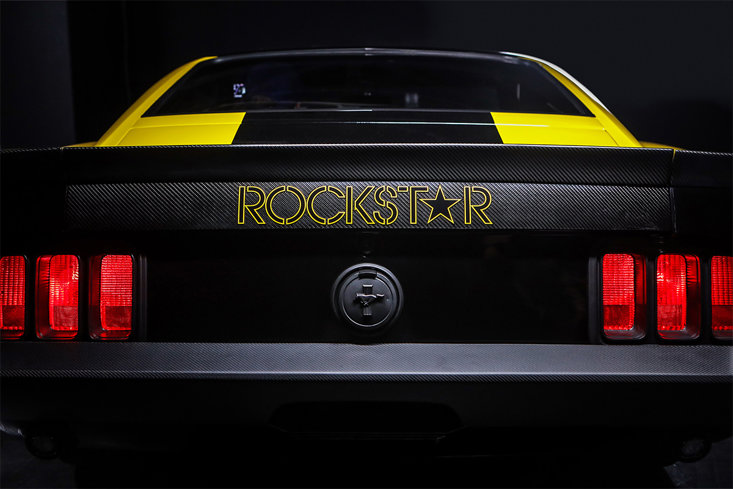 We’ve discussed style, what about the substance? For performance, the Quadra features dual-engine intakes from K&N Filters, reworked cooling from Mishimoto, four-wheel disk brakes from R1 Concepts, and a new coilover suspension system on all four wheels by Ridetech, and a 9.0-inch rear end. There’s a heavily upgraded V-8 engine, fuel injection, a pair of 3.0-inch K&N air filters, and a Magnaflow dual-exhaust system. 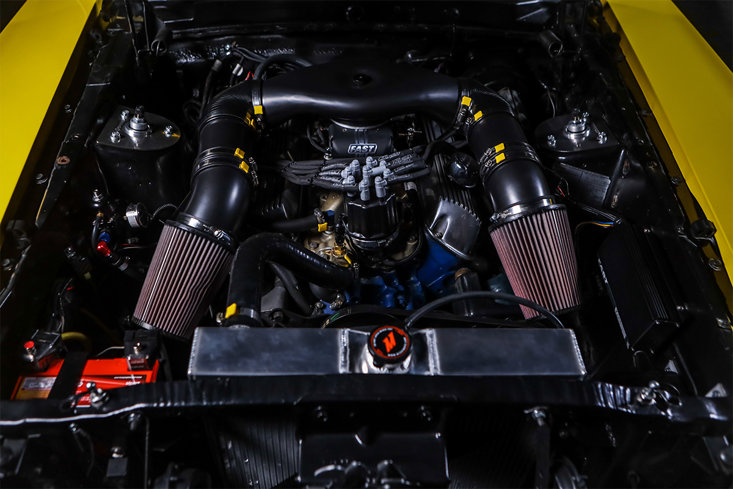 “This is one of those builds that just makes you love what you do and the team you have to accomplish it,” said Rockstar Performance Garage owner Nic Ashby. 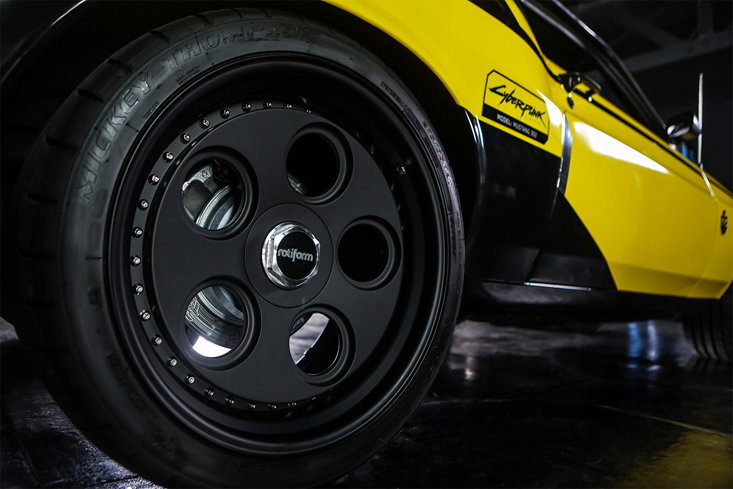 For lucky North Americans, they have a chance to win this one-of-a-kind custom Quadra Mustang straight from the Cyberpunk universe, simply by submitting the code under each tab of the Cyberpunk 2077-themed Rockstar Energy drink cans over on the event’s website.