Football
News
The likes of John Terry, Gheorghe Hagi and George Best all dropped out of the top flight
Kris Voakes
13:00, 07 Jun 2022

Imagine… just imagine, if Gareth Bale were to sign for Cardiff City ahead of the 2022-23 season. From Real Madrid to the Championship… in World Cup year!

The Wales superstar is being heavily tipped to sign with his hometown club after the end of his nine-year spell in the Spanish capital which saw him lift the Champions League five times. If he were to make the Cardiff City Stadium his permanent residence it would be one of the most stunning switches in recent times.

However, it would be far from the first time that a big star has been found playing in the second tier, and here are just a few examples of the phenomenon…

After leaving Manchester United and with his career in freefall, Best went around the houses, playing in South Africa, Ireland, the USA, Scotland and Australia. He also spent spells with Dunstable Town, Stockport County and – for one season – second-tier Fulham, where he had arguably his most successful run post-United, scoring eight goals in 37 games before heading back full time to the North American Soccer League. Among his teammates at Fulham were Rodney Marsh and Bobby Moore!

Just three years on from starring at the World Cup in Italy with Romania and being snapped up by Real Madrid, Hagi was a Serie B player with Brescia. His 1992 switch to the Lombardy outfit had preceded their relegation from the top flight, but he stuck around to lead them to promotion – and an Anglo-Italian Cup final win over Notts County – before again having a memorable World Cup at USA ’94 and earning a move to Barcelona. Real Madrid to Brescia to Barcelona… as you do!

James became England’s first-choice goalkeeper during the 2002-03 season after David Seaman’s final national game against Macedonia that October, but just three games later the West Ham keeper found himself in the second tier after the Hammers’ relegation on the final day of the campaign. He stuck around at Upton Park for the first half of their Championship assault before being snapped up by Manchester City the following January. 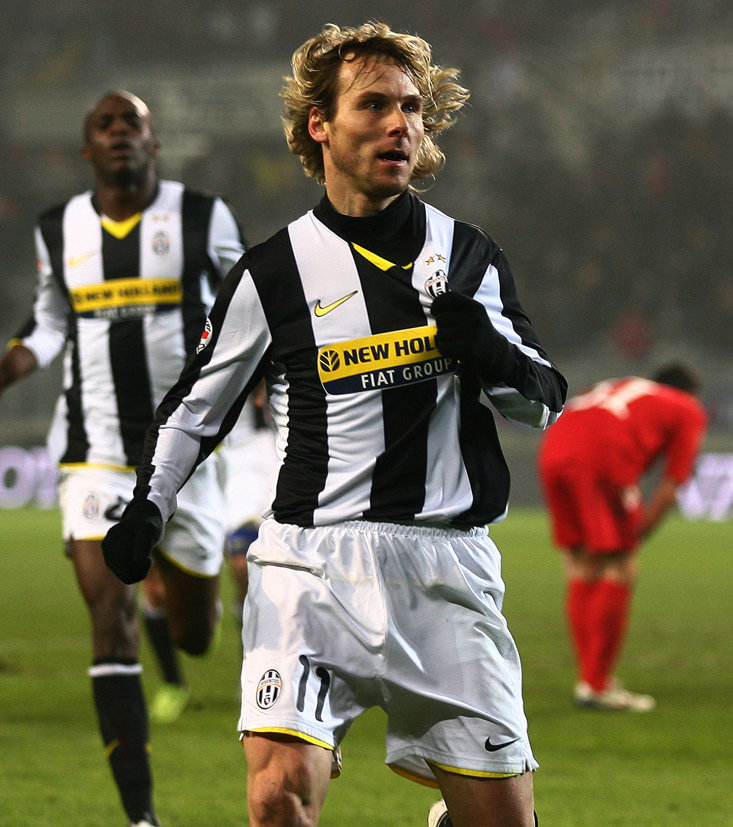 NEDVED'S EIGHT YEARS WITH JUVE INCLUDED ONE IN SERIE B

Buffon and Del Piero had just been key members of the Italy team that had won their fourth World Cup in Germany, and Mauro Camoranesi was another. Trezeguet was in the France side they had beaten on penalties in the final in Berlin. Yet by September they were all playing in Serie B together with Nedved, Gianluca Pessotto and a bunch of players who had no right playing in the second tier. This was one of the many consequences of the Calciopoli scandal of 2006, with a raft of Juventus players sticking with the club even after they were demoted.

Cardiff have been here before! After Fowler’s second spell as ‘God’ of Liverpool came to an end in the summer of 2007, the prolific front man signed a two-year deal to play at Ninian Park. He ended up staying there for one season, but after getting to visit Anfield one more time in the League Cup his season was decimated by a hip injury which saw him miss out on an appearance in the Bluebirds’ shock FA Cup final appearance against Portsmouth.

Captain. Leader. Lower-league legend. When the former England captain’s 22-year association with Chelsea came to an end in 2017, the centre-half claimed he couldn’t face up to the possibility of playing against the Blues and promptly signed for Championship side Aston Villa instead of taking up a Premier League offer. He fell short of taking Birmingham’s finest into the top flight though, with Villa losing to Fulham in the play-off final.

Former Manchester United and Borussia Dortmund star Kagawa was a 97-cap Japan international by the time he dropped down to second division football in 2019 with Real Zaragoza. After being forced out of the reckoning at BVB by Marco Reus, he was loaned to Besiktas and then scored only four goals in 33 Segunda Division games with the Blanquillos.

A record 253 goals in 559 games for Manchester United. A milestone 53 goals in 120 caps for England. And 30 games in the Championship for Derby County. Wayne Rooney curtailed his Major League Soccer experience in January 2020 to become player-coach with the Rams under Phillip Cocu, bringing his playing career to an end a year later when he was announced as the club’s manager in place of the departed Dutchman. Seeing him patrol second-tier midfields wearing the No.32 shirt was a surreal experience after his years at the top of the sport.