Football
News
For the Blaugrana, trophies and dominance can no longer be taken for granted
Harry De Cosemo
09:01, 09 Mar 2020

When Barcelona beat Manchester United to the signing of Ronaldinho in the summer of 2003, the modern era of Barcelona began. Joan Laporta, a 40-year-old Johan Cruyff fanatic, had been made president, and he wanted to take the club back to the philosophy the Dutchman brought to Camp Nou, first as a player and then as a manager. Thierry Henry and David Beckham were on his list of potential signings, too, but they hit the jackpot with the Brazilian; his unique blend of creativity, unpredictability and joy set the club on the road to its most successful era ever.

Under Frank Rijkaard, and with Ronaldinho at the forefront, the Blaugrana won two La Liga titles in 2005 and 2006, as well as the Champions League. Given how much the club were struggling when Laporta took over, their rise was incredible; it was all down to the fact he had given them their identity back, and built them up in the image he wanted to follow. Barcelona were on top of the world when they won a second European Cup in Paris, beating Arsenal 2-1, but what made them arguably the greatest club side of all time was their ability to be ruthless in the face of adversity. By 2008, they were in crisis; their discipline was all over the place, Real Madrid had taken hold domestically, and Ronaldinho was more concerned about sleeping in the gym than training to reach the standards he had previously set.

Laporta acted, and little did he know, he would be setting the club up for a period of greatly sustained success after his tenure. Pep Guardiola, a Cruyff disciple and the linchpin of his ‘Dream Team’ midfield in the early 1990s, replaced Rijkaard and trimmed the fat, so to speak. Ronaldinho, whose fitness was reflective of his dwindling motivation levels, and Deco were the biggest casualties, as Lionel Messi, Sergio Busquets, Xavi Hernandez and Andres Iniesta took centre stage. Led by Guardiola, himself an academy graduate with a great understanding of ‘Barcelona DNA’, the club began to get back on top; this time, they reached heights beyond even Laporta’s dreams.

The football was crisper and more pure, mainly because almost the entire squad came from La Masía, the youth system and played the same way throughout the age groups. Busquets, and Pedro Rodriguez, played under Guardiola in the B team during Rijkaard’s last year, before following him to join Victor Valdés, Carles Puyol and the returning Gerard Pique, as well as Xavi, Iniesta and Messi. In his first season, they won the treble; in Laporta’s final full year as president, they won the ‘sextuple’, all six available trophies. That is a feat that hasn’t been matched since.

After he left his post, the Guardiola era peaked. In 2011, they won a third Champions League title in six years, beating Manchester United in the final, as they had two seasons earlier, and a third successive league crown; but nothing lasts forever, and the manager left 12 months later. His legacy was a team capable of continuing their success, with the same spine winning La Liga again in 2013 and 2015, as part of another treble. 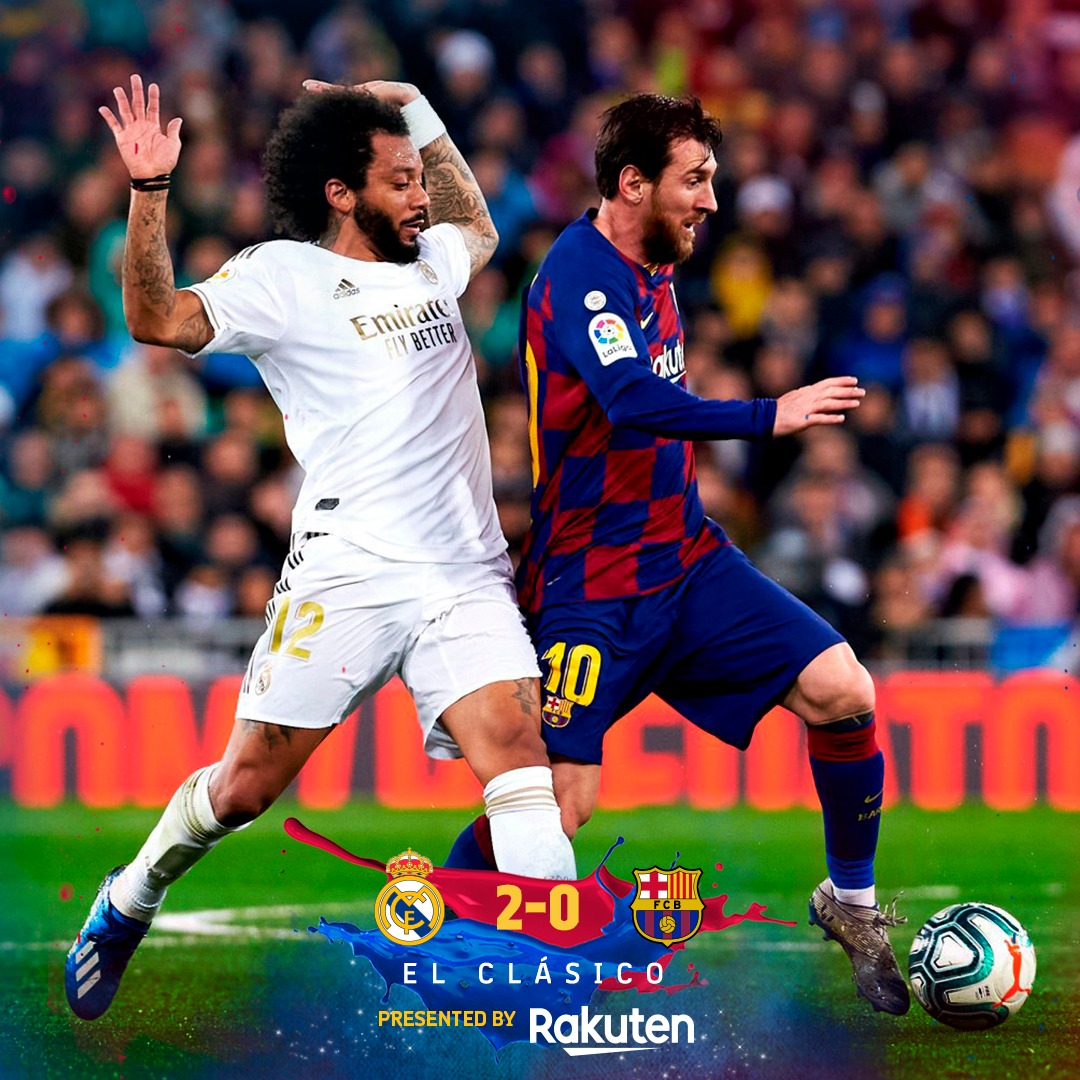 During their best years, under both Rijkaard and Guardiola, Barcelona combined their academy products, of which more came through each season, with smart investment in the transfer market. Imports like Samuel Eto’o, David Villa and, later than planned, Henry, helped push the club forward over both reigns. Meanwhile, Real, their bitterest rivals, were spending millions just to keep up.

Gradually, though, the glory has declined and there has been several shifts of power. Eight years on from Guardiola and 12 from Ronaldinho, Barcelona have seen their reputation diminish. Madrid have seen their own dynasty, in Europe, winning four from five Champions Leagues between 2014-18, end too; El Clásico last week, won by Los Blancos, was a sad indictment of how far both clubs have fallen.

But Barcelona have fallen further; their playing style is, principally, the same, but in practice it is much more functional. Xavi, Iniesta and Puyol are long gone; Busquets, and as scary as it may be to admit given his greatness, Messi are not what they used to be. La Masia’s conveyor belt has slowed; nobody seems ready and waiting to make the step up right now. For years, even under Luis Enrique, but particularly Tata Martino, Ernesto Valverde and Quique Setien, there has been a feeling that Messi is the only factor keeping the club running at the very highest level.

More money is being spent on players from elsewhere; they are becoming what they mocked Madrid for. Antoine Griezmann, Luis Suarez and Ousmane Dembele cost over £300million, and the ‘emergency’ signing of Martin Braithwaite, outside of the transfer window, has brought even more criticism.

Their slogan is ‘More Than A Club’, and they used to do things their own way. Until 2012, they never had a sponsor on their shirt, but sold themselves, and some would say their soul, when that changed. They are no longer unique, now carrying very few differences to other elite clubs. Purely from a footballing point of view, they’re not what they were; trophies and dominance can no longer be taken for granted. Messi is now 32, even he can’t go on forever; when life without him begins, they may need a new plan of action. Right now, they are floundering, as far away from their values as they can get.