Barcelona have shown their desire to win next season’s La Liga after capturing some of the Premier League’s best talent.

The signing of Manchester City duo Sergio Aguero and Eric Garcia show the Catalan club’s desire to get the club back on top with Ronald Koeman wanting to get some key business wrapped up early before Euro 2020. It is widely reported that fellow Premier League star Georginio Wijnaldum is set to join on a free transfer in the coming days, linking up with his former Netherlands boss.

These three signings are quality pieces of business considering there are zero transfer fees and they can help add to Barcelona’s push for next season’s league title. Agüero has had a fruitful decade in Manchester, scoring 260 goals in 390 games.

After heartbreakingly missing out on the Champions League in his final appearance, the 32-year-old will already have put that setback behind him and be focused on bringing success to his new club where he will be with a familiar face.

His Argentina teammate and close friend Lionel Messi will be overjoyed at his arrival and their bond can only mean good things on the field at Camp Nou and the fans will be able to see the duo’s chemistry light up the historic stadium. With Messi’s dancing feet and mesmerising skill, along with Aguero’s golden touch in front of goal, Barcelona could have a strong chance of winning their first La Liga title since 2019.

His decade in the North-West of England provided him with plenty of domestic success having won 5 Premier League titles. Aguero is one of this generation’s best strikers and he still has some years of his best to give at one of the world’s most prestigious clubs.

Aguero’s City teammate Garcia will also be joining him at Barcelona. The young Spanish defender will be returning to his boyhood club after departing their academy for City in 2017. It had been known for a while that he was unsettled in Manchester and wanted to return to Barcelona to push his career on. Garcia did not manage many appearances for City and this move is partly to be closer to home but to also cement a place playing regular first-team football. 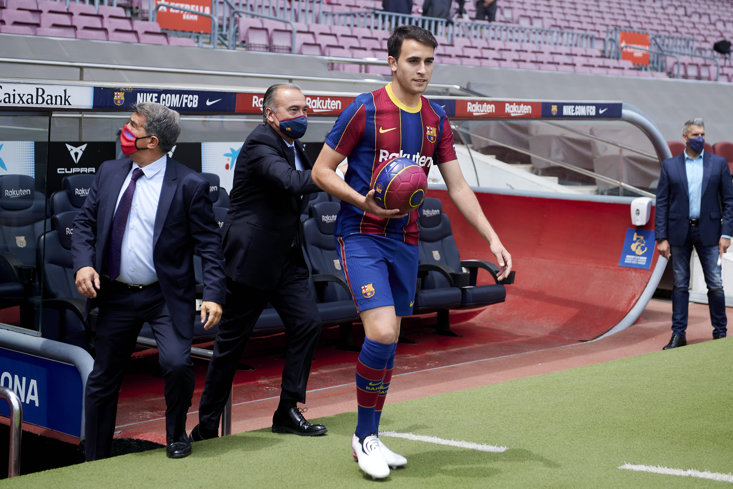 At 20 years of age, the centre-back is in that phase where minutes playing senior football are crucial to the next phase of their development. Hungry for this new challenge at a club already familiar to him, he will be determined to help his boyhood club.

Then there is energetic midfielder Wijnaldum. After a successful period on Merseyside, with a memorable substitution against his soon-to-be new club in the second-leg of the Champions League semi-final in 2019, Barcelona fans will be aware of the nuisance the Dutchman can be.

With his two-minute brace to spark Liverpool’s comeback in the tie, Koeman and the Barcelona supporters know how much of a game-changer he can be. With a Premier League title and Champions League to his name, he is exactly what Barcelona are crying out for in midfield.

The hard work rebuilding Barcelona has begun and there is sure to be plenty more business for the Spanish giants before the transfer window closes as they look to be crowned 2021/22 La Liga champions.