Football
News
Laporta has a big job on his hands at Camp Nou and keeping the Argentine may be the key to his success
Simon Lillicrap
17:27, 08 Mar 2021

There was perhaps only one man who could keep Lionel Messi at Barcelona. At the presidential election, Messi not only turned up to vote with his son, but did so with a beaming smile on his face. On his ballot he had voted for Joan Laporta, and as is the way at the Camp Nou, the majority of the voters, 54% in fact, agreed with him.

This moment feels monumental. Laporta just gets it. He typifies ‘Mes Que Un Club’, realises the importance of La Masia and has a great relationship with the Barcelona captain. It all stems from the fact he was the man who oversaw so much success for the club in his last reign, which ran from 2003 to 2010. While he oversaw two Champions League titles, it was in the formation of arguably the greatest club side of all time which truly cemented his legacy. 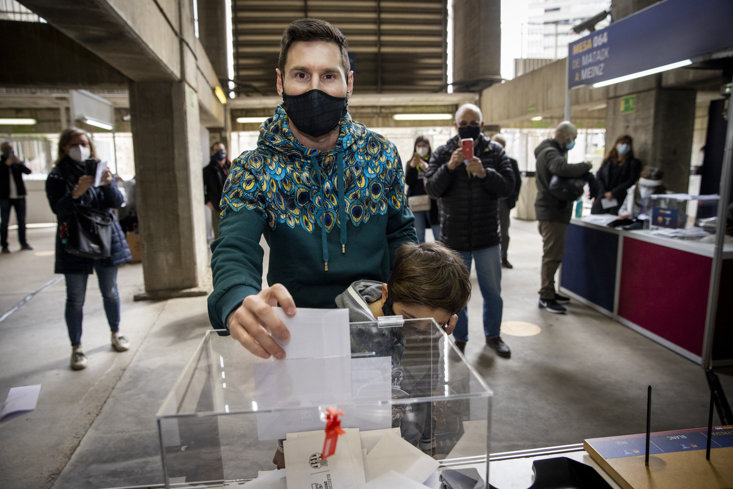 He is far from perfect, having failed to lure his big ticket promise of David Beckham before his initial appointment as president, he then ‘settled’ for Ronaldinho, but he does know exactly what needs to change at the club. Axel Emmink, who runs @barcacentre on Twitter, knows Laporta has a big job on his hands:

“First, just the fact that Barcelona finally has a leading figure again is a big change in itself,” he tells The Sportsman of the difference Laporta could make.

“Laporta will provide the club with structure, planning and the return of the image we all once fell in love with. What needs to be changed in a slightly longer term is to address the salaries and the team: promote more youth players and only make purchases that La Masia cannot deliver, for example a world class striker.

“How he can return Barcelona's success is a difficult question. The truth is that Barcelona is not the only player in the game, other teams have also developed a lot in recent years. But it looks promising, hopefully the youth will get more chances again because that is what made the club great.”

There are unlikely to be any Ronaldinho-esque signings this time given that Barcelona’s debts have spiralled in the past decade to a high of £1.2bn, and the club’s wage bill needs dramatically reducing. The Blaugrana completely lost their way under Josep Bartomeu, and Laporta came out and publicly criticised the now-disgraced former president on several occasions. 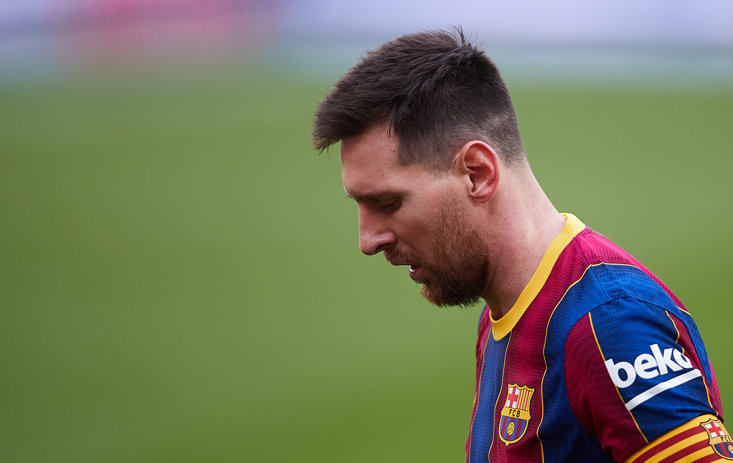 "It's been a while since this board started destroying Barcelona," he said in 2017. "The only thing they are doing is taking advantage of what we left and dedicating themselves to their own business, doing their own thing. It's dangerous to leave Barcelona in the hands of this board."

He was right. The humiliations on the Champions League stage have been not only damaging but repetitive. Roma, Liverpool, Bayern Munich and PSG have all embarrassed the former champions as the dynasty they once built up crumbled around them. Messi’s bond with the club, which once looked indestructible, had reached breaking point and he wanted out. Could the return of Laporta make him stay?

“It does not necessarily mean that Messi will stay, although the chance has of course become much greater,” Axel says. “It's no secret that Messi and Laporta had a great relationship, and the fact that Messi himself went to vote yesterday is very telling.

“As Laporta said, this is the biggest challenge of his life. The club is in a very difficult financial situation and I think patience is key here. We shouldn't expect to win everything immediately, but it's rather a gradual process that will take time.”

Messi is now 33 and the best years of his career are seemingly behind him, but as he is able to leave for free this summer and other clubs will be able to pay wages which Barcelona can no longer afford, this will be the ultimate test of his love for the club. He told Goal last summer: “I wanted to go because I thought about living my last years of football happily. Lately, I have not found happiness within the club.”

For Laporta, a chance to rebuild the club using the fundamentals that have been lost over the past decade is a huge ask, but keeping Messi may be the symbolic key to his success. European glory may be some way off, and another Champions League comeback against PSG is almost impossible, but that didn't stop Laporta ending his acceptance speech with his very own war cry. "Now let's go to Paris and see if we can make another 'remontada' [comeback] happen!”

Laporta believes. Now he just needs Messi to believe with him, and together they could bring happiness to the Camp Nou once again.