On a dramatic night in the north-east ten man Newcastle United drew 1-1 with relegation rivals Norwich City in a result that will not please either set of fans. Ciaran Clark’s early red card changed the complexity of this match, but when Callum Wilson converted a second half penalty, a vital three points looked on the cards for the home side.

Those three points would have taken Newcastle off the bottom of the table, but Teemu Pukki produced a wonderful volley to level the scores and keep Norwich unbeaten since Dean Smith joined the club. The home side are still looking for their first win of the season after 14 matches and Eddie Howe will have been left frustrated by Clark’s pull-back on Pukki in the tenth minute, which put his side on the back foot.

Norwich were under pressure as the vocal St James Park crowd looked to get their new manager off to a flying start, but that early promise soon turned to despair as Clark was sent off. Pukki beat him for pace and then inexplicably, just ten minutes into this relegation clash, the defender pulled him back when he was the last man.

Ryan Fraser was sacrificed as Howe reshuffled his pack and although Norwich went on the front foot in terms of possession, their chance creation was limited for the entirety of the first half. Comfortable may be pushing it for the home side, but Martin Dubravka will have been pleased with how little he had to do in the first half.

Smith made a change at half-time but it wasn’t a one that got his side back on top and on the hour mark, Newcastle were awarded a penalty. Billy Gilmour’s hand was raised above his head from a corner and the ball struck it from Federico Fernandez’s header.

It was a poor mistake from the Chelsea loanee and captain for the day Callum Wilson just about found the back of the net. Former Magpie and penalty expert Tim Krul got a strong hand to his penalty but it went in off the underside of the bar, and the crowd, that had been behind the Toon for the entire night, went berserk.

Norwich City FC
@NorwichCityFC
It ends all square. We came close to winning it in the closing stages but have to settle for a point. On to Tottenham away!
#NCFC | ⚫️⚪️ #NEWNOR 🟡🟢 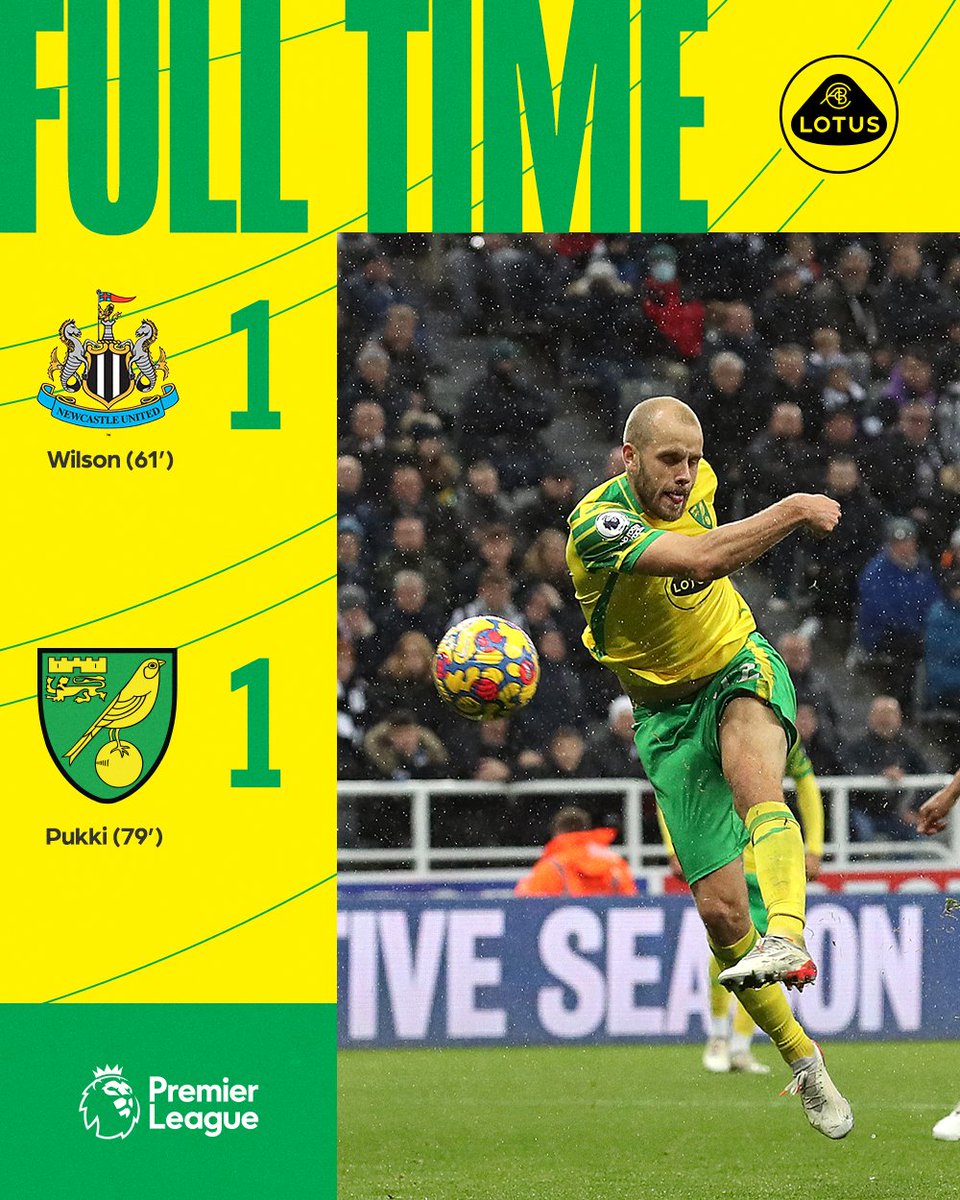 It was the worst possible start to the second half for a Norwich side that had three points in their sights, but in becoming more adventurous, went behind in a game they simply could not afford to lose. This game was simple gargantuan for the Canaries, and when the hosts went down to ten, the chance to put some distance in between themselves and Newcastle emerged.

Instead, what the Magpies gave was a battling and gritty performance. What started as a disastrous night for Howe and his staff briefly showed the promise of a first win of a season, but it didn’t last. When Norwich finally created a chance, their main man was on the end of it to convert.

Left-back Dimitris Giannoulis found some space in the box and crossed for Teemu Pukki, who hit the most sumptuous of left-footed volleys into the top corner. It was a goal of utmost importance to the visitors and one that not only keeps their unbeaten run going, but makes sure they stay above tonight’s opponents. It could have been so much better for the Canaries though.

Having been inspired by the Pukki goal, they kept on pushing and Pierre Lees-Melou had the chance to win the game in the 92nd minute as he went through on goal, but Dubravka stopped him with his foot when the game was on the line.

This was a game that neither side could afford to lose, but a draw doesn’t do any favours to either side. There is a long way to go, and both of these teams under new management have what it takes to stay in this division, but both sides will feel the three points fell through their fingers today.