Every year following the publication of the BBC’s “Price of Football” survey, unfavourable comparisons are drawn with the Bundesliga – and 2017 is no different.

Germany is often held up as the utopian land of cheap tickets, safe standing and beer on the terraces – a throw-back to the good old days before corporate greed turned the peoples’ game into a social event for the middle classes.

Most British football fans are familiar with the stereotypes and an increasing number are taking advantage of cheap flights to Germany to experience it for themselves. In 2014, Borussia Dortmund’s head of marketing Carsten Cramer estimated that 1,000 British fans attend each BVB home game, a figure which will only have increased since.

Travelling around Germany, this writer bumps into British fans at grounds all over the country, from Cologne to Hamburg, Düsseldorf to Stuttgart. They’re not attracted by the level of football which, as a spectacle, can often fall short of that offered by mega-rich Premier League super clubs. They’re there for something less quantifiable – raucous atmospheres and the feeling that they are welcome and appreciated and not just customers being told to empty their wallets.

Most of the stereotypes really aren’t that far wide of the mark. Top level football is cheaper and, yes, travel to and from the ground on local transport is included in your ticket. But there are caveats too, particularly that the cheapest prices generally apply to standing tickets. Seats at top Bundesliga matches aren’t much cheaper than their Premier League equivalents.

The Sportsman has crunched the numbers to give you a more realistic idea of what to expect if you head to the Bundesliga utopia.

BBC Sport
@BBCSport
Is the #PriceofFootball putting young adults off going to games?
That's what our 2017 study suggests.
Find out more ➡ 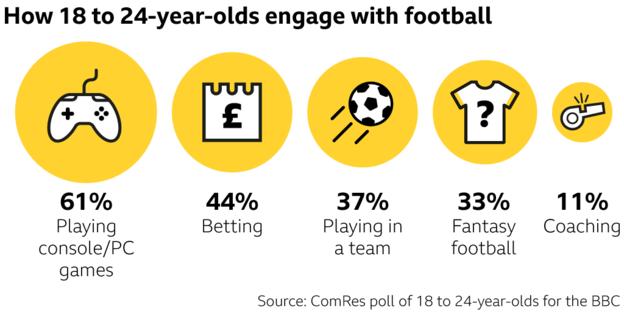 Yes, a standing season ticket on the Südkurve at Bayern Munich works out at just €8.20 a game, but the same ticket will cost you €15 for a one-off visit. Not that you’ll get anywhere near one though without contacts inside the club’s hardcore. Instead, most visitors to the Allianz Arena can expect to pay a minimum of €35 for the cheapest seats up in the Gods.

The same is true of Borussia Dortmund. The hardcore ultras organising their huge choreographies at the bottom of the famous Yellow Wall pay €211.50 a year for their season tickets which works out at €12.40 per game – the second most expensive standing tickets in the Bundesliga behind Hamburg. But tourists at the Westfalenstadion are more likely to pay between €30 and €50 to sit at the top of the north stand.

Places in the standing sections are limited at every Bundesliga ground as clubs look after their hardcore fanbases but you’ll have a slightly better chance of a cheap ticket further down the league, where clubs such as Hamburg, Cologne and Borussia Mönchengladbach are also popular destinations for UK footy tourists.

The cheapest tickets in the Bundesliga are to be found in Wolfsburg where a season ticket in the standing section costs just €130 – that’s €7.60 per game. Even the most expensive non-VIP seat will only set you back €400 per season, or €23.50 per game. Unfortunately, though, you’ll need to go to Wolfsburg …

Many British fans who come over to Germany like to make a weekend of it and try to squeeze a lower-league game in as well. Bundesliga 2 contains a number of big clubs with huge fanbases and large, modern stadia – albeit often too big to regularly sell out. Standing tickets are frequently available online or even on the day at places like Düsseldorf (€13), Bochum (€13), Kaiserslautern (€14) and Nuremberg (€14).

The most well-known second-tier options are also the most in demand – namely those bastions of punk football, FC St Pauli and FC Union Berlin. While standing tickets at Hamburg’s second club can be harder to come by given the limited capacity of the Millerntor-Stadion (29,500, including 16,940 standing tickets), that’s less of a problem at FC Union in the south-eastern Berlin suburb of Köpenick.

At the Stadion an der Alten Försterei, 83.5 per cent of capacity is given over to standing on a terrace which stretches around three-quarters of the ground, with prices ranging from €11-€13. When expansion work is complete in 2020, there will be room for 28,692 standing fans - even more than Borussia Dortmund’s Yellow Wall.

The availability of cheap tickets on unreserved standing terraces inevitably attracts a much younger crowd to those areas. This in turn fosters a greater sense of community and gives rise to the dynamic fan culture prevalent in German football. But as preferable as that may sound to many British fans, it’s far from perfect.

Hardcore German supporters throughout the league pyramid have spent much of this season protesting against the increasing commercialization of their game including: unsociable kick-off times, ticket price increases, Red Bull Leipzig, a Chinese Olympic XI playing in the fourth tier, half-time shows, general “eventisation” … the list goes on.

So yes, German football is cheaper and the Premier League could learn a lot. But there’s no such thing as utopia.

x
Suggested Searches:
Manchester United
Liverpool
Manchester City
Marcus Rashford
Premier League
More
football
Chelsea Gain Revenge Over Leicester To Give Champions League...
In the battle between third and fourth and last weekend’s FA Cup finalists, it was sweet revenge [ ... ]
football
My First Night Back: What It Was Like Returning To Old Trafford
Football fans lucky enough to grab tickets from their beloved club returned to their rightful homes [ ... ]
football
Man United “Stumbling” Into Europa League Final After Failing...
Old Trafford welcomed 10,000 fans back to the Theatre of Dreams after a whopping 436 day wait but [ ... ]
football
Benzema Gets His Euros Squad Place Miracle For France After...
Karim Benzema has been handed his Euro 2020 miracle after an astonishing U-turn and climbdown from France [ ... ]
football
From Halmstad To England, Roy Hodgson Broke New Ground And Has...
Just two more games. Perhaps it is fitting that tomorrow night, as Roy Hodgson wanders up the Selhurst [ ... ]
football
Trophy Hunter Or The New Alan Shearer? Harry Kane's Legacy Might...
Wembley on Saturday afternoon. Emotion and unadulterated joy overflowed on the pitch as Leicester City [ ... ]
football
Euro 2020: Pickford Or Henderson? England Still Searching For...
England’s run to the World Cup semi-finals in 2018 was all about the moments. Harry Kane’s [ ... ]
football
The Casey Stoney Era At Manchester United Ends In Shock FA Cup...
Casey Stoney’s time at the helm of Manchester United Women came to an unceremonious end this weekend [ ... ]
football
From Goal Fests To Last-Gasp Winners, These Are Five Of The...
The play-offs kick off this week, beginning with Bournemouth vs Brentford and Barnsley vs Swansea City [ ... ]
football
European Football Round-Up: Atletico Win Late To Stay Top Ahead...
The race for the title in La Liga will be decided on the final day, while Juventus go into their last [ ... ]
football
Chelsea's Champions League Dream Ends In Heartbreak As Barcelona...
35 seconds. That’s all it took for Chelsea’s Champions League dream to unravel. Just 35 [ ... ]
football
Alisson Becomes First Ever Liverpool Keeper To Score To Keep...
Allison Becker made Premier League history as he scored a stunning header with virtually the last [ ... ]
football
Home Comforts Provide Points For Tottenham But Mason Must Improve...
Tottenham have made it three wins from three at home under interim boss Ryan Mason after their comfortable [ ... ]
football
Ross County Secure SPL Survival And Force Kilmarnock Into Relegation...
Ross County are guaranteed to play in the Scottish Premiership next season after they came from behind [ ... ]
football
Whatever Happens Against Barca, Emma Hayes’ Chelsea Have Come...
Emma Hayes’ history-making Chelsea Women will go head-to-head with Barcelona Femení in [ ... ]
football
Leicester City Dig Deep To Edge Chelsea At Wembley And Lift...
A wonder strike from Youri Tielemans was all that separated Leicester City and Chelsea as Brendan Rodgers' [ ... ]
football
Record-Breaking Rangers Sweep Aside Aberdeen To Complete ‘Invincible’...
An invincible Rangers cruised to an undefeated season after beating Aberdeen 4-0 at Ibrox in the final [ ... ]
football
Atletico, Real Madrid Or Barcelona? La Liga Title Race Going...
Manchester City have been crowned Premier League champions, Bayern are dominant in Germany and Inter [ ... ]
football
Leicester Are Better Now Than In 2016, And An FA Cup Is The...
As Brendan Rodgers leads his Leicester City side out for the FA Cup final against Chelsea on Saturday [ ... ]
football
Man Utd Protests Are Finally Putting The Glazers And Their Allies...
There were two more arrests but thankfully a game of football finally took place, albeit 11 days behind [ ... ]
football
Ukraine's Golden Boy Andriy Shevchenko Can Make History At Euro...
Andriy Shevchenko. For fans of a certain age just the mention of his name will bring back floods of [ ... ]
football
Jurgen Klopp’s First Win At Old Trafford Helps Liverpool Keep...
It was a busy night both on and off the pitch as Liverpool beat Manchester United 4-2 in a cracker at [ ... ]
football
Grealish Returns After Three Months Out As Everton See European...
Everton’s European hopes took a blow after a drab goalless draw with Aston Villa at Villa Park [ ... ]
football
Casey Stoney's Exit Leaves Manchester United Without Their Beating...
“When I first took the job on it was daunting because you have to build this whole project,” Casey [ ... ]
football
Van Dijk's Euro 2020 Withdrawal Is The Biggest Boost Liverpool...
As Liverpool prepare to face historic rivals Manchester United in an attempt to keep their top four [ ... ]
football
How 'Free Sexual Intercourse' Inspired Austria To Euro 2020
Austria aren’t used to featuring at major tournaments. Euro 2020 will be only their third appearance [ ... ]
football
Stubborn Arsenal And Electric Smith Rowe Beat Chelsea To Open...
Arsenal secured their most impressive win of the season as they took advantage of a defensive howler [ ... ]
football
Man City vs Chelsea: Champions League Final Moved To Porto As...
The Champions League final, scheduled to take place on May 29, will now no longer take place in Istanbul, [ ... ]
football
After 25 Straight Years, Arsenal And Europe Are Better Off Without...
Bruce Rioch was managing a squad featuring the likes of Glenn Helder, John Hartson and Chris Kiwomya [ ... ]
football
Euro 2020: North Macedonia's Debut Is A Fitting Finale For Goran...
For much of the last 20 years, Goran Pandev has been one of the great unsung heroes of European football. [ ... ]