If other, bigger Premier League clubs with vastly superior spending power want to come raiding you for your best players, as well as almost every member of staff involved in arguably the best recruitment model seen in recent times in the top flight in England, there is a compliment in there somewhere. But tell that to exasperated fans of Brighton and Hove Albion, who want nothing further to unsettle or undermine the club’s best chance of claiming a European place in the Seagulls’ 122-year history.

Working to the master-plan of ardent fan owner-chairman Tony Bloom and highly effective CEO Paul Barber, Brighton have gradually established themselves as a genuine force to be reckoned with both on and off the pitch. On it, after reaching the Premier League and just about hanging in there under Chris Hughton, they are producing a brand of fluid, intelligent, exciting and attacking football honed by Graham Potter and now continued by his replacement Roberto De Zerbi.

And off it Bloom and Barber have proved among the toughest negotiators when it comes to getting top dollar for those flying the Seagulls’ nest. £50million for Ben White to Arsenal and £62m for Marc Cucurella to Chelsea were fees that raised eyebrows. Then of course Potter was lured away to Stamford Bridge along with five backroom staff – that soon became six in total when Head of Recruitment Paul Winstanley followed them.

Dan Burn and Technical Director Dan Ashworth had already gone to Saudi-backed Newcastle, and Yves Bissouma to Spurs for a fee of at least £25m. 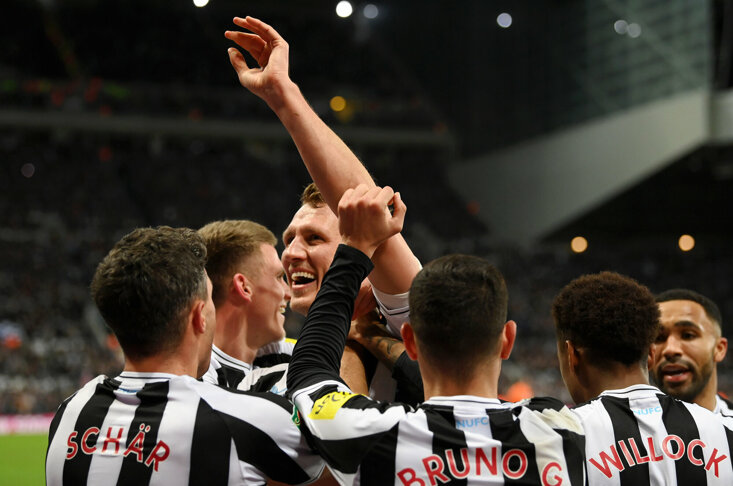 Leandro Trossard, a key player in Brighton’s rise, returned from the World Cup, in De Zerbi’s view and that of many supporters, with a poor attitude and together with his agent wanting away. With just six months left on his contract albeit with Brighton having the option of another year, he went in January to league leaders Arsenal for £27m.

This looked a clear example of shipping out an unhappy and potentially disruptive player at the earliest opportunity for the most money possible. And even there De Zerbi, who had been playing Trossard in a ‘false nine’ position, was able to bring in 18-year-old Irish striker Evan Ferguson, picked up at 16 from Bohemians, who at the time of writing has three Premier League goals from just two starts and a handful of sub appearances.

But it is what happens next that is going to prove the key to Brighton’s continued development. The conveyor belt of talent scouted, recruited and successfully introduced into the first team means the squad is still strong, despite the departures from the front and back of house. But the vultures continue to circle.

The feelings towards Chelsea were made clear at The Amex in late October, when in a venomous atmosphere Potter and Cucurella were left truly shaken - even Brighton’s ex goalkeeping coach Ben Roberts got booed - and the predators were sent packing with their tails between their legs on the wrong end of a 4-1 humbling.

So reports that the Blues have had bids for over £50m rejected for the talented young Ecuador midfielder Moises Caicedo, and Argentina World Cup winner Alexis Mac Allister have gone down like the proverbial lead balloon on the south coast. You can almost hear the cry: ‘Just leave us alone!’ The Times newspaper claimed that Caicedo - also tracked by Liverpool and Manchester United - would not be allowed to leave for less than £100m. 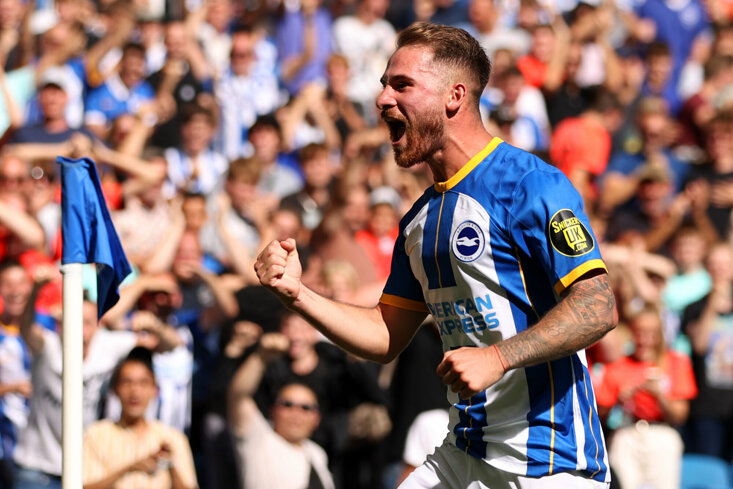 With those players, along with another new sensation in Japan’s Kaoru Mitoma and the impressive team they had already assembled, Brighton might have a real chance of Europe, an achievement the magnitude of which would be impossible to overstate when you look at who might not make it this season. Not forgetting of course that this is a club that finished second-bottom of League Two 25 years ago.

If Caicedo – signed for a snip at £4.5 from Independiente del Valle in February 2021 after Manchester United dithered - and Mac Allister were sold, Brighton could pocket upwards of £150m. But their chance of a historic first European place would be hugely diminished. It seems more likely the earliest Caicedo might conceivably be allowed to leave would be in the summer, when his transfer value would not fall – and would if anything increase.

Somewhere in the back of Brighton fans’ minds may be the sheer number of players Southampton sold starting 15 years ago with Gareth Bale to Spurs, and going on to include just to Liverpool Virgil Van Dijk, Sadio Mane, now Brighton playmaker Adam Lallana, Dejan Lovren, Nathaniel Clyne and Rickie Lambert – and to elsewhere Luke Shaw, Morgan Scheiderlin, Alex Oxlade-Chamberlain and Pierre-Emile Hojbjerg. There is no doubt that model has sustained the Saints – but think of the team they could have had in there.

So there will be some crossed fingers and anxious faces for the last week of this January transfer window, and if Brighton - who take on a Liverpool side seeking revenge for the recent 3-0 league defeat in the FA Cup on Sunday - escape with just the loss of Trossard it will be celebrated like a host of new signings.