Football
News
We examine the psychological effect on footballers of playing in an empty stadium
Simon Lillicrap
12:30, 11 Mar 2020

The Coronavirus is spreading across Europe and disrupting sport like nothing we have witnessed in recent times. Italy's Serie A has been suspended, French and Spanish top-flight games are being played behind closed doors, and European matches involving Manchester United, Glasgow Rangers, Chelsea and Wolves will also have no fans present in Austria, Germany and Greece.

For the first time a Premier League game as been cancelled over concerns around the virus. Manchester City's clash with Arsenal on Wednesday has been postponed as a "precautionary measure" and several Gunners players are in self-isolation after Olympiakos owner Evangelos Marinakis contracted coronavirus.

Several Champions League games will be behind closed doors, including the clash between Pairs St Germain and Barcelona. These are unprecedented times for sport. Playing in a stadium with no fans in attendance is certainly a rare occurrence for any top-level footballer. England have only played one international behind closed doors, which was against Croatia in October 2018, while only West Ham (1980), Aston Villa (1982) and Manchester City (2014) have done so in European competition.

But what impact can playing behind closed doors have on players and their performance? Martin Perry, is a consultant at Elite Performance Lifestyle, and an expert on the effects fans can have on teams. He believes top players will be well prepared for playing under these unique set of circumstances.

“It was quite interesting watching the Juventus v Inter Milan game, what I thought was the most interesting was Cristiano Ronaldo who got off the bus and was high-fiving invisible fans and was applauding invisible fans at the end of the game,” he told The Sportsman. “People were laughing at that a little bit on social media but I actually thought in his world that those fans were not invisible, that he had mentally prepared and that was already part of his routine.

“Every week he turns up at the Juventus stadium and high fives fans waiting to come into the stadium. He did that as part of his routine - that wasn’t a joke to me. A top player they are already preparing as if there are people in the stadium. At the same time as a top player, you have to prepare as if there is nobody in the stadium. You prepare for both scenarios. For one game or a few games, it is not actually going to affect you that much.”

Juventus won that game 2-0 with Aaron Ramsey scoring the second goal in a crucial game in the Serie A title race. For Martin, there was no difference in the celebrations of the players due to the magnitude of the game.

“It was such a big game there was no dropping in the focus, the goals still had the same amount of meaning as if they were playing in front of a crowd. The players create their own motivation. They create their own goals and meaning for the game, It is Inter Milan at home. Within the group you see you create your own dynamics and reasons to win. If it was a mid-table game it would have a different feeling,” added Perry. 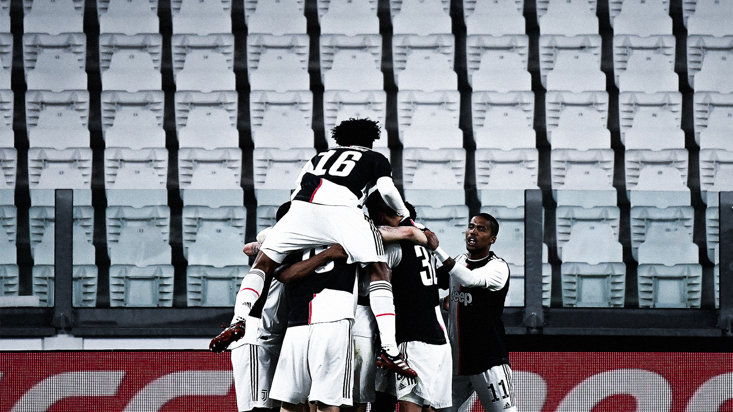 For a home team, it could become even more important for them to stick the traditions and routines of a typical home game, even if the fans are not in attendance. For many, the fact there is no fans may play little to no part over the first couple of games.

“What happens if you play at home every fortnight or for a long period of time you get your subconscious mind gets used to certain things in the stadium and particularly atmosphere and noise, sounds, people, those images and sounds don’t subside after one game,” explains Perry. “You can actually play in an empty stadium and still hear the echos, of the stadium over the years, you can carry those vibrations with you. Over ten games it might be different cos then you are getting used to reality so for a couple of games you wouldn’t feel that different as you are so used to playing you have lots of connections from playing in that stadium with people. I do think a home team has an advantage.”

One former player who has experienced playing behind closed doors is West Ham’s Trevor Brooking, who played at an empty Upton Park in the second leg of the Cup Winners’ Cup. He just how strange it was.

"It was very odd from the moment we ran out to warm up," he told the BBC. "But that night was very eerie. You could hear the radio commentary drifting across the pitch, and what the coaches were saying to themselves in the dugouts.

"In fact, that was the only game in my whole career that I could hear everything that was said from the bench.”

However, Martin Perry believes that at the top level nowadays players will be prepared to deal with these circumstances. “If you prepared properly you have factored that in,” he said.

“If you are a good player you are going to go through all of that beforehand. So you are processing non-critical information. Everything you are saying it is non-critical. You get used to filtering that out, during experiences. That works pretty automatically when you are playing under pressure, I don’t need that. Those systems are generally so well-developed that they are automatic.”

For managers, it will also be an interesting set of circumstances. For so often, noise from the benches can be drowned out by fans and ignored by players but with an empty stadium and an atmosphere akin to a training session, players can hear every word.

“As the manager, you are trying to create a bit of extra energy that the fans would normally bring if your team needs it. As a management team you are likely to be a bit more encouraging, but a well-run team probably doesn’t need it. A top team like Juventus you become self-managing because of all the top players that have high standards. Your team manages itself and it has a communication structure that keeps everyone sharp and on it. A manager really what they are doing is just filling in any gaps.”

It may take some getting used to, but the quicker teams can adapt to playing behind closed doors, the better. Given what we have heard from our expert, this strange set of circumstances is unlikely to affect the top teams.