Horse Racing
News
Aidan O'Brian is likely to provide short-priced favourites for both races across the Atlantic on Saturday
Paul Quigley
10:02, 10 Jul 2021

With nearly $2,000,000 in prize money on offer, the Belmont Derby and Oaks on Saturday have attracted quality and international line ups.

Aidan O’Brien is likely to provide short-priced favourites for both. He has success in both races with Deauville (2016) and Athena (2018). What is interesting is that Ryan Moore is crossing the Atlantic to ride both Bolshoi Ballet and Santa Barbara for the master trainer. Although he is a regular at the Breeders’ Cup, Moore doesn’t always fly over to ride in these US Grade 1s besides that.

Either he’s got a voucher at Macy’s he needs to spend or both his mounts are live with a capital ‘L’.

Santa Barbara (5) won on her career debut at the Curragh last September. She’s only had a trio of starts, all in Group 1 company, since she returned as a three year old. You can ignore her misfire in the Oaks at Epsom that was run in soft, and watered ground.

Her other two runs were standout in the context of this race. She was beaten by just over a length by stablemate Mother Earth in the 1,000 Guineas at Newmarket. Over this distance for the Pretty Polly Stakes at the Curragh last month, she lost by a neck to Thundering Nights. She was clear of the third. The winner looked a tad unlucky not to beat a talented mare in a Grade 2 at Belmont prior to that. 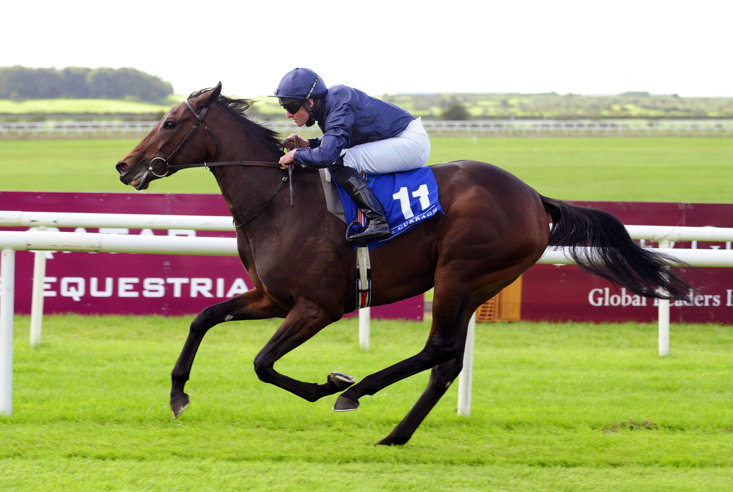 Santa Barbara is likely to be odds on. Over the tight inner turf track at Belmont when luck in running comes into it, that may be a tad short for many of you. There are alternatives for those who want more ‘bang to their buck’.

Plum Ali (7) is one such possibility. She almost ran down the speedy Con Lima (1) in a local Grade 3 at the start of last month. That was over nine furlongs and she ran as if a mile and a quarter will see her in an even better light. The filly that beat her last time has upside too. She’s no superstar but may end up loose on the lead and that makes her very dangerous.

Santa Barbara is not the only Trans-Atlantic raider. Roger Varian’s Nazuna (6) made an encouraging start to her three year old career. She ran second in a Group 3 at Epsom on Derby Day. French invader Cirona (2) has even better form. She missed by a head in a Group 1 at Longchamp in May. A month later, she was far from disgraced in the Group 1 French Oaks. If the rain that has fallen this week has got into the ground, she is an even more of a live longshot.

Gam's Mission (8) has gone from maiden winner to Grade 3 winner in two months, rattling up a hat-trick in the process. In her latest start at Churchill Downs in May, she out finished Spanish Loveaffair (4). She could take another step forward now, stepping up to a mile and a quarter.

Trainer Chad Brown usually has contenders in both feature races at this meet. His sole representative in either race is outsider Higher Truth (3). She is an improving filly. The mount of Jose Ortiz won a conditions event over Saturday’s course and distance last month.

Similar to Santa Barbara, Bolshoi Ballet (2) had a run to forget at Epsom. He went off a short-priced  favourite for The Group 1 Cazoo Derby on the back of two decisive prep victories at Leopardstown.

He was particularly impressive in the Group 3 Derrinstown Stud Derby Trial in May. Under Ryan Moore, he drew away powerfully in the straight to win by six lengths. The form of that race has been mixed although he did have a subsequent Irish 2,000 Guineas winner behind him. 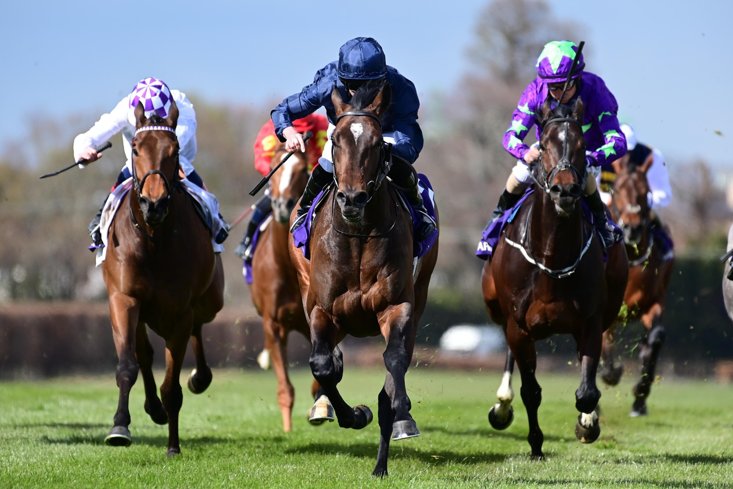 When ‘the lads’ at Coolmore assessed their Epsom Derby possibilities, they went all in on Bolshoi Ballet and he ran solo. He was struck into during the race so is entitled to be forgiven for that bad loss.

His presence here is an interesting one. In the past, Aidan O’Brien has not sent his A-list three-year-olds for this race. Is he here because he’s dropped so far down the pecking order with the likes of St. Mark’s Basilica, Coolmore’s main hope for the big Group 1s in Europe, or is the aim to get a confidence-boosting victory, a Grade 1 and the lion’s share of $1,000,000? I am leaning towards the latter. In Aidan I trust.

The home team have a couple of big players in here. Hard Love (6) is likely to be second favourite. He has won three of his four starts, including a stake at Aqueduct on his three year old debut in April. His intended stakes prep for this race was rained off the turf, so he ran in a conditions race here instead. He won only by a head but he beat a good yardstick in the process. His trainer Jonathan Thomas is confident he’ll improve for that run and stepping up in distance. He won this race in 2018 with Catholic Boy and he’s putting Hard Love in the same bracket.

Bill Mott has not won this race in its new format but did win its predecessor, the Jamaica Handicap, three times. The Hall of Fame trainer runs Du Jour (5) here. He inherited him off Bob Baffert but keeps jockey Flavien Prat who is a perfect three from three on the colt. He won a Grade 2 at Churchill on Kentucky Derby weekend. His last was made easier as Mott’s favourite Annex ran poorly that day. He’s progressive and, like Hard Love, has the tactical speed to get a good position early on. Ryan Moore can’t afford to give either run too much rope if the early fractions are sedate.

Cellist (8) narrowly beat Palazzi (1) to take a Grade 3 at Churchill in late May. The pair look a ‘cut below’ although the winner is improving. He adds depth to this contest. So does Tokyo Gold (7). He was too good for a Group 2 field in Italy last time. Previously, he’d come up short in graded stakes company in France. His last run was a career best and gives him each way claims here.

The possible spanner in the works in this race is Todd Pletcher’s Sainthood (4). He has stakes form on dirt and Polytrack but this will be his first run on grass. There is plenty of turf blood on both sides of his pedigree. He could easily improve for the surface switch.