Former UFC fighter Ben Askren has said he ‘let the world down’ after losing Saturday’s boxing bout against YouTube star Jake Paul in the first round.

The 36-year-old was the favourite to win with his fighting experience but was knocked down by a right hand, forcing the referee to call time on the fight after just one minute and 59 seconds.

“I got knocked out by Jake Paul – it's f***ing embarrassing,” he said after apologising on Twitter.

Speaking to reporters after the fight, he said, “I didn't let the MMA community down, I let the world down. People f***ing hate Jake Paul, and they wanted me to make him miserable.” 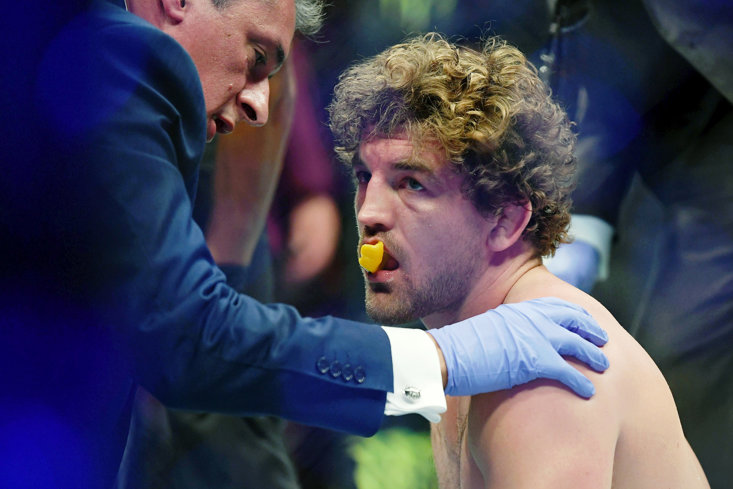 Paul, meanwhile, who claimed his third victory since turning pro having previously beaten fellow YouTuber Ali Eson Gib and ex-NBA player Nate Robinson, proclaimed, "It's been four months. I've been in training camp every day. This is the craziest moment of my life.

"I told y'all I was going to do it in the first round. I told y'all I'm a real fighter. I don't know how many times I've got to prove myself this is for real."

Askren reportedly pocketed $500,000 for the fight, according to TalkSport and was accused of 'laughing to the bank' by UFC icon Daniel Cormier. The beaten fighter insists he will not compete again and will now use the money to focus on a career in coaching.

While Paul once again called out Conor McGregor, his next bout could come against UFC’s Dillon Danis who vowed to ‘save MMA’ and claimed on social media, “It's on 100% send me the contract let's do this i'm (sic) gonna put this c*** out cold.”

Justin Bieber and Snoop Dogg were both in attendance on Saturday night and it seems another spectacle is on its way after Jake Paul continued his unbeaten run, having claimed victory by stoppage in all three of his fights so far.