Cricket
News
The all-rounder will be away from the sport for an indefinite period
Kris Voakes
14:35, 31 Jul 2021

It is a truly wonderful thing that Ben Stokes will not be in England’s Test squad to face India this summer.

Of course, the nation’s cricket fans would want the charismatic all-rounder to be playing if possible, and everyone hopes that he feels fit and well enough to return to the sport soon. But how often in the past would a player have just hidden away his feelings and tried to get on with the job, or told someone he was struggling and the response being simply to “man up” or something similar?

The fact that Stokes has spoken of his mental health struggles and been allowed the time off to come to terms with them under his own steam is something to be celebrated.

It has been a hell of a couple of years for England’s 2019 Cricket World Cup hero. After the highs of that July evening at Lord’s and the Headingley Test match which followed six weeks later, Stokes has had to deal with all sorts of personal turmoil.

In December that year he rushed to be by his father’s side after Ged, a former rugby league professional, was diagnosed with brain cancer. Various spells of lockdown and quarantine also compromised Ben’s participation in international cricket as he took time off to be with his New Zealand-based dad.

After captaining England’s Test side for the first time against West Indies last July he was later given indefinite leave from the national team to spend more time with family. Even when he was with England he had to be a part of the bubble setup which had been a condition of the return of international cricket, forcing players to isolate in hotel rooms for days on end when they weren’t out on the field of play. 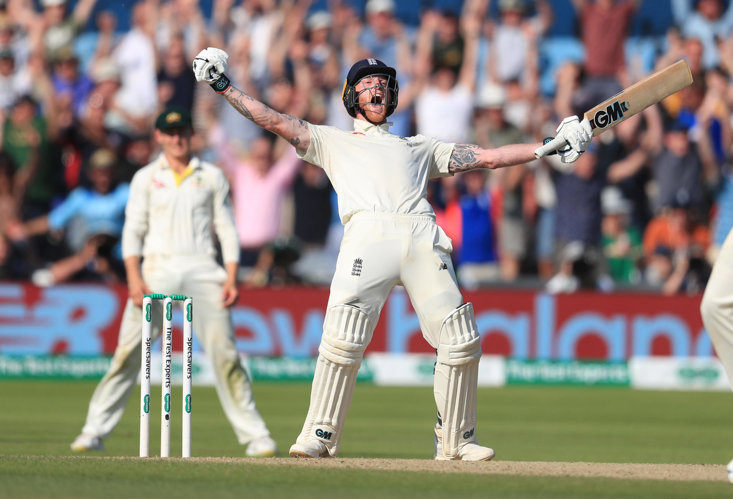 Following his father’s death in December 2020, Stokes did play for England in the Test series defeat in India and returned to the ODI fold as captain in July when the entire initial squad had to isolate because of a Covid-19 outbreak. But it makes a lot of sense that his personal tragedy and the bubble environment which leaves players alone with their thoughts for long periods of time should unite to to compromise Stokes’ mental health.

The ECB’s statement on Friday confirming the 30-year-old’s break from the game could hardly have been better worded.

"The England and Wales Cricket Board can confirm that England men's all-rounder Ben Stokes will take an indefinite break from all cricket with immediate effect,” it said.

"Stokes has withdrawn from England's Test squad ahead of the LV= Insurance Test series against India starting next week to prioritise his mental wellbeing and to rest his left index finger, which has not fully healed since his return to competitive cricket earlier this month.

"The ECB fully supports Ben's decision and we will continue to help him during this period away from the game."

Many other teams or organisations might have put the absence down to his injury alone, but this is just the latest example that the stigma around mental health issues both in sport and in society in general is falling away. Players are now making no apology for struggling, and authorities are throwing their weight behind their stars rather than encouraging them to get on with the job.

To that end, if it takes another six months or more for Ben Stokes to feel well enough to play for England again, then to hell with the World T20 and the Ashes. If it takes him another year, then so be it. Because a player’s mental well-being is more important than any major event, and more than any sport even.

Thanks to the ECB’s show of support, Ben Stokes will come back when he is good and ready, and not a minute sooner. And that will only benefit him, others like him and the whole England setup in the long run. Episodes like this show that sport is making significant positive strides in the battle against mental illness.