The European and Commonwealth cruiserweight title rematch between Chris Billiam-Smith and Tommy McCarthy promised fireworks and it certainly didn’t fail to deliver as ‘The Gentleman’ proved to be anything but, brutally stopping McCarthy to retain his titles.

The first meeting between the pair in July 2021 ended in a razor-thin split decision victory for Billiam-Smith, but this fight left no questions over outcome after the 31-year-old bludgeoned McCarthy with a huge left in the eighth that had him teetering, before dropping him to the canvas, unable to beat the count. Billiam-Smith's career-best win moves him to 15-1 (11), while McCarthy drops to 19-3 (9).

‘The Bomb’ put in a punch-perfect display to win a shutout on the scorecards and make an easy first defence of the belts she won after beating Terri Harper in November. The resilient Soledad Matthysse, a former unified featherweight world champion, put in an admirable night’s work but never really looked like upsetting the apple cart.

Mayer, who successfully defended against Jennifer Han last weekend, is the WBO and IBF super-featherweight champion and a bout with Baumgardner would be a thrilling prospect, adding to an already blockbuster year in women’s boxing  that also includes Katie Tayor vs Amanada Serrano and, hopefully, Savannah Marshall vs Claressa Shields. A fight with Hyun Mi Choi, the WBA champion, is also on the table. 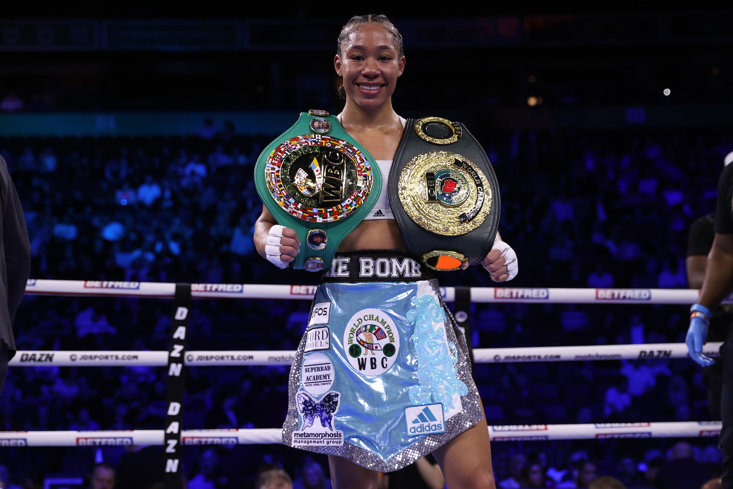 Hatton put in an aggressive and at times reckless performance against the Spaniard, a late replacement after original opponent Lee Glover pulled out, but there was no doubt he was the clear winner. Like father, like son, Hatton’s spiteful body shots gave Gregores agony but the 21-year-old’s relentless approach left him too open at times, and he caught a few punches unnecessarily at times. Another six rounds in the bank and a win in front of a home crowd - there’s work to do but he’s still learning.

The main card opened with a bang as Jack Cullen, 21-3-1 (9), and Vladimir Belujsky treated the AO Arena to an early firefight. ‘Little Lever Meat Cleaver’ Cullen bounced back from his defeat to Kevin Lele Sadjo in this same city in December by emerging a clear winner on the judges’ scorecards.

Slovakia’s Belujsky certainly had his moments, landing a few thunderous rights along the way, but the Slovakian lost momentum as the bout wore on, allowing the much sharper Cullen to take control with some excellent jab work. The home fighter, roared on by a legion of travelling supporters, nearly finished proceedings in the eighth and final round, wobbling Belujsky with some big shots to the head, but the brave visitor survived to hear the last bell.

Rest Of The Card

Highly-rated cruiserweight Jordan Thompson, 13-0 (11), put in a statement performance against Mariano Angel Gudino, stopping him inside two rounds with a big uppercut. ‘El Angel’ was beaten by Lawrence Okolie in 2020, but it took the WBO world champion seven rounds to stop the South American. 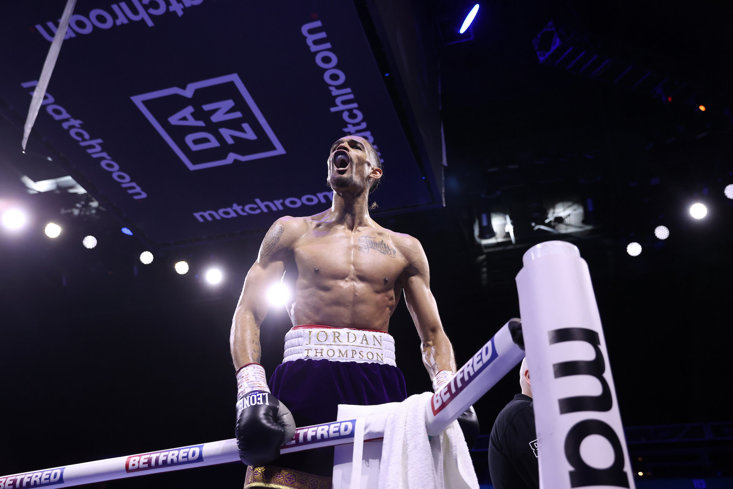 Former Team GB star Thomas Whittaker Hart, 7-0 (3), maintained his unbeaten record with a win on the scorecards in his light-heavyweight contest with a very game Ben Ridings.

Luke Evans, 11-0-1 (1), was dropped twice in his super-lightweight contest with Miguel Cesario Antin, but the man from Salford still did enough to salvage a draw against the Argentine, who had a point deducted himself.

In the opening fight of the night, JJ Metcalf, 22-2(14), put in a dominant performance in his tune-up against Evgenii Vazem, stopping the Russian in five rounds to set up a tantalising super-welterweight showdown with Kerman Lejarraga next month.