Football
News
Pragmatism above pride for coach of Les Bleus
Hector Nunns
19:41, 18 May 2021

Karim Benzema has been handed his Euro 2020 miracle after an astonishing U-turn and climbdown from France head coach Dider Deschamps saw the in-form Real Madrid forward included in a 26-man squad for this summer’s tournament.

The rumours and speculation started to sweep across France on Tuesday afternoon prior to the official press conference in the evening that the 33-year-old - shunned for almost six years by Les Bleus - had sneaked into a group expanded in size due to the Covid pandemic.

In a none too subtle hint earlier in the day, Benzema - who will wear the No19 shirt - restored the national team’s handle to his social media accounts. His last game was a 4-0 win against Armenia in August 2015, in which he scored twice.

And that larger squad size is one major contributing factor to the shock news. Others are the Group of Death in which France find themselves with Portugal, Germany and improving Hungary in their own stadium in Budapest; also Benzema’s best ever season for the La Liga giants having scored 29 goals; and some indifferent form and fitness elsewhere among the striking options.

It looks as though Deschamps – a World Cup winner both as a player and manager – has put pragmatism over pride. But this decision remains a big gamble - with public opinion, with his own relationship with Benzema in the pressured confines of a tournament situation, and with the player’s relationships with his team-mates, notably his long-time replacement Olivier Giroud. 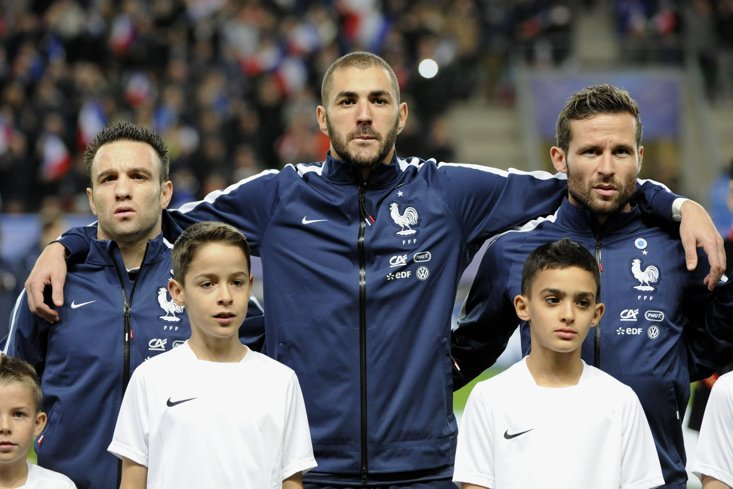 Benzema had looked destined to once again controversially be watching a major tournament finals from the sidelines. There had never been the least argument if he should be in the team purely on merit. By 2015 he had already scored 27 times for France in 81 appearances.

And the numbers for one of the world’s great clubs simply do not lie. 555 games and 278 goals for Los Blancos, four Champions League titles, three La Liga crowns and still the possibility of a fourth this year. And there have been 29 goals and eight assists in this, his best ever, season at the Bernabeu.

In the background Benzema is still preparing for a court appearance in October over the sensational ‘sex-tape blackmail’ allegations from six years ago. He describes the ongoing case against him as “a farce” - but the allegations are that he had been complicit in an attempt to blackmail former France team-mate Mathieu Valbuena for featuring in a sex-tape.

To see one of his best players become embroiled in such an unsavoury story was bad enough for Deschamps, raising issues of trust. But after being left out of Euro 2016 Benzema, of Algerian descent, accused Deschamps of pandering to “a racist part of France”.

That had appeared to be the final straw for the coach. The comments led to graffiti accusing Deschamps of being a racist daubed on the manager’s home.

Deschamps said at the time, “It is a stain. Even if with time it calms down a bit, I can't forget. It's not just about Karim Benzema. There are statements by other people too that have led to this violent act, which affects my family.

“It’s crossing the white line here. It affects my name, my family. For me, it's unacceptable. Making certain statements inevitably leads to verbal or physical aggression. I suffer the consequences. You can't forget. I can't forget. I will never forget.”

He surely has not forgotten, but it does appear that – perhaps with calming words in his ear from the likes of French FA President Noel Le Great – that as Deschamps predicted, ‘with time it calms down a bit’. Following years with neither man showing any sign of moving to a more conciliatory position, the great healer has done its job.

There is clear thinking behind Deschamps’ move. Benzema has arguably been the only French forward at the top of his game and fitness and scoring freely in recent months. 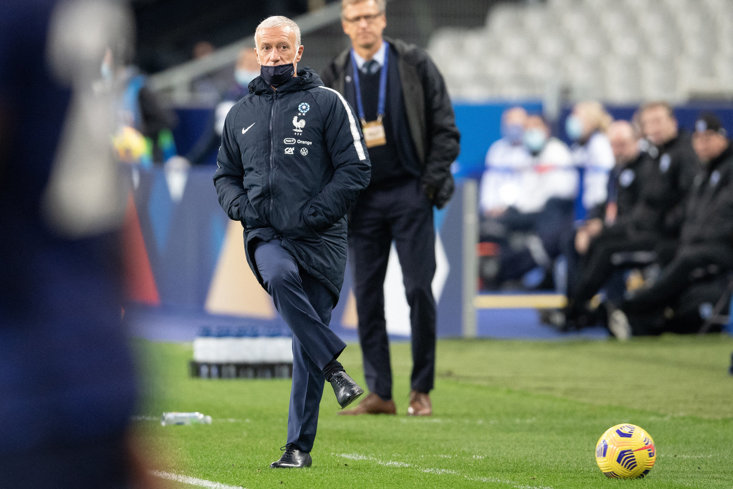 The coach got away with leaving him out before because Les Bleus reached the final of Euro 2016, and then won the World Cup two years later. So for the last three years he has been somewhat bombproof for a French football public that are split three clear ways on the issue.

Some believe Benzema should never wear the blue jersey again; others think he should never have been dropped in the first place; and another significant section are just heartily sick of the whole saga and would rather it was never mentioned again.

But this year, had Deschamps left Benzema out and France failed to progress from a very tough Euro 2020 group and then progress deep into the knockout phase, then a lot of fingers would have been pointed and questions asked.

Chelsea’s Giroud has been the main beneficiary of Benzema’s absence – and after having quietly moved on to 44 international goals, second only to Thierry Henry on 51 in France’s all-time scoring charts, he was also always going to be included this time.

In one bitter past outburst when asked to compare himself to Giroud, Benzema said,“This won’t take long. You don’t confuse F1 with go-karting. And I’m being kind. Next… and I know I’m F1.”

Back on the grid for France and in the autumn years of his career, Benzema will now want a fast start this summer – as well as avoiding any further controversy.

The likelihood now is that Benzema will lead a frightening attack at Giroud’s expense in the first-choice line-up, supported by Kylian Mbappe, Ousmane Dembele and Antoine Griezmann – with Pogba and Kante behind them.

Deschamps said, "The most important thing is the present and tomorrow - I and Karim have talked about this at length, and I will not divulge exactly what was said. But I have had certain difficult selection decisions before as national coach, reflected on many things and came to this decision."