The Betfred Challenge Cup returns this weekend, and Lewis Smith, from Betfred’s The Last Tackle, has given us his prediction for Saturday’s games:

After Sheffield and York got us off to a great start in the Betfred Challenge Cup first round on Friday night, there are four more ties to sink our teeth into on Saturday.

Oldham were just getting used to their surroundings in the Betfred Championship when the pandemic struck last season, whilst Barrow were hoping to bounce back at the first time of asking following relegation in 2019.

The Raiders haven’t made too many changes to their squad, but the addition of former Hull KR and Bradford winger Ryan Shaw gives them a real try-scoring threat out wide. They can also call upon the Super League experience of the Walne brothers, Adam and Jordan, who will both turn out for the Cumbrian club this year.

Oldham showed some promising signs in their trial match against Halifax last weekend and have a strong looking spine with the likes of Lewis Charnock and Gareth Owen directing things from the pivots.

Prediction: Barrow will be looking to set their stall out as promotion contenders against Championship opposition, and shouldn’t be discounted. That said I think Oldham will probably get the job done. Oldham by 8 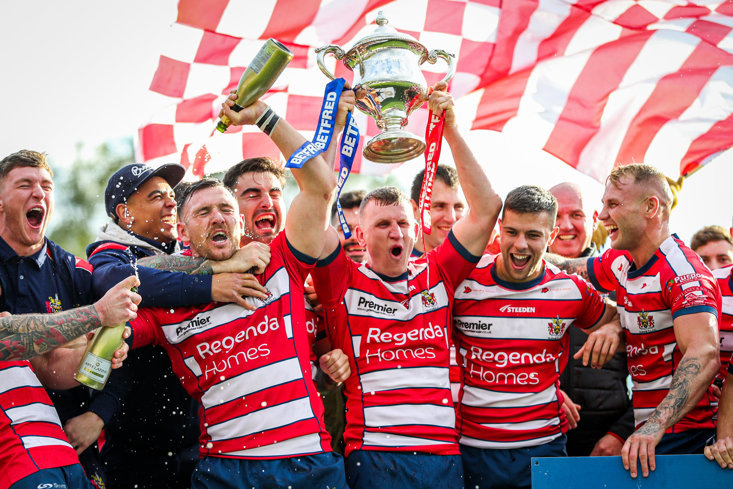 Keighley probably couldn’t have asked for a tougher first game back as they travel down to the capital to take on London Broncos at their temporary Rosslyn Park home.

Broncos coach Danny Ward has put a real emphasis on local talent in his squad, with a high number of academy graduates such as Sam Davis and Sadiq Adebiyi set to feature heavily in the first team. But he still has the Super League experience of the likes of Jarrod Sammut and Chris Hankinson to call on, and both could prove to be match winners at this level.

The eye-catching addition for the Cougars is former Halifax and Hull KR player Scott Murrell. The hugely-experienced half-back masterminded Halfax’s run to the Challenge Cup semi-finals in 2019, can he inspire another cup upset this weekend?

Prediction: I really like the project that Rhys Lovegrove and co are building at Cougar Park but this will be a step too far. Broncos by 16 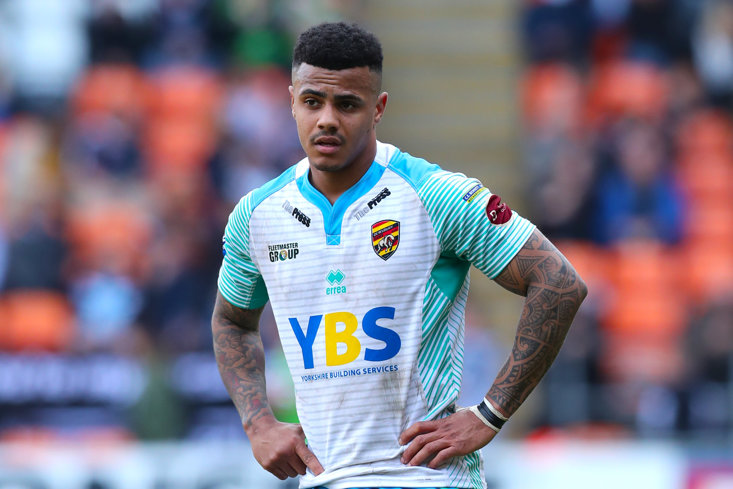 This is an intriguing cup tie.

Similar to Oldham, Whitehaven were just finding their feet in the Championship when the 2020 season was curtailed. The addition of former Leigh full-back Gregg McNally is an excellent piece of business, and it will be really interesting to see how exciting new signings such Nikau Williams and Lachlan Walmsley, who both played their development rugby in NRL Systems, get on at the Rec.

Dewsbury Rams are set to line up with stacks of experience in the halves, with Liam Finn and Paul Sykes both going around again in 2021, whilst former St Helens and London Broncos centre Matt Fleming adds some real threat in the backline alongside Will Oakes.

Prediction: Both teams will fancy this one, and it will be no shock come Saturday night if I’m proved wrong, but I’m going to back a Whitehaven win, by 6. 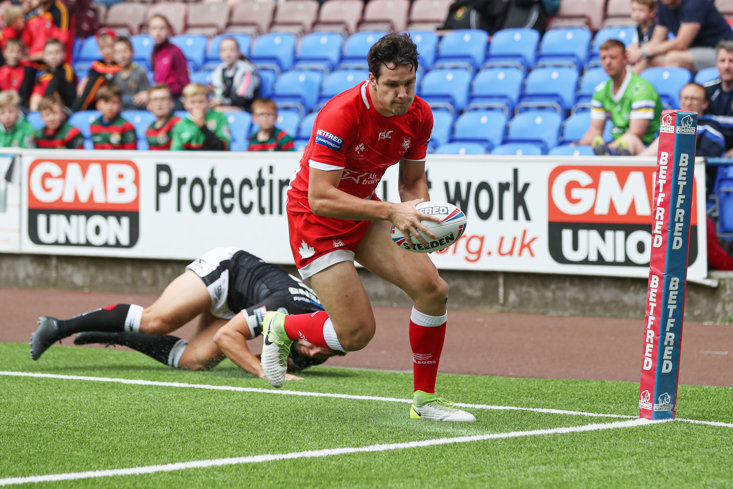 NICK RAWSTHORNE IS A NEW ADDITION AT THE SHAY

Batley travel to the Shay on Saturday night facing a stern test from a Halifax side that has serious play-off ambitions in this year’s Betfred Championship.

Fax boss Simon Grix has made some eye-catching additions to his side ahead of the new campaign, including former Toronto duo Nick Rawsthorne and Greg Worthington, who will add serious strike to the three-quarter line. The signing of Connor Robinson could also prove to be shrewd business, the former York half-back arriving in West Yorkshire very highly rated.

Batley will be hoping that their own new recruits in those positions will be able to hit the ground running, with Tom Gilmour and Jodie Broughton, both of whom were contracted to Halifax in 2020, bringing plenty of full-time experience to the squad.

This is not a foregone conclusion by any stretch, the long lay-off is sure to throw up a few results that contradict what logic would suggest, and Craig Lingard’s side definitely have players that can hurt Halifax, but under their new Panthers moniker, Grix’s side will be looking to lay down a marker.

Prediction: Don’t be surprised if this game is still too close to call after an hour or so, but I think Halifax will prove too strong over the 80. Panthers by 10