The Betfred Challenge Cup returns this weekend, and Lewis Smith, from Betfred’s The Last Tackle, has given us his prediction for Friday’s opener:

The first round of the Betfred Challenge Cup is always an exciting time, and this year it comes with added feel-good factor.

Whilst we are, of course, missing the involvement of the community clubs and a number of Betfred League One sides who help make this competition so special, it is impossible not to be pleased for the 16 clubs who are taking to the field this weekend, all them playing their first competitive match in over a year.

In many ways, it’s easy to get carried away by the symbolic significance of these games. After such a turbulent 12 months that have thrown up so many challenges for the game of rugby league, you’d forgiven for thinking that results will just be a footnote come Sunday night. Make no mistake, however, there are some very tasty cup ties on the menu, and the moment that whistle blows all dewy-eyed sentiment about being back on the pitch will be long out the window. 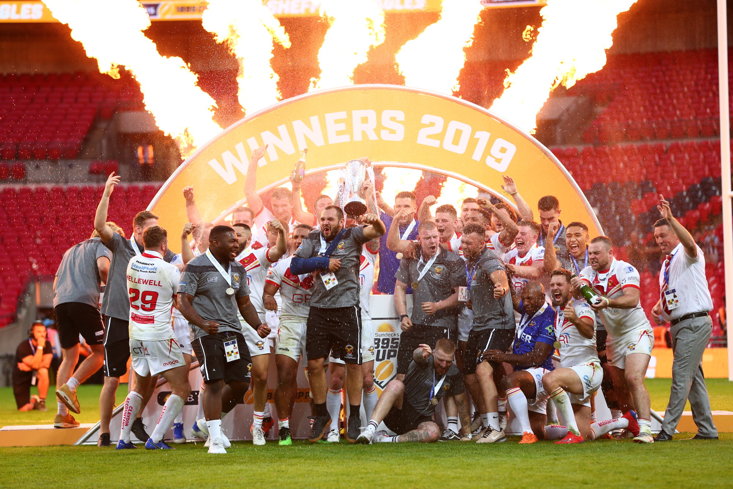 SHEFFIELD WERE THE LAST WEMBLEY WINNERS IN FRONT OF A CROWD

The road to Wembley starts at the Keepmoat Stadium, the temporary home of the Sheffield Eagles, live on The Sportsman as the York City Knights take on the 1998 Challenge Cup winners.

The Eagles hold the distinction of being the last rugby league side to win in front of a crowd at Wembley, having claimed the AB Sundecks 1895 Cup in 2019, and they’ll need to re-find that knockout form when they take on a strong Knights side on Friday.

James Ford’s York were the surprise package in the 2019 season, earning themselves a play-off place after being promoted from Betfred League One in 2018, and the 2019 Coach Of The Season has strengthened his hand further with some impressive signings, including former Leeds Rhinos duo Ben Jones-Bishop and Adam Cuthbertson.

Sheffield will be looking to the vast experience of the likes Anthony Thackeray and Rob Worrincy to guide some of their undoubtably talented youngsters, such as former Huddersfield Giant Izaac Farrell, through what should be a compelling cup tie.

Prediction: Sheffield will give this a red-hot crack but I think York will just have too much. Knights by 10.