Rugby League
News
You can keep up-to-date with all of the action across The Sportsman
Lewis Smith
14:00, 08 Apr 2021

The Betfred Challenge Cup returns this weekend, with eight games all available to watch across the Sportsman, BBC and OurLeague App. Betfred’s Rugby League correspondent Lewis Smith has given us his predictions for the weekend, starting on Friday night.

After the excitement, drama, and fun of watching the Betfred Championship and League One clubs go toe-to-toe in the first two rounds, it’s time to get serious with the 16 remaining sides just three wins away from Wembley, and the Betfred Super League big boys entering the chat.

The draw has thrown up a balance of the perfect ingredients for a potent but palatable cocktail of Rugby League Football; a mix of all-Super League throwdowns and potential giant-killings as all four Betfred Championship clubs face sides from the top table.

There are two games on the menu on Friday night, so let’s jump right in… 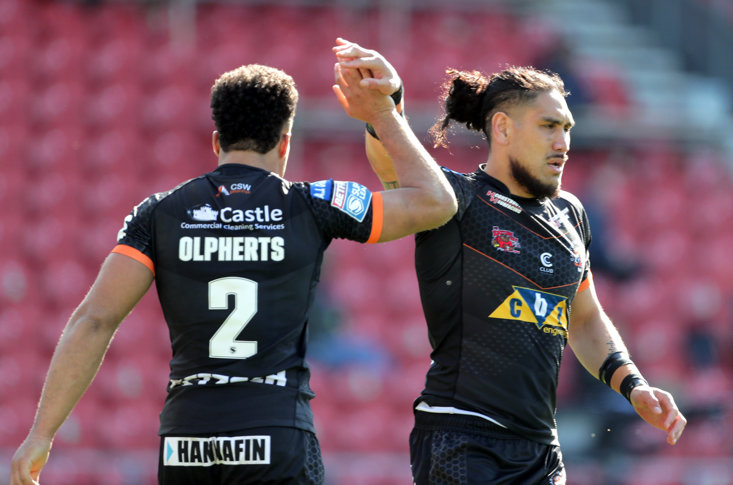 CASTLEFORD TIGERS TAKE ON HULL KR ON FRIDAY AT 6PM

The third round kicks off with an all Super League tie as two sides who have had contrasting starts to the season come head-to-head.

It was of course confirmed this week that Daryl Powell is Warrington bound at the end of this season, but there’s no doubt Super League’s longest-serving coach would like to sign off at Jungle with the Challenge Cup joining the 2017 League Leaders Shield on the shelf, and the early signs are that the Tigers are well-positioned for a good run in this year’s competition.

Perhaps the most encouraging sign for Tigers fans in their opening wins against Warrington and Leeds will have been the performance of their spine. Danny Richardson and Jake Trueman have now had a season together to build their partnership, and the addition of Niall Evalds at fullback seems to have filled one of the crucial puzzle pieces.

Evalds, who lost two major finals in two years with the Salford Red Devils has started the season on fire, adding a completely new dimension to Castleford’s attack. It’s early days of course, but if he can help get the Tigers up and running in the cup, it could be third time a charm for the England hopeful.

Hull KR produced a brilliant 20 minutes to take their opening game of the season to golden point, only for Catalans to snatch it with a drop goal, and then never looked like threatening St Helens in round two.

Tony Smith won’t be panicking after those two results, he’ll have seen plenty in that second half salvo against the Dragons to know that his side has the potential to beat anyone on their day, but the big question is, how many of those days will they have?

In some respects, this cup tie represents a free hit for Rovers. Whilst they’ll keen to pick up wins at all possible junctions in the league, this game gives them the opportunity to chance their arm a bit, play some pressure-free football, and build some confidence.

That’s not to say they won’t be taking this seriously, the minimum expectation from Tony Smith and his staff will surely be steady improvement this season, and if they can keep themselves in the game come the hour mark, the likes of Ryan Hall and Shaun Kenny-Dowall have the experience and street-smarts to guide them to a win.

Prediction: Hull KR received plenty of plaudits, just not points, for being the great entertainers last season; they need to strike that balance between attack and game management. If they can do against Cas then anything is possible, but I’m still putting my money on the Tigers. Castleford by 14

York City Knights vs Wigan Warriors – Friday, 7:45 – Live and exclusive across The Sportsman 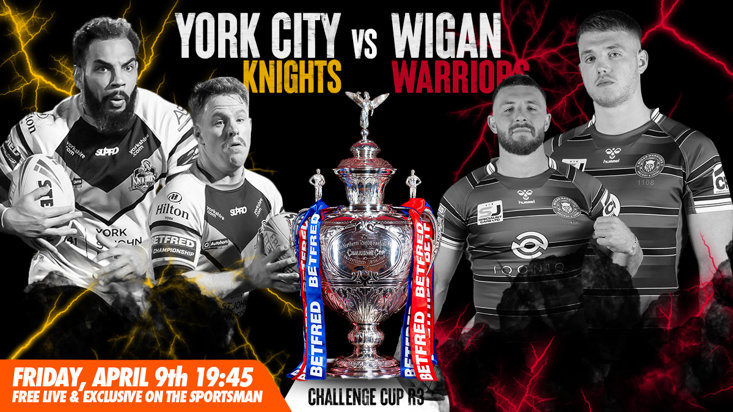 What a bittersweet cup tie this is. It’s a brilliant draw for the Knights as they welcome the competition’s most successful club, Wigan, to their impressive new home; the LNER Stadium.

That said it will be hard not to think about what might have been; this fixture and that stadium packed to the rafters would have been bonafide Challenge Cup Magic.

Sadly it’s a sign of the times that it won’t be and York Boss James Ford can’t allow that to dampen his side's enthusiasm against the Warriors.

Knight’s supporters will have been pleased with their performances in the previous rounds with wins against Sheffield Eagles and London Broncos, and even in defeat against Toulouse, they made a decent fist of it and showed some real promise against one of the promotion favourites.

There’s plenty to like about the way that York play football, and the signing of Brendan O’Hagan looks to be an inspired one. The halfback who signed for the Knights on the advice of Wigan forward John Bateman has looked a class act with the ball in hand in the early games this season, and he’ll need to produce his best yet if they are to produce a mammoth comeback on Friday.

Wigan have really had me scratching my head so far this season. They’ve won both of their opening games in the Betfred Super League, but were very ordinary in the first half against both Leigh and Wakefield, only to come good with strong second-half performances.

To be fair to Coach Adrian Lam, he’s not exactly had the strongest letters to lay down on the Rugby League scrabble board. Without Bevan French and Jackson Hastings in round one, and then losing Jai Field for five months, the Warriors have had to do plenty of shuffling in their spine. Not ideal when you’re trying to bed in some new combinations.

With that in mind this could be the perfect tie for Wigan. They’ll be forced to take York seriously, but if they can get control of the game, and just dial the pace down slightly from Betfred Super League level, then we should see a much more settled performance. The key for York, will be not letting them do that.

Prediction: If we’re going to see a big upset this weekend, this will be it. York will rightly think they can hurt Wigan, and who knows, if they can be disruptive enough to Wigan’s spine then anything can happen. That said I just think Wigan will ultimately be too good. Warriors by 18

The match will be shown live here on TheSportsman.com, as well as on our YouTube and Facebook platforms.