The lineup for the Betfred Challenge Cup final will be decided on Saturday when the semi-final double-header at Leigh Sports Village takes place, with Hull FC meeting St Helens and Castleford Tigers taking on Warrington Wolves.

Daryl Powell will be looking to lead the Tigers past his future club by way of response to last week’s 60-6 Super League hammering by Leeds Rhinos, while Hull coach Brett Hodgson is aiming for silverware at his first attempt since succeeding Andy Last at the KCOM Stadium.

Here’s what to expect from Saturday’s compelling encounters…

While St Helens came out on top last weekend when the two sides met in the Betfred Super League, there will be far more than two points up for grabs this time around, as Saints boss Kristian Woolf was quick to emphasise to BBC Sport.

“We’re really happy with what we did on the weekend,” he admitted. “But there’s a lot more on the line this week, and Hull will want to throw themselves into this competition. There will be a different intent from Hull. The last time they lost to Wigan in a league game and then challenged them in the cup and came away with a win.”

The Airlie Birds will hope to repeat their achievement of 2005, when they took apart a seemingly-invincible Saints in the Challenge Cup semi-final, winning 35-8 on their way to winning the competition. Having broken their Wembley duck with back-to-back successes in 2016 and 2017, Hull fans will want to return to the national stadium – albeit in limited numbers – for another bite at glory in the 17 July final.

For Saints there is the knowledge that they have failed to turn their league dominance into Challenge Cup success in recent seasons, with Warrington ending their dreams in the 2019 final and then again in the quarters last season. 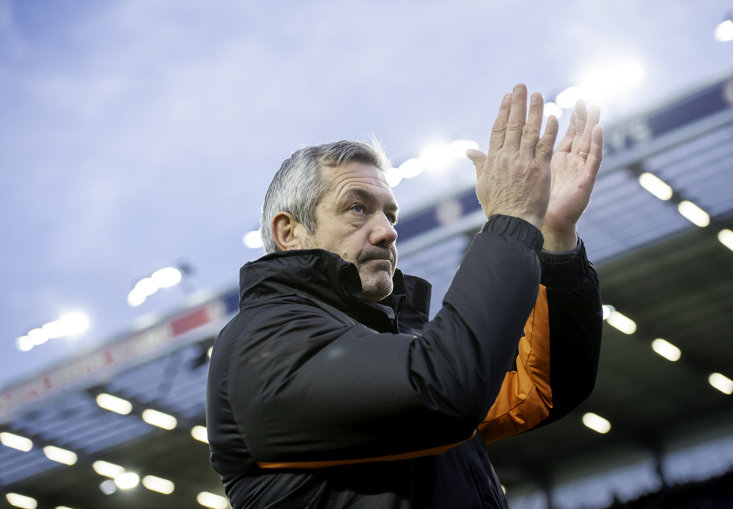 POWELL WILL TAKE CENTRE STAGE AHEAD OF HIS SWITCH TO WARRINGTON

All eyes will be on Daryl Powell in the second semi-final as he pits his Castleford Tigers side up against his future employers. After their heavy defeat to Leeds last weekend he will have an extra point to prove as Cas look to reach their first Challenge Cup final since 2014.

Warrington go into the game without superstar signing Greg Inglis, who has a hamstring injury, and Matty Ashton, who is carrying a calf problem. Jason Clark will also miss the semi-final after limping off during the 62-18 win at Salford last week with a calf issue which will keep him out for around a month.

The Wolves have previous in the Challenge Cup under departing coach Steve Price, with their 2019 triumph over St Helens following on from the double whammy of final defeats in 2018, against Catalans Dragons at Wembley and then at the hands of Dom Manfredi and the Wigan Warriors in the Super League Grand Final.

While Price will be looking to leave with a second piece of silverware, nothing would make Powell happier than leaving Wheldon Road after eight-and-a-half years with a follow-up trophy to their 2017 League Leaders’ Shield.