In a clash between two heavyweights of the rugby league world, it was Wigan Warriors who came out on top on Friday night, beating Leeds Rhinos 34-12 in the Betfred Super League.

The Warriors were looking to avenge their play-off defeat last season, which brought an end to Adrian Lam’s tenure. And Matt Peet’s side did that emphatically, making it two wins from two, with special thanks to a sensational Jai Field who notched three tries, two conversions and his second player of the match award this season.

Leeds, meanwhile, remain on the hunt for their first win of the campaign, having suffered defeat in their opener to Warrington.

After a dominant opening ten minutes at the DW Stadium, debutant Blake Austin got Leeds up and running after slicing through the Wigan defence for the game’s opening try. Aidan Sezer added the conversion. A fortuitous bounce off Jake Bibby's arm and onto his foot helped pull the hosts back into the game, with Field grabbing the ball before it hit the ground and playing to level the match at 6-6, with the subsequent conversion also scored.

Wigan, who failed to score a single point in their last two games vs Leeds, extended their lead on the stroke of half-time thanks to another Field try, cutting through the Rhinos defence after taking an offload from John Bateman. The full-back converted again to give Wigan a 12-6 lead heading into the break. 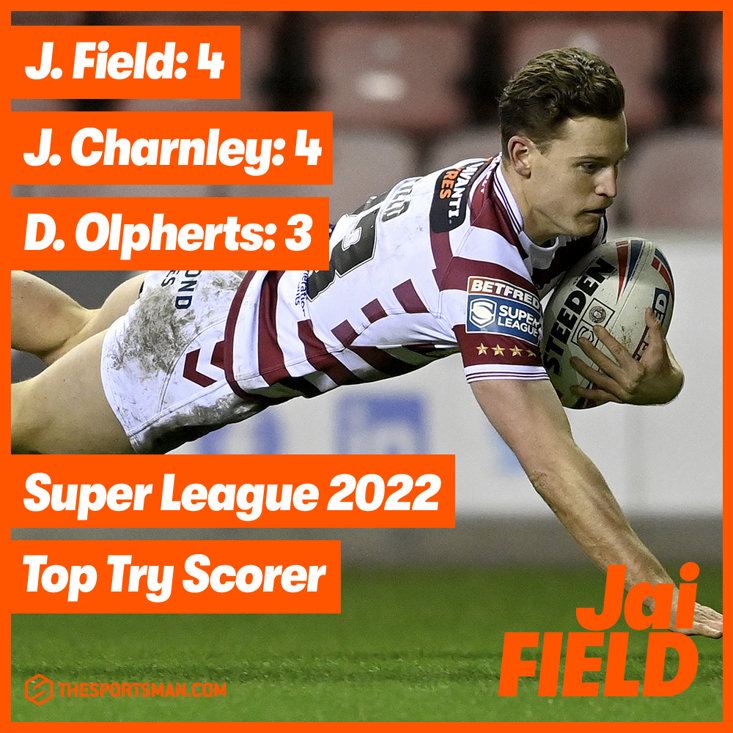 In the second-half, the visitors were blitzed by two quick succession Wigan tries. First Sam Powell and then, straight from the restart, Field, with his first professional hat-trick and fourth try in two games, ran the length of the pitch to give the Warriors a 24-6 lead. Zak Hardaker followed up with the conversion. The Rhinos’ misery continued when Powell added his second of the night shortly after, although Hardaker was unable to convert this time around.

Matt Prior pulled the away side back into the game after finding a gap through the Wigan defence at close range, with Sezer converting. But any glimmer of hope for Leeds was short-lived, with Cade Cust offloading for Liam Farrell to give the second-row an easy finish and put the Lancashire outfit out of sight against their Yorkshire rivals. Hardaker followed up with the conversion to wrap up the win.