Rugby League
News
The entire round this week will be dedicated to mental health awareness
George Riley
11:55, 18 May 2022

“Back then we didn’t have welfare, it was just deal with it, get on with it. My head was a mess.”

Rugby league shines a light on mental health and wellbeing this week with the entire round of Betfred Super League fixtures dedicated to the sport’s ‘Tackle The Tough Stuff’ campaign.

Lee Briers is one of a number of high-profile figures backing the drive from independent charity Rugby League Cares.

They, along with rugby league’s other leading mental health and fitness charity State of Mind Sport represent some of the unsung heroes of the game that league legend Briers says he, and his “macho” former team-mates, could have done with years ago.

“I didn’t know how to deal with grief,” Wigan’s assistant coach tells The Sportsman, opening up about the devastating impact the 2001 death of his brother had on his early career and adulthood.

“I did not deal with it. I went off the rails, drank too much to hide the pain. I didn’t get any help. I was Lee Briers the superstar, everything is alright. 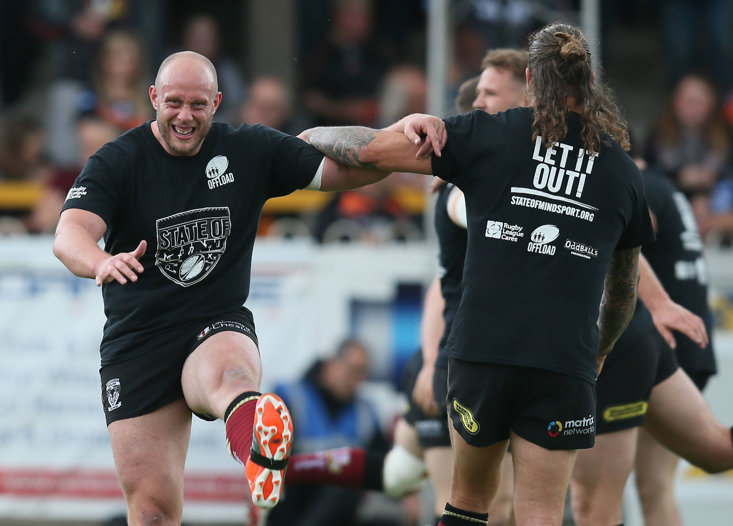 STATE OF MIND HAS BECOME A STAPLE OF BETFRED SUPER LEAGUE

The aim this week is to not only raise awareness of issues around mental health and wellbeing within the rugby league community, but to signpost where help is at hand in an increasingly difficult time for everyone during which it is needed more than ever.

The work of Rugby League Cares is diverse, offering mentorships, grants, education and advice for players in transitioning out of the sport when they retire, and financial lifelines to those hit by career-ending injury.

The ‘Ahead of The Game’ programme, as part of this year’s World Cup, is equipping the next generation of rugby league players with the mental tools they will need in sport and in life.

Welfare boss Steve McCormack, who coached Scotland through three World Cups, is on his phone 24/7 supporting players in need at all levels.

There is access to counselling services and mental health support directly through the charity and via its link with Sporting Chance, a clinic set up by former England football captain Tony Adams.

And there is the acclaimed Offload programme, a mental fitness project founded and delivered - initially in conjunction with State of Mind - through rugby league clubs in areas with traditionally high male-suicide rates. It is a weekly drop-in workshop, open to anyone, can be accessed in an increasing number of regions and is free.

“The strength that rugby league probably has over any other sport is that it is a community, a family, we are all one,” says Briers, with education in and access to mental health support in this post-pandemic world as critical as it has ever been.

“The big thing we push at Wigan is that we care. If players know you care, the likelihood is they will respond.” 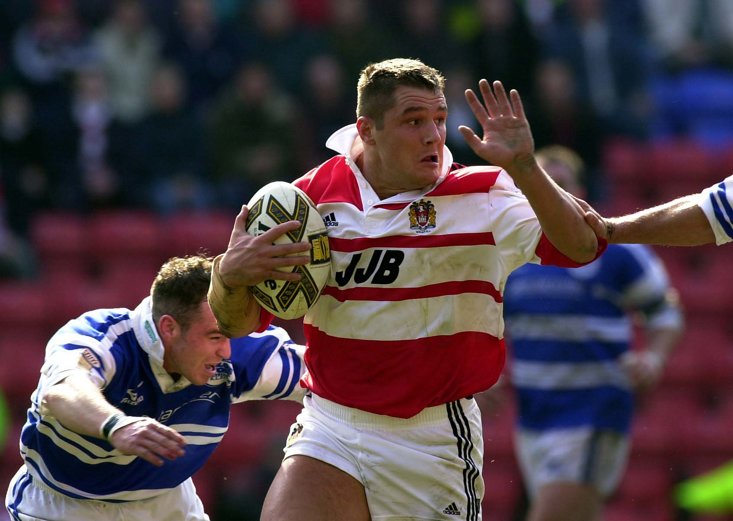 It is not just the players that RL Cares and State of Mind Sport - a charity set up following the suicide of Great Britain international Terry Newton in 2010 - are there for.

Indeed, this writer feels indebted to have had first-hand experience of rugby league’s support in recent years, from attending and now working as a presenter for the Offload programme, to accessing mental health support through Sporting Chance, RL Cares and State of Mind.

This column is probably not the place to discuss my own journey through adversity and a mental health dark hole that I never knew existed, but thanks to those mentioned in this column there was the helping hand to climb back out.

The thing about adversity, in sport and in life, is that you generally can’t see it coming. Sometimes things happen that you could never foresee and that change the direction of your life completely. But the process equips you with the tools and experience to deal better with life’s tough stuff next time, and that is what Offload, and the mental fitness workshops run by State of Mind, are all about.

Good on rugby league for choosing to Tackle The Tough Stuff, and the fixtures themselves look like they have plenty at stake.

Warrington Wolves continue to struggle under Daryl Powell and could do without playing champions St Helens. The players are clearly still struggling to adapt to new systems, and something doesn’t feel quite right in the squad.

There’s a huge game at the bottom as Wakefield Trinity, fresh from defeat at rock-bottom Toulouse, go to fellow strugglers Leeds. The Rhinos were well beaten again at Salford Red Devils in the first match under new boss Rohan Smith. Salford’s players tell me they were surprised at defensive changes made by Leeds that allowed them easy metres. 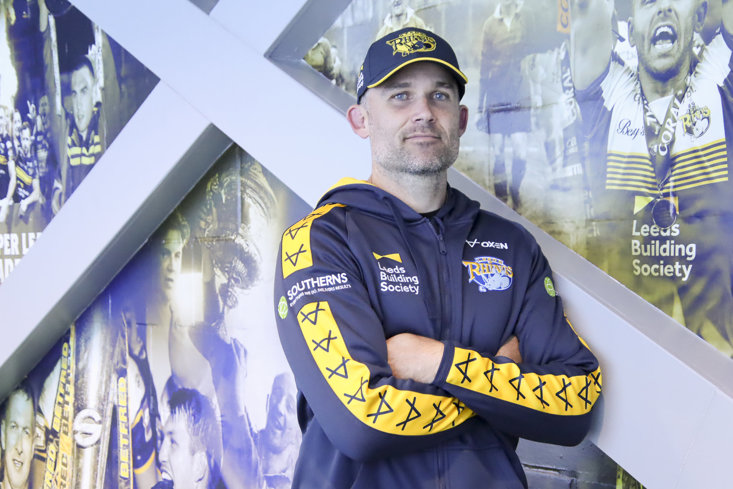 ROHAN SMITH IS HUNTING A FIRST WIN AS LEEDS COACH

The three TV games over the Tackle The Tough Stuff Round will include Rugby League Cares Fan Zones.

At Warrington, Salford and Hull Kingston Rovers, the charity will have a ‘Hair, Hands, Head’ double-decker bus for fans to drop in for a free haircut and hand massage, plus tips for managing mental fitness from an Offload presenter. The idea being that managing our mental fitness is a natural and everyday thing, like getting a haircut.

The complex nature of mental health, of course, is that those struggling with aspects of their mental fitness will find it most difficult to open up and take that step.

But those small steps of courage often prove the most powerful, and rugby league is leading the way in harnessing the power of sport to promote positive mental health.