Snooker
News
This year’s contingent of six in the first-round line-up from Wales is the highest for 32 years
Hector Nunns
16:05, 14 Apr 2022

The first trivia question bandied around the media room at this year’s Betfred World Championship at the Crucible in Sheffield before the action gets under way on Saturday – name the eight Welsh Players that played at the Crucible in the 1990 tournament.

The reason, quite simply, being that this year’s contingent of six in the first-round line-up from the Principality, a country with such proud snooker traditions, is the highest for 32 years.

Three-time champion and eighth seed Mark Williams, very much the talisman and flag-bearer, has been joined by five others after an extraordinarily successful couple of days in the qualifying event for Wales at the English Institute of Sport.

Neath pair Jamie Jones – who will play defending and four-time champion Mark Selby in the first round – and the ‘technically amateur’ Michael White, a former ranking-event winner who is back on tour next season, booked their slots on Tuesday. White has been drawn against Williams.

And on Wednesday they were joined by two-time finalist Matthew Stevens, the feisty Jamie Clarke, and the exciting 20-year-old prospect Jackson Page, making his Crucible debut and one of several to have enjoyed the mentoring touch of Williams.

Williams, Ray Reardon and Terry Griffiths are the three Welsh players to have lifted the famous silver trophy in the arena, while Stevens and Doug Mountjoy have played in the final.

The 47-year-old Williams always claims to be the poor relation in the Class of 1992, having turned professional the same year as Ronnie O’Sullivan and John Higgins. But just surveying his career, achievements and trophy haul, that modesty doesn’t bear much close scrutiny. Williams is up there with the best, and viewed by most observers as a snooker great. 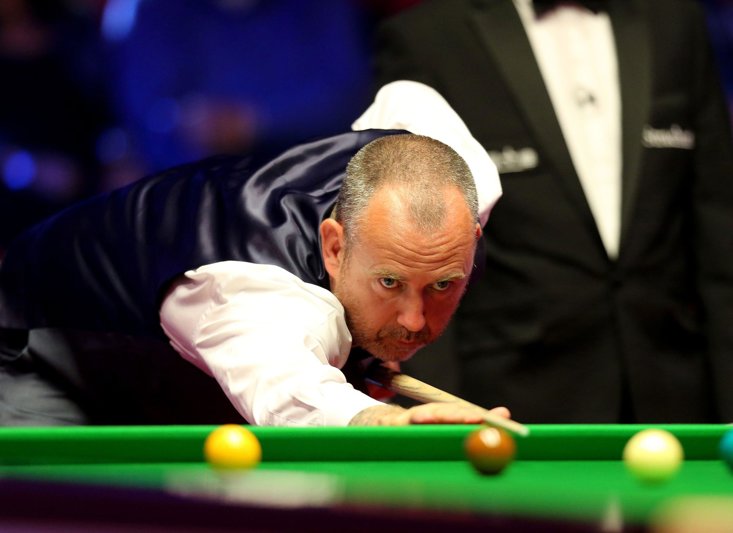 Without a shadow of a doubt his finest hour was the third Crucible triumph in 2018, which came somewhat unexpectedly 15 years after his previous world title, and after a quiet brilliant final against Higgins. Prior to that resurrection there had been a slump, with Williams almost quitting the sport before a pep talk from wife Jo, and coaching help from SightRight’s Stephen Feeney.

But he is still producing a very high standard of play. The recent contest against O’Sullivan at the Tour Championship may have ended in a 10-9 defeat, but was hailed by pundits as the match of the season.

Stevens is almost as experienced, a Crucible thoroughbred who in one six-year period from 2000 to 2005 was not only a contender each time, but got to five semi-finals and two finals. Often those performances on the biggest stage saved his season and his top-16 ranking, in the days before the current rolling system. He faces Jack Lisowski.

But the most pleasing aspect from the Welsh point of view is how the younger players delivered under pressure in qualifying’s Judgement Day. Jones is a former Crucible quarter-finalist and a very accomplished player, whose career was seriously interrupted by a year’s ban for failing to report an illegal approach over a match for which David John was banned for match-fixing – a charge of which Jones himself was cleared.

The absence from competition effectively saw the ban extended as he fell off the tour, but the 34-year-old Jones is now back, confident, up to No37 in the rankings and a danger to bigger names with Selby next up.

White is a former Paul Hunter Classic and Indian Open winner, but fell off the tour in 2020, that coming after admitting to suffering from depression with life on the tour away from home exacerbating the situation. But his displays as a top-up player would have got him back on tour anyway, even before getting to the Crucible which automatically guarantees that.

Jamie Clarke is a real competitor, who was caught up in controversy in his only previous Crucible appearance in 2020. In a second-round clash with Anthony McGill, having knocked out Mark Allen, he clashed with the Scot and referee Jan Verhaas after being accused of standing in McGill’s eyeline while he was addressing shots. He went on to lose a fiery classic 13-12, and takes on reigning UK champion Zhao Xintong.

Oh, and the answer to that question just in case you had been wondering, or racking the grey cells… Griffiths, Mountjoy, Darren Morgan, Cliff Wilson, Wayne Jones, Tony Chappel, Steve Newbury and Mark Bennett.

Both Griffiths, the 1979 world champion, and Morgan reached the quarter-finals that year. Griffiths went down 13-5 to Jimmy White, with the Whirlwind just approaching his golden years at the Crucible.

And Morgan lost 13-6 to eventual winner Stephen Hendry, claiming the first of what would become a record seven successes. Hendry went on to finish second in that year’s BBC Sports Personality of the Year awards, finishing behind only Paul Gascoigne after Italia 90.

It was the only career appearance at the iconic theatre for Chappel, who lost 10-4 to Tony Knowles in the first round.